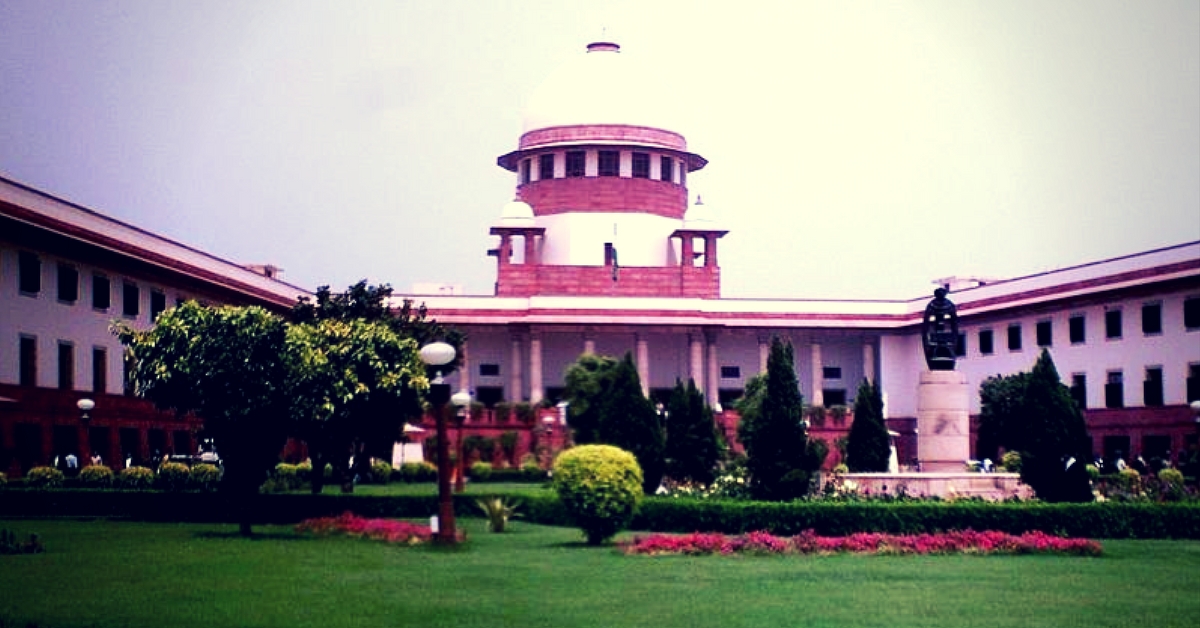 This isn’t about personalities or controversies, but about the state of an institution that dispenses justice at the very highest levels of our democracy.

Last Friday, the Supreme Court of India, which is the highest judicial body of this country, faced its most significant institutional crisis since Independence. Four senior judges of the Supreme Court conducted a press conference in the national capital, protesting the manner in which the court, and particularly the chief justice, has conducted affairs.

More than the press conference, however, it was the contents of a letter they had written to the chief justice in November 2017, which contained more damaging information about the institutional crisis that stands before them.

The letter, released by the four judges to the press, spoke of how “the overall functioning of the justice delivery system,” “independence of the high courts” and the office of the chief justice have been “adversely affected.”

At the heart of their contention is the manner in which they feel the chief justice is administering the court in his capacity as ‘Master of Roster,’ which I shall come back to a little later.

Although the protesting judges were at pains to tell the media that they weren’t breaking ranks, and no outside intervention is required, something is clearly brewing. As Indians, we must all be concerned. We all have a stake in it.

Going above and beyond the words of these judges, it is imperative to note that the crisis facing the court isn’t one of the personalities, but about the very institution. As mentioned above, the chief justice is often known as the Master of Roster, or the judge vested with the authority to decide when a case will come before the court for adjudication and which judges will hear it.

On the subject of hearing and adjudicating cases, all judges are equal. But in administering the affairs of the court, it is the Chief Justice who is “first among equals.”

This isn’t a model alien to the highest courts around the world, and in fact, many major democracies appoint one for the effective and efficient functioning of the court.

However, there are some fundamental concerns around how this model has played out in India. For starters, the Supreme Court has 26 judges on its roster, and they usually sit in benches of two to adjudicate on cases that come before them.

Contrast this model with the United States, which has a total of nine judges, and all of them sit together to hear individual cases. In Brazil, the Supreme Federal Court is constituted by eleven judges, who act in its panels as well as in its plenary. Meanwhile, in the United Kingdom Supreme Court, 12 judges sit in panels of five or more to hear cases.

Why are these comparisons important? Unlike these courts, the Chief Justice of India has greater discretionary powers by virtue of the number of judges that he can choose from to hear particular cases and pass judgments. Should this matter, considering their job is to apply the law?

In a recent column for The Indian Express, Gautam Bhatia, an advocate in the Delhi High Court and a prolific writer on important constitutional matters, explains how this structure matters. “Legal texts are linguistic artifacts, and language is always open to interpretation. Nor can the discipline of law be segregated from the social, political and historical context in which it exists. Two judges who come from different contexts may even understand the same set of facts very differently,” he writes.

To stem this, the courts have come up with a system of precedent. This means that when a principle is established in a previous case, that is either binding or at least persuasive when the court adjudicates on subsequent cases with similar issues or facts. The courts have also over time adopted a commonly accepted approach towards interpreting laws.

In his column, Gautam Bhatia argues how the power of precedent has lost its sting in the past three decades. He attributes this decline to two practices that have gained increasing traction in the highest court — public interest litigations (where cases are not brought forward by the aggrieved party, but by the court itself or a third party) and judges sitting in small benches.

With this structure in place, judges find that they have greater wiggle room to apply their own interpretation of the law based on their prevailing philosophy or ideology.

Hence, the fate of a particular case becomes entirely dependent on who sits on the bench, and that in turn is decided by the chief justice. This is literally a lottery of sorts.

Finally, the biggest problem that the Supreme Court, and the judiciary as a whole, is saddled with an enormous backlog of cases. The reasons for this backlog are well documented.

However, this backlog results in a scenario where certain cases are given preference over others, vesting greater power in the hands of the Chief Justice.

As K. Parasaran, former Attorney General of India, argues in this column, “the judiciary is not accountable in the manner that the executive is accountable,” and that’s a problem. Important cases of public interest that are time sensitive have thus suffered because of this discretionary power that exists in the hand of the Chief Justice.

Read also: Living Will to Aadhaar: Important Cases the Apex Court Will Hear in 2018

When the Supreme Court struck down the National Judicial Appointments Committee Bill passed by both Houses of Parliament, it vowed to bring greater transparency to how it appoints judges through the Collegium system. There is little movement on the Memorandum of Procedure meant to fix this lacuna, which was deliberated upon by both the Supreme Court and the government.

What we are left with is an office (the Chief Justice) that is vested with extraordinary powers. An institution cannot survive if it’s dependent on one person, and both the Judiciary and Parliament must find a way to bring greater accountability and transparency in the functioning of the chief justice and the judiciary, without compromising judicial independence.

This is precisely the reason why, for example, Parliament constituted a six-member Monetary Policy Committee to determine monetary policy, instead of leaving the Reserve Bank of India’s governor as the sole arbitrator of a nation’s monetary policy.

The survival of any institution in a democracy is not merely dependent on the people who occupy its high offices but the system of checks and balances it effectuates.