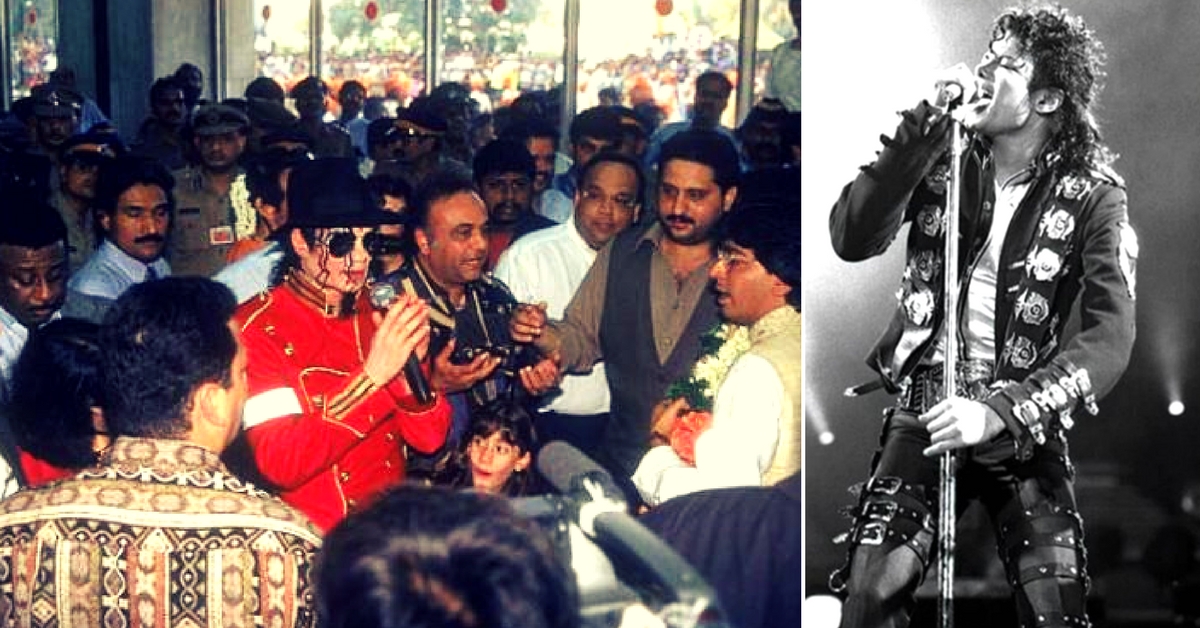 Here’s the story of Michael Jackson’s 1996 concert in Mumbai, one of the most iconic performances in the history of Indian entertainment.

“Music has been my outlet, my gift to all of the lovers in this world. Through it, my music, I know I will live forever.” – Michael Jackson.

It has been more than eight years since the untimely death of Michael Jackson. But for his countless fans around the world, the legendary artist remains immortal thanks to his timeless music and incredible dancing.

The ‘King of Pop‘ has inspired legions of musicians and dancers in India too. Several Indian actors and choreographers have also paid a homage to Jackson, by imitating his trademark moves that include the pelvic thrust, the sideways glide, and the iconic moonwalk.

In fact, Ranjeet Singh (a 38-year-old traffic cop from Indore who is also a die-hard Michael Jackson fan) was recently in the news for using moonwalking to direct traffic!

Despite such evident popularity, few Indians — especially millennials — know that Michael Jackson once performed live in Mumbai. Here’s the story of one of the most iconic concerts in the history of Indian entertainment.

The early 1990s was a time when the internet was yet to become ubiquitous. Mumbai’s Viraf Sarkari (who had founded Wizcraft International Entertainment Pvt. Ltd. in 1988) had received a fax saying that Michael Jackson would like to perform in India and that he’d like Wizcraft to organise the tour.

At that time, Michael was already a global star who dominated the music charts at will. With this in mind, Sarkari thought that fax was a prank and ignored the request. Until, a few days later, when he received another fax with the same message. This time, he replied that Wizcraft wouldn’t believe it till Jackson himself talked to them and confirmed the request.

To his utter surprise, this demand was accepted and a few days later, Sarkari and his partner Andre Timmins met the King of Pop at a studio in Los Angeles. Wary about the star canceling at the last minute, the duo told Michael that their company would be finished if he backed out later. He assured them that he wouldn’t.

And he kept his word. On October 30, 1996, Michael Jackson arrived in Mumbai —  newly renamed from Bombay. 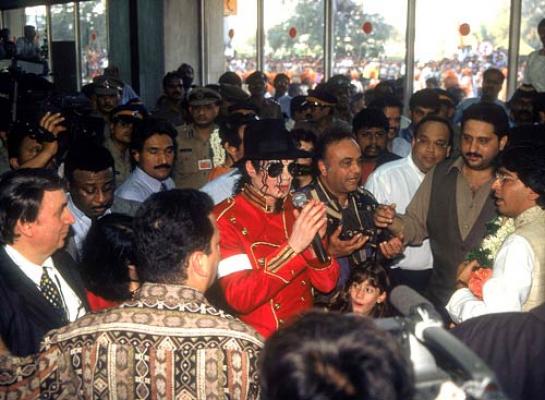 What greeted him at the airport can be best described as unprecedented and unadulterated fan frenzy. For this was a man whose celebrity cut across all barriers.

The phenomenal turnout included over screaming 5000 fans and teenyboppers who had come to catch a glimpse of the famous pop star. They were joined by local dancers with dhols and lezims (jingling cymbals) whipping up a musical frenzy of their own.

Decked up in an orange nine-yard sari and a Maharashtrian nathni, actress Sonali Bendre gave Michael — attired in his trademark red jacket, hat, and sunglasses — a traditional Indian welcome, with aarti, teeka and all other accouterments. Once this was done, the legend walked straight into the heart of the impromptu dance party that had started, courtesy his awaiting fans. 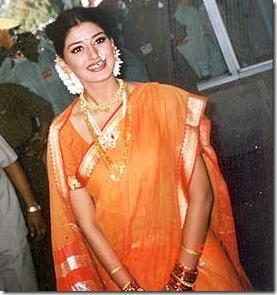 After shaking a leg with the crowd, blowing kisses and waving to everyone around him,  Michael left for his hotel (the Oberoi Hotel at Nariman Point) in a 30-car motorcade. On the way, he frequently popped out of his Toyota’s sunroof to greet the crowds. In fact, at Dharavi, he stopped, got off, and walked into the colony to meet its overwhelmed residents.

Not only was the entire 15 km route lined with crowds, this hotel too was choc-a-bloc with hopeful fans queuing up to get a glimpse of the star up close. Surprising the hotel staff, Michael mingled freely with the crowd (that included everyone, from cricketing legends and industrialist to actors and editors) before heading to his suite.

It had already been stocked with his favourites — chocolates, orange-flavoured drinks and sweet white wine (yes, the legend had a legendary sweet tooth)!

The concert that followed on November 1 was simply spectacular, a show that the audience will never forget.

The ultimate performer, Michael made a dramatic entry — emerging from a rocket-like capsule in a gold and black suit — before regaling the jam-packed Andheri Sports Complex with an outstanding performance of his greatest hits.

Bowled over by his showmanship and sheer star power, the captivated audience began singing and swaying along. In the VIP box, the effervescent Asha Bhosle had started dancing, encouraging others to do likewise. Soon enough, Sunil Gavaskar was on his feet, as was India’s very own dancing wizard, Prabhu Deva.

On the streets outside the complex, people who had been unable to get in broke into dances — Michael’s foot-thumping music could be heard for miles. In one line, it was magic and it finished too soon for those lucky enough to have witnessed the show.

Later that night, Michael returned to his suite, and by 7 am the next day, his aircraft was back in the air. The King of Pop’s first and only tour of India had been a mammoth success.

However, the highlight of this tour was not its stunning success but the pop star’s subtle acts of kindness that lingered long after he left India. Like the tea party at the Oberoi hotel that he hosted for orphan kids. Or his spontaneous invitation to the hotel’s staff to join him on the tour bus. Or the heartfelt message that the staff found scribbled on his pillow (it was later auctioned for charity).

Here is what it stated:

“India, all my life I have longed to see your face. I met you and your people and fell in love with you.

Now my heart is filled with sorrow and despair for I have to leave, but I promise I shall return to love you and caress you again.

Your kindness has overwhelmed me, your spiritual awareness has moved me and your children have truly touched my heart. They are the face of God.

I truly love and adore you, India. Forever, continue to love, heal and educate the children. The future shines on them.

You are my special love, India. Forever, may God always bless you.” 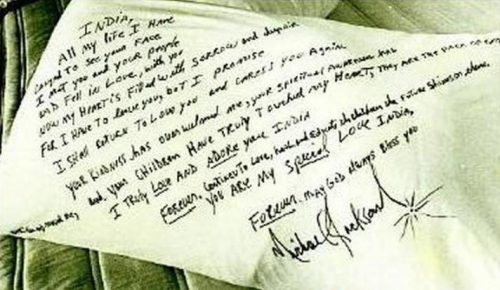 You May Like: Asha Bhosle at 84 — Little Known Facts About the Life of a Legend