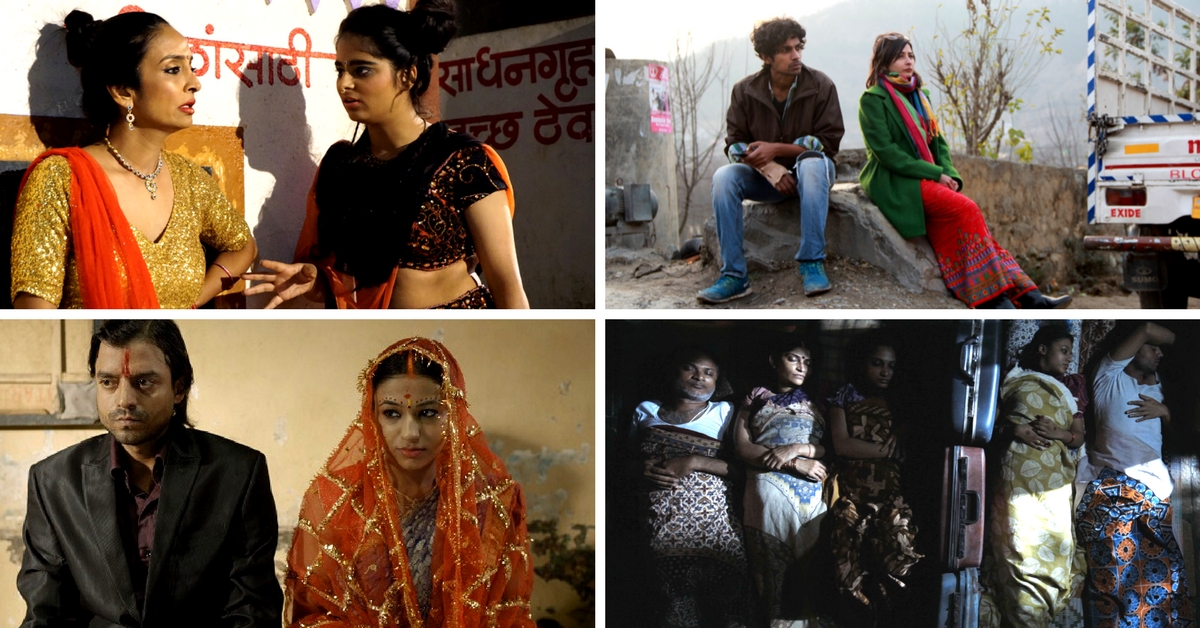 Despite the many shoddy films released in 2017, there were a few good surprises, courtesy independent filmmakers who told their stories with wonderful assurance and finesse!

The trade pundits declared 2017 as a disappointment for the Hindi film industry. A majority of the films released, including those with popular star casts and big budgets, had a poor run at the box-office.

However, there were a handful of filmmakers who stayed away from the influences and pressures of the mainstream film industry. These filmmakers, who made films with an original voice and content, are part of an emerging tribe of independent, or ‘indie’ filmmakers around the world who have an ever-growing presence on social media sites, making films outside of the conventional studio system.

While some of the films are crowdfunded and some are self-funded; each one of them displays a strong personal vision spanning different forms and genres. And the stories are told with wonderful assurance and finesse.

Here are some shining examples: Shreelancer (2017) is a contemporary take on the life of a freelance copywriter who struggles to cope with the self-doubts about his artistic abilities, while Love and Shukla (2017) depicts the unfolding of a new marriage. Tikli and Laxmi Bomb (2017) narrates the trials and tribulations of two sex workers kicking men out of the system and beginning to run a portion of the industry themselves, and Autohead (2017) is about a crew making a film about an auto rickshaw driver in Mumbai who turns out to be a killer.

The first significant hurdle which these filmmakers have to overcome is accumulating the appropriate budget for shooting the film.

“All my films are funded by private investors—mostly friends who wanted to test the waters of the film industry without having to invest big bucks,” says the copywriter-turned-filmmaker Sandeep Mohan, who made his three films, including Shreelancer, on a very tight budget.

Similarly, when Siddartha Jatla made his film, Love and Shukla, he did not wait for a producer to give him a chance. He and Amanda Mooney, the co-writer and co-editor of the film, invested their savings and relied on the kindness and talent of the actors and crew to complete the film. Love and Shukla went on to win the prestigious NETPAC award.

Also Read: Assamese Cinema Is Getting a Breath of Fresh Air Thanks to These Filmmakers

Due to budget restrictions, independent filmmakers are compelled to work with limited means, right from the scripting to the actual shoot.

In the words of Rohit Mittal, the director of Autohead, “I see people writing scripts that require a lot of money, and they end up never making films. I am scared of that. Besides that, I have been shooting guerilla style for a long time now.”

“Guerrilla” shooting is characterised by low budgets, skeleton crews, and simple props using whatever is available. Scenes are often shot in public with no permits.

Aditya Kriplani, the director of Tikli and Laxmi Bomb, adopted similar measures in shooting his debut venture all over the city of Mumbai instead of creating sets. However, he does say that this shooting style needs outstanding actors, who can improvise quickly.

Making the film is only half the battle. The other half is distribution, and that is an entirely different ball game.

For Shreelancer, Sandeep approached Travelling Cinema screenings, where, with the help of a small projector, he would screen his film in cafes, pubs, colleges, homes, offices, art galleries, and other similar spaces.

“Shreelancer started to get picked up for film festivals only after 35 odd screenings, and slowly, as the good word spread, it got a theatrical release,” says the filmmaker. Many filmmakers have not been that lucky, but online platforms have come to their rescue. For example, Autohead was not released in theatres but is available on Netflix.

Rohit blatantly admits, “I don’t care about releasing my films in the theatre anymore. Most people watch films at home or on their phones these days, and thankfully it promises a great revenue model, which was not possible for independent filmmakers ten years ago.”

Regarding their views on the contemporary practices of independent filmmaking in India, many of these directors believe that it’s a great time to be a filmmaker right now because unusual stories from all parts of the country are coming to the fore, and audiences are opening up to these films.

In the words of Siddharta Jatla, “Production houses are looking for new stories and new directors and there have been enough instances of micro-budget films being appreciated by the mainstream audience.”

Also Read: 17 ‘Must Watch’ Indian Films That Were Way Ahead of Their Times!

However, Rohit begs to differ, and says, “To be honest, the market in India has slowed down for many reasons. I would like it if we independent filmmakers made more engaging and entertaining films rather then ones that are slow-paced or deal with a social issue.”

On a similar note, Sandeep says, ‘Right now it is a tough scene out there for independent films especially when it comes to getting a theatrical release since the big theatre chains are not very supportive of these films. If there are around 100 small theatres with a capacity of 50 or so in India exclusively meant for independent films, the whole game will change.”