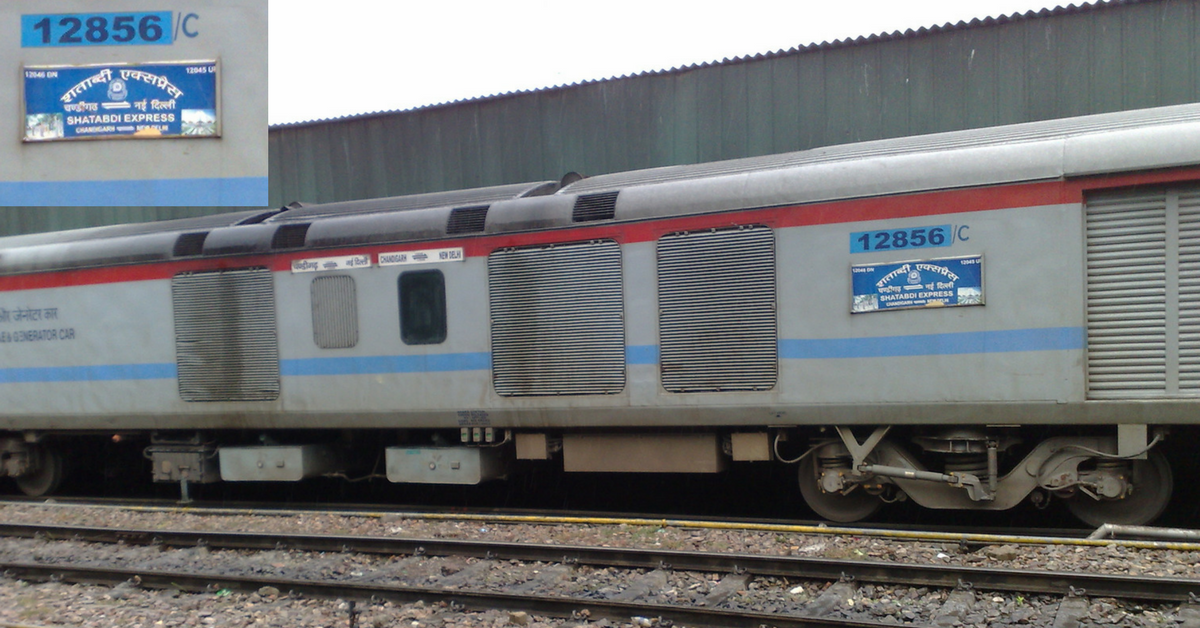 Indian Railways have always endeavoured to enhance the fire safety of coaches by using fire retardant furnishing materials to mitigate the effect of fire.

Every once in a while we read about some train compartment catching fire and claiming the lives of many pas. Imagine travelling on a train that is not susceptible to fire – wouldn’t that be great?

The Chandigarh-New Delhi Shatabdi plying from Chandigarh railway station, which was modified under the project ‘Swarna’ has coaches which are not vulnerable to fire anymore.

The Shatabdi 12046/12045 train, comprising of one executive coach and nine other chair cars, was revamped under the scheme.

Indian Railways have always endeavoured to enhance the fire safety of coaches by using fire retardant furnishing materials to mitigate the effect of fire. Specifications for such furnishing materials have been periodically reviewed to incorporate fire retardant parameters in line with UIC (International Union of Railways) and other international norms.

The railways have incurred a cost of Rs 2.5 crore for each coach of the new train.

The compartment aisles have also been marked with fluorescent strips for guidance and safety of passengers, which is similar to that of airlines. The coaches also have refurbished interiors, upgraded toilets and automatic hygiene control systems. Officials said that the changes made in the coaches would not only facilitate hygiene but also be useful in security. CCTV cameras are installed, and the number of Railway Protection Force (RPF) personnel deployed has been increased, as reported by Times of India.

Let’s hope that these measures ensure utmost safety for the passengers of Indian Railways.