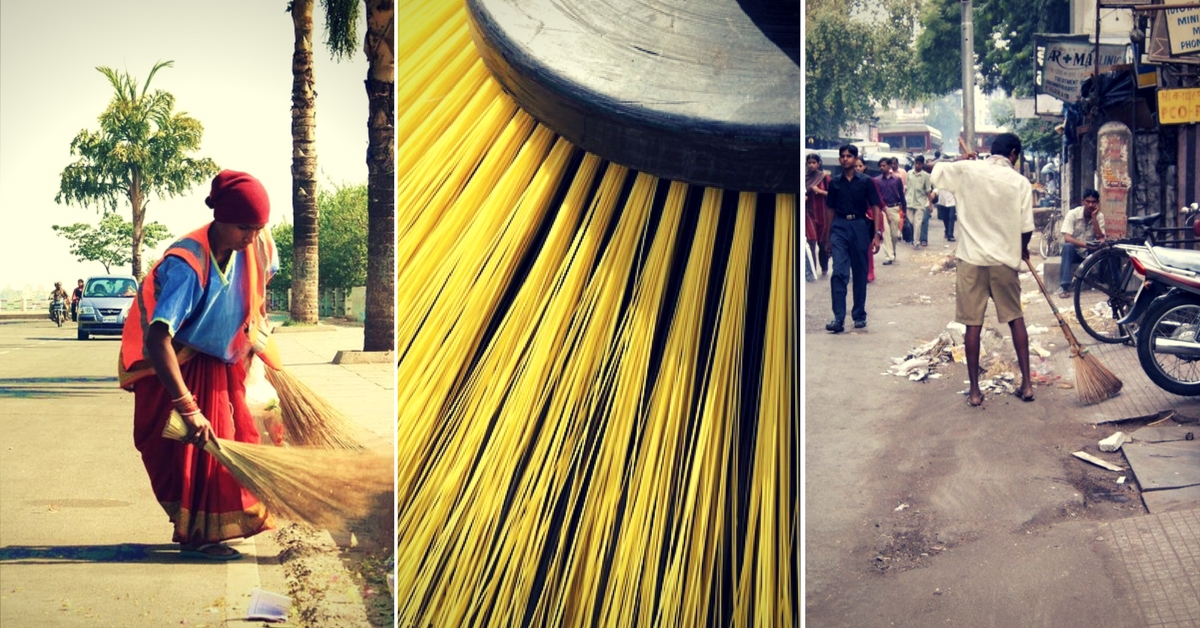 Sweepers have a tough job. These brothers built a machine to make it easier. Representative image only.

The two brothers were moved by the sight of a sweeper bending frequently to pick up trash.

Diptanshu and Mukul Malviya, former students of the St Paul’s Secondary School in Sirohi, Rajasthan, were at a bus station one day when they happened to see a sweeper working. The middle-aged man worker was picking up litter, and it moved the brothers enough to brainstorm a brilliant idea.

They got to work and built a wrapper picker machine, in an effort to help sanitation workers across the country. The machine can also be used by municipality corporations, housing colonies, schools, offices and other public and private spaces.

Easy to operate and maintain, the machine is flexible. Roller combs attached to a rolling base, pick up trash, like paper plates, napkins, cups, and collects them in a bin. The brushes are just a few millimetres above the ground level to ensure that dust and grit are not picked up.

Once the innovation went public, many awards and accolades came their way. These include the prestigious IGNITE award, a Rashtrapati Bhavan’s Innovation Scholar in Residence programme selection in 2015, and acknowledgements from the National Innovation Foundation who helped the brothers develop their product and its design.

You may also like: You Can Now Ensure That Public Toilets Are Well-Maintained! Here’s How.

Just last year, the invention won them a national award from the National Innovation Foundation—an autonomous body of the Department of Science and Technology (DST). NIF provides institutional support to grassroots innovations across India and is helping the brothers reach potential buyers, and assisting them to scale up their production, amongst other things.