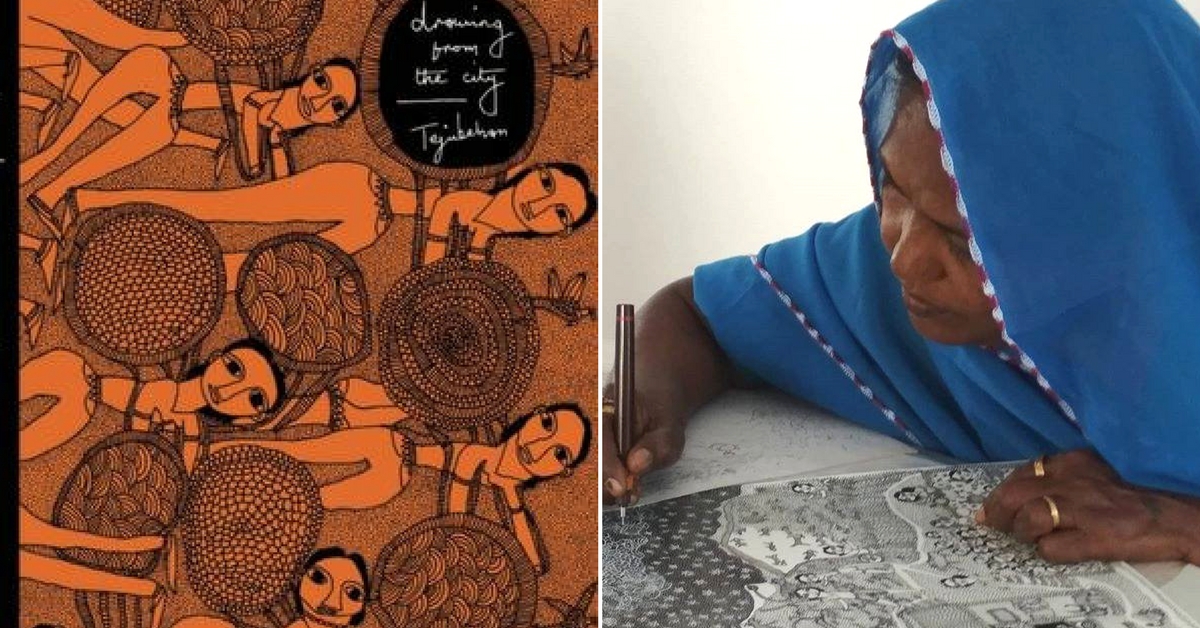 Teju Behan’s story is one to celebrate as it tells of a woman who rose above poverty to pursue her passion and was able to make it her living.

When seventeen year old Teju Behan moved from Rajasthan to Ahmedabad with her husband, Ganesh Jogi, she never imagined the drastic turn her life was about to take. A daily wage labourer, she spent her days digging pits for sewage, earning a mere five rupees per day. Jogi, who hailed from a family of bhajan singers, would frequently sing on several occasions, taking his wife along with him for all of his gigs.

Things changed for the couple when they met Haku Shah, a contemporary artist. He saw the potential in the couple. When Shah offered Jogi six rupees a day to work for him, Jogi readily agreed. To his astonishment, Shah offered him a pen, and told him to draw whatever came to his mind, reports The Times of India.

You may also like: How One Pune Artist Is Paving Way for an Art Revolution Through Its Streets

Both Ganesh Jogi and Haku Shah encouraged Teju Behan to create her own art as well. Coming from a conservative community, where women were not encouraged to pursue other activites outside of domestic work, she was initially apprehensive. However, after being guided by both Shah and Jogi, she gained her own confidence.

From that point began a fulfilling journey, as Teju Behan began adding painting after painting to her repertoire.

Today, the 58-year-old is known for her unique drawings, depicting aspects of her life, dreams she had, and figments of her imagination. What started with her husband has now become a family affair, with her children and grandchildren pursuing their own art!

So original were her drawings, and her story, that she created a picture book, “Drawing from the City,” which told the story of her rise through poverty to discover the world of art. It is printed using risography, which is an eco-friendly technique.

Her work is frequently featured in folk art festivals across the world.

Teju Behan’s story is one to celebrate as it tells of a woman who rose above poverty to pursue her passion and was able to make it her living. Till this day, she continues to sing, and craft her dreams into artwork!