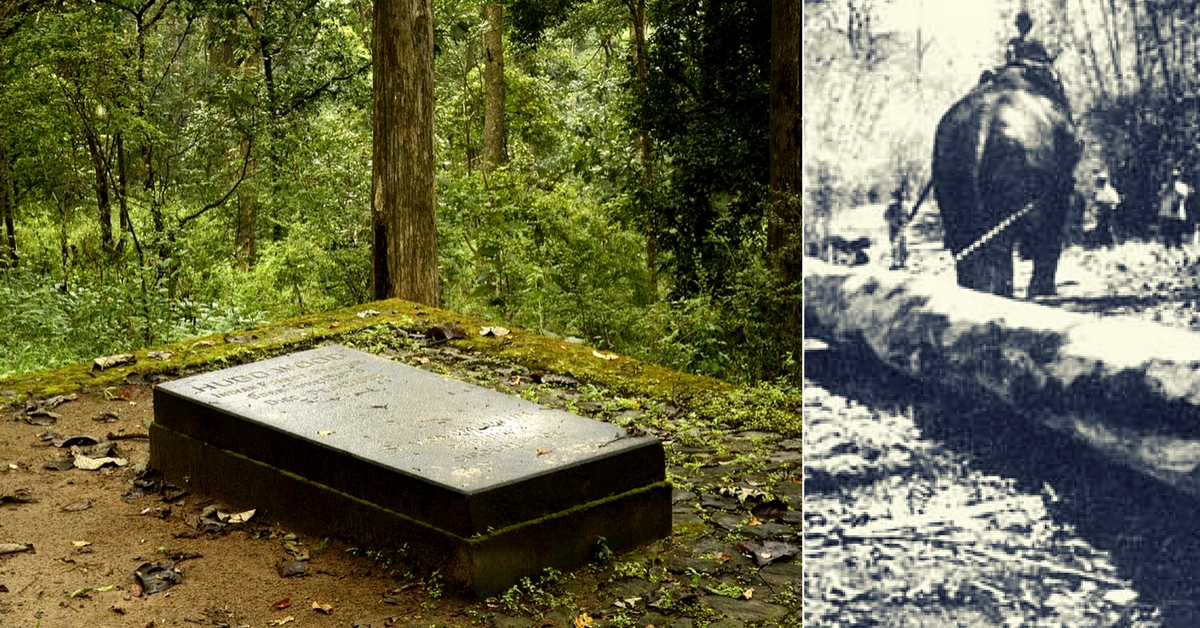 Here is the untold story of how forest officer Hugo Wood came to the rescue of Anamalai forests at a time when they stared at a bleak future.

Amidst a verdant grove of teak trees in Tamil Nadu’s Anamalai Tiger Reserve lies an ageing tombstone with a Latin inscription that says “Si Monumentum Requiris, Circumspice (If you seek his monument, look around)”.

The grave of a little-known Scotsman named Hugo Francis Andrew Wood, this serene spot remains a must-see for local forest guards and nature enthusiasts more than 70 years after the man himself died. For he is the reason why these ancient hills are still lush with trees.

Here is the untold story of how Hugo Wood came to the rescue of Anamalai forests at a time when they stared at a bleak future. 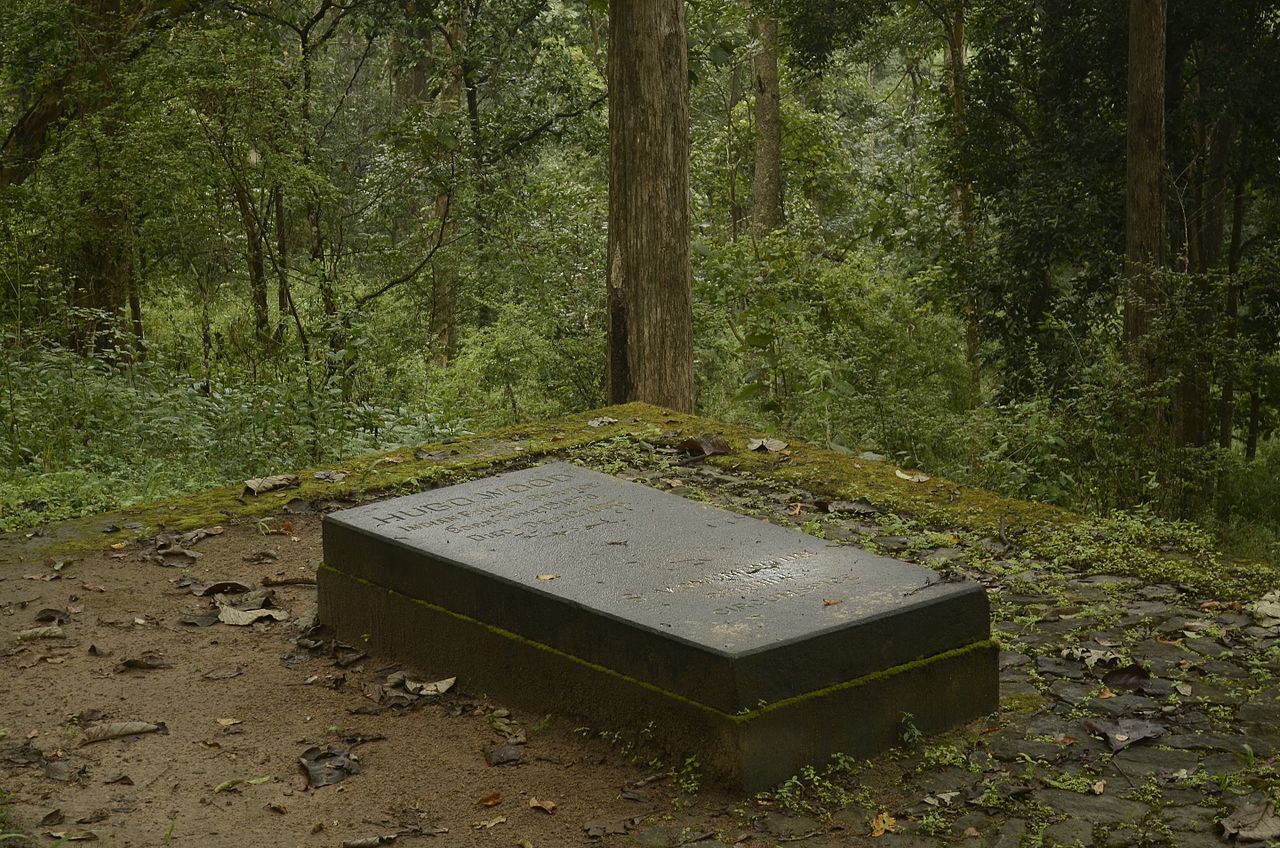 In 1820, a team of British surveyors ventured into the still unexplored Anamalai range (that spanned several peaks in the Madras Presidency) and were pleasantly surprised to find it heavily forested with towering trees of teak and rosewood.

At that time, timber formed the backbone of many industries and Britain’s oak forests had vanished due to the irresponsible felling of trees. Furthermore, to retain its naval supremacy among the colonial powers, Britain desperately needed wood to make new ships.

Apart from shipbuilding and construction, logs were also needed to build train tracks for Britain’s rapidly expanding rail network — for each mile of train track, around 2,000 wooden planks were required — and provide fuel for steam locomotives.

As such, the surveyors were quick to realise the value of what they had “discovered”. Soon after, the mountains began being gradually robbed of their abundant tree cover, with the teak being shipped of to Tiruchirappalli (to build train tracks) or Bombay (to build Royal Navy ships in the Bombay shipyard).

Too large to be conventionally transported, the giant teak trees were cut down into logs, carried by elephants till a point and then floated down the river to the plains below — the reason why, in time, the spot came to be named Topslip. 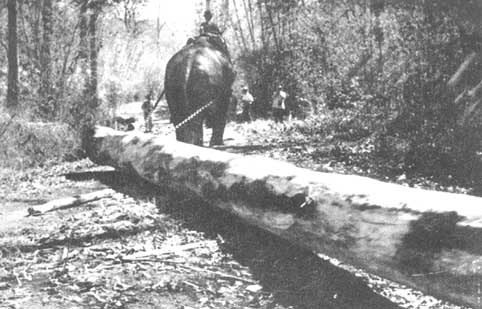 Thanks to this over-exploitation, the once-green hills of Anamalai had lost much of their tree cover by 1885. For the next three decades, several British foresters tried to regenerate the region but failed. And then came Hugo Wood.

Appointed the District Forest Officer of Coimbatore South Division in September 1915 (a post he would hold till 1926), Hugo decided to put a stop to the unchecked destruction of Anamalai’s forests and drew up a working plan for the same.

First, the 45-year-old Scotsman talked the local colonial authorities and convinced them to stop hunting wildlife and the irresponsible chopping of trees. He also befriended the tribals who lived near the forests, restored their traditional rights and brought back many who had been displaced (due to the British bringing the Anamalai forests under the reserved category). 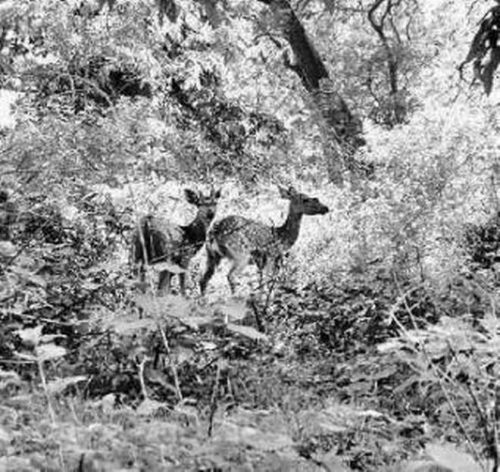 Next, Hugo scathingly admonished the British government for uprooting trees and introduced the forest management technique of coppicing — a method that takes advantage of the fact that many trees rapidly regrow during spring if they are cut down up to the stump during the winter.

Finally, he marked out areas where no logging or coppicing would be allowed for a period of 25 years. In fact, such was his dedication towards his work that he refused to provide timber to the British during the World War I (1914-1918).

In 1916, Hugo set up a bamboo hut in Mount Stuart (near Topslip) and began working in earnest to regenerate the forest of the mountain range. He started small, targeting an area of 25 acres. By the time of his death, it had spread to an area of 650 sq km.

He lived alone, cooked his own food and never missed out on a daily ritual. During his daily walks in the deforested land, he would fish out fistfuls of teak seeds from his pockets, use his silver-tipped walking stick to poke a hole in the ground, and plant seeds there.

He would repeat the process till his pockets were empty. Then he would go back for more seeds and start again from where he left off. He also made efforts to rid the hills of Lantana camara, an invasive species of flowering shrub that hampered the growth of teak.

Hugo’s hard work paid off, breathing new life into the hills of Anamalai.

Also Read: One Man Helped Create One of India’s Most Famous National Parks 32 Years Ago. This Is His Story.

In 1925, Hugo retired after a severe bout of tuberculosis and settled in Coonoor, according to a Tamil Nadu forest department booklet. Having remained a bachelor (choosing instead to devote his life to conservation), he died on December 12, 1933, at the age of 63.

However, a few months earlier, a seriously ill Hugo had written a will asking to be buried amidst the trees he had planted. He has also sent the money for the same to the chief conservator of Madras Presidency.

On his death, this request was conceded and Hugo Wood was laid to rest among his lasting legacy — the teak trees he raised in the hills of Anamalai.

On windy days, leaves gently float down from the trees on to the tombstone as if to pay homage to the man who so completely loved the Anaimalais and who did so much to save it. 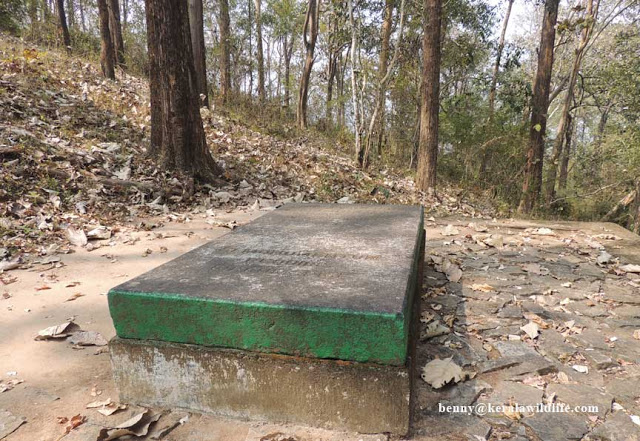 Today, this place has become an oft-visited spot for tourists while his immense contribution has become a part of the local folklore. Forest department vehicles ferry people from Kozhikamuthi elephant camp to Hugo’s grave amidst Topslip’s flourishing teak forest. The forest department is now planning to set up a memorial dedicated to the legend at the spot.

Close by is the Mount Stuart Rest House (built in 1886) that is still let out to guests. Though the building stands in all its historic glory, it does have limited damage caused by curious bears and wild elephants who seem to have taken a permanent fancy to the house! However, do note that only wildlife enthusiasts and nature lovers are allowed accommodation.

You May Like: How a School Teacher Exposed the British ‘Coolie’ Trade in 19th Century Assam