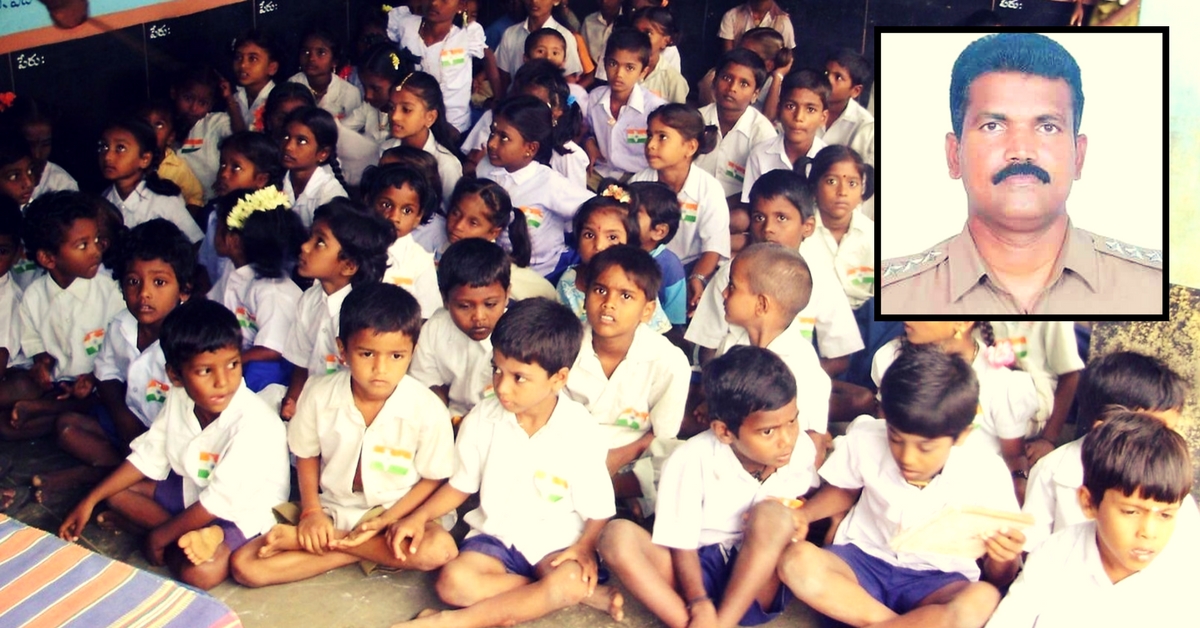 Salaipudur and its surrounding areas still suffer from the social malaise of caste discrimination. But Periyapandiyan had donated a 15 cent parcel of land, worth Rs 8 lakh, to set up a primary school for children in the village, who are predominantly Dalit.

Chennai-based police inspector S. Periyapandiyan was killed in a shoot-out in Rajasthan’s Pali district when his special team tried to nab suspects of a gold heist in Jaipur on Wednesday.

But it isn’t just the family of the 48-year-old Maduravoyal cop who is mourning his death. The entire village of Salaipudur, where Periyapandiyan grew up, gathered in honour of him, paid condolences and mourned the death of the man who transformed their lives.

Salaipudur and its surrounding areas still suffer from the social malaise of caste discrimination. But Periyapandiyan had donated a 15 cent parcel of land, worth Rs 8 lakh, to set up a primary school for children in the village, who are predominantly Dalit.

As a young boy, the generous cop had walked over three kilometres every day to get to school. To prevent children from his village and surrounding areas from facing the same predicament, he decided to make education accessible to them.

The land he donated was his own share from his family’s two-acre land holdings. Being a government employee, he donated the land in the name of his brother, C Joseph, to set up a primary government school.

“Today 35 children are studying in the government school,” Periyapandian’s brother Joseph, who is also a private school teacher, said in an interview with the Times of India.

Periyapandiyan was the oldest among six children born to poor farmers – the late Selvaraj and Ramathal from Salaipudur in Sankarankovil taluk of Tirunelveli district. His family survived on crops they grew on their two-acre plot.

Even as a child, his dream was to serve his nation donning the police uniform.

While he pursued his education, Periyapandiyan never failed to extend a farmhand to help his father and brothers. He completed his BSc. at PMT College in Sankarankovil.

At the age of 24, he was appointed as a police constable. He moved on to become a sub-inspector in 2000 and was promoted to the post of inspector in January 2014.

He lived in Chennai but continued to shoulder his family responsibilities dedicatedly and stayed in touch with his villagers. Apart from helping one of his brothers pursue higher education and another set up a poultry farm, he also supported the marriage of his three sisters.

Many of the youth in his village were motivated by Periyapandian to join the police and defence forces.

Read more: Lion of Ladakh: The Legendary Soldier Who Saved India While Still a Teenager!

The family was shattered when the news of his death flashed across TV channels. Villagers gathered the following day and continued to shed tears for their loss.

Recalling his last conversation with his brother, Joseph told the TOI, “I called him around 1 p.m. on Tuesday. He was too confident that he will nab the accused (who killed him a few hours later) and said that it would be a very Happy Christmas.”

Tamil Nadu Chief Minister K Palaniswami, expressing grief over the death of the valiant cop, announced a compensation of Rs 1 crore to his family. The family’s wishes the government to name the primary school after Periyapandiyan.

We salute the spirit of the brave officer, Late S. Periyapandian and extend our condolences to his family.