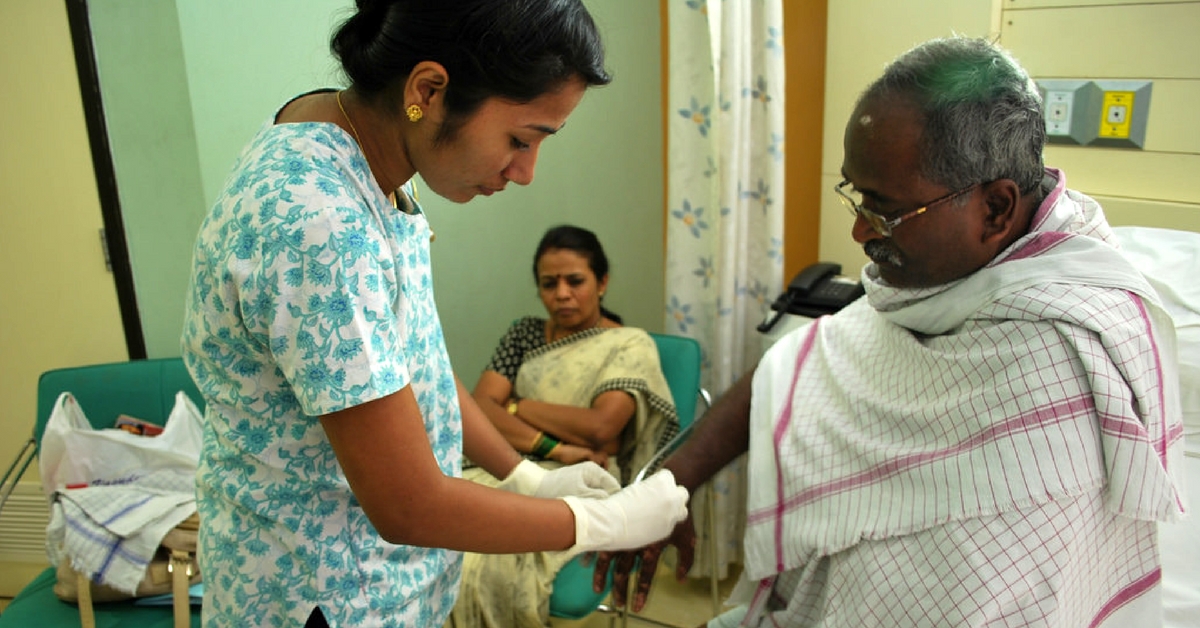 Only 27% of Indians have some form of health insurance coverage.

In a sobering revelation earlier this year, the Central Bureau of Health Intelligence, under the Ministry of Health and Family Welfare, reported that only 27% of Indians (35 crore) possess some form of health insurance.

“Around 35 crore individuals were covered under any insurance in 2015-16. This amounts to 27% of the total population of India. 77% of them were covered by public insurance companies. Overall 80% of all persons covered by insurance fall under government-sponsored schemes. Compared to other countries that have either Universal Health Coverage or moving towards it, India’s per capita public spending on health is low,” the report states.

In developed nations (except perhaps the United States), the delivery of healthcare services is not understood as a privilege, but a necessity. For the vast majority of our population, however, acquiring reasonable healthcare is seen as a privilege with the affluent spending vast sums of money to pay for top-notch healthcare.

Even compared to other developing nations, the state of Indian public healthcare is dismal with a growing shortage of public health facilities.

Considering the poor state of healthcare infrastructure, health insurance is a product that every Indian must acquire. A significant section of the Indian populace falls into poverty because of health ailments that necessitate high costs.

As per a draft National Health Policy document, more than 63 million face poverty every year due to “catastrophic” expenditure over healthcare which neutralises rising income and critical government schemes that seek to reduce poverty.

In such cases, it becomes imperative for households to buy health insurance rather than spend all their hard-earned income on treatment. India’s health-related out-of-pocket expenditure, which pushes families into indebtedness and deeper poverty, is among the world’s highest.

This scheme is for central government employees, pensioners and their dependents residing in cities covered by CGHS. One can get a CGHS card made from the office of Additional Director of the City. Forms can be downloaded from CGHS website too.

Depending on your salary, a certain amount is deducted for CGHS. Above Rs 7600 per month, Rs 500 will be deducted, while up to Rs 1650 per month, a contribution of Rs 50 would suffice.

Pensioners can pay on a yearly basis or deposit a sum once in 10 years.

Employees’ State Insurance Scheme of India goes beyond the scope of just health insurance for workers in the organised sector. The scheme is applicable for non-seasonal factories with 10 or more employees, and certain establishments (shops, hotels, restaurants, cinemas, newspapers, etc) employing 20 or more people, besides private educational and medical institutions in certain States.

For all employees earning Rs 21,000 or less per month as wages, the employer contributes 4.75 percent and employee contributes 1.75 percent.

To apply for this scheme, you can visit: Legal Raasta

This scheme seeks to provide health insurance coverage for all citizens of Karnataka, aimed at providing free medical help to 1.4 crore households linked with Aadhaar.

Read also: Here’s How Your Hired Help Can Get Pension, Healthcare & Insurance at Rs. 700 per Month

You can go to any hospital within the empanelled network, which has a dedicated person to handle government schemes, called “Arogya Mitra”. These intermediaries will help with all the necessary documentation and processing business.

All citizens of the state, except Central or State government employees, are eligible for this scheme with a maximum of five family members. Beneficiaries of MHIS have to pay only Rs 30 at the moment of enrolment. The government will pay the premium for beneficiaries. If eligible, you can apply here.

Anyone who has resided for a period of more than five years in Goa is eligible for this scheme. It provides insurance cover up to Rs 2.5 lakh a year for a family of three or less, and Rs 4 lakhs for families with 4 or more members. If eligible, you can apply here.