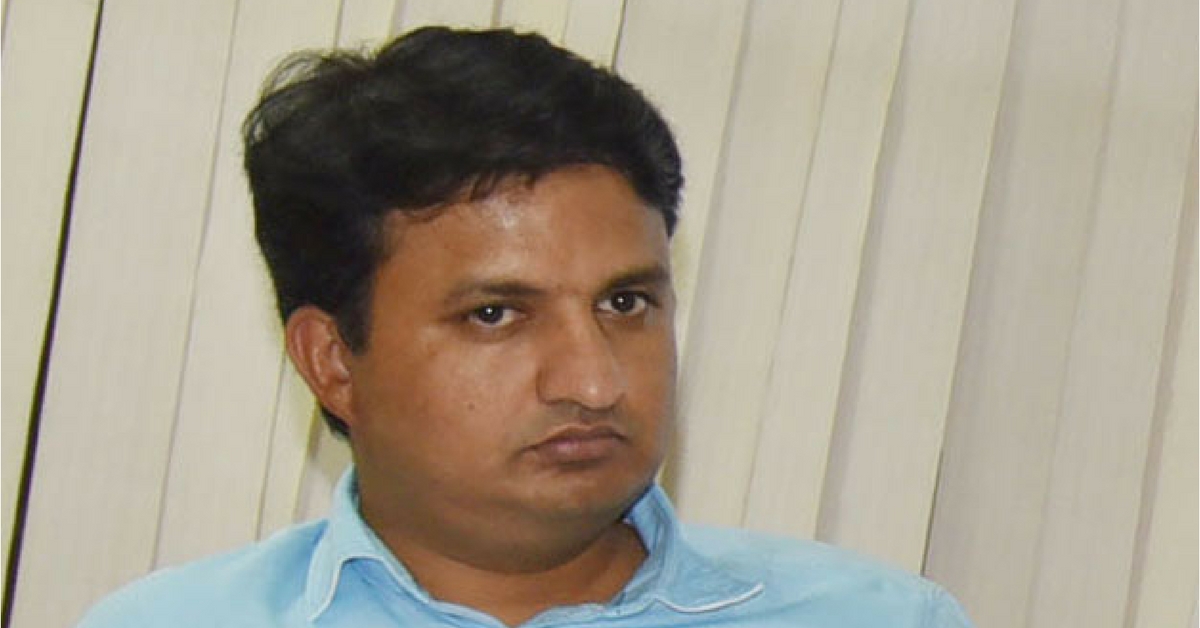 PS Girisha refused to give up on his dreams after a childhood accident, and his story is an inspiration to everyone.

Born in a village in the Nagamangala Taluk in Mandya district, PS Girisha had an idyllic and content childhood. While he enjoyed helping his parents with the household chores, he was also a high-achieving student and dreamed of pursuing a career in medicine. However, he had just completed his Class 9 examinations when an accident changed his life forever.

Girisha was attempting to fix an electric plug but was instantly electrocuted. He lost sensation in both the hands, and it further resulted in the loss of hand function.

The doctors had to amputate his right hand, and Girisha had to stay away from school for almost eight months.

Thankfully the school authorities provided assistance to Girisha so that he could write his Class 10 exams. Within a few weeks of amputation of his right hand, Girisha had to undergo nine reconstructive surgeries on his left hand to bring the bones and nerves back into the regular functioning and help them recuperate.

He spent days learning to write with the left hand, and while it was a slow and painful process, his disability forced him to accept a new normal. By the time he appeared for his Class 11 exams, he was able to write with his left hand.

His hard work paid off, and he secured a top rank in the Karnataka Common Entrance Test (KCET), but his dream started to fade away. He realised that he could not take his aspiration to study medicine seriously because it would be inconvenient for a one-handed person like him to serve his duties as a doctor, and he did not want to do a disservice to a doctor’s profession.

Also Read: Ramu to IAS Ramesh: The Story of a Disabled Bangle Seller Who is Now an IAS officer

Girisha convinced his mother about his decision, and while his family was very disheartened, Girisha decided to move forward with his life and overcome the circumstances.

Girisha was heavily dependent on the Karnataka state government’s grant for disabled, which was a small amount of ₹ 500 every month. In 2010, he took up a job with Railways, with an aim to crack the Civil Services.

He succeeded in the second attempt and became an officer in the Andhra Pradesh cadre of the Indian Administrative Service. His first posting was as Sub Collector of Gudur in the Nellore district.

Our dreams begin to end the day we surrender ourselves to fate, become faint-hearted and lose hope. PS Girisha’s story offers an unblinking view of his commitment and determination, which certainly helped him transcend his disability.

This story commemorated International Day of Disabled Persons (3rd December) and is dedicated to all differently abled readers.