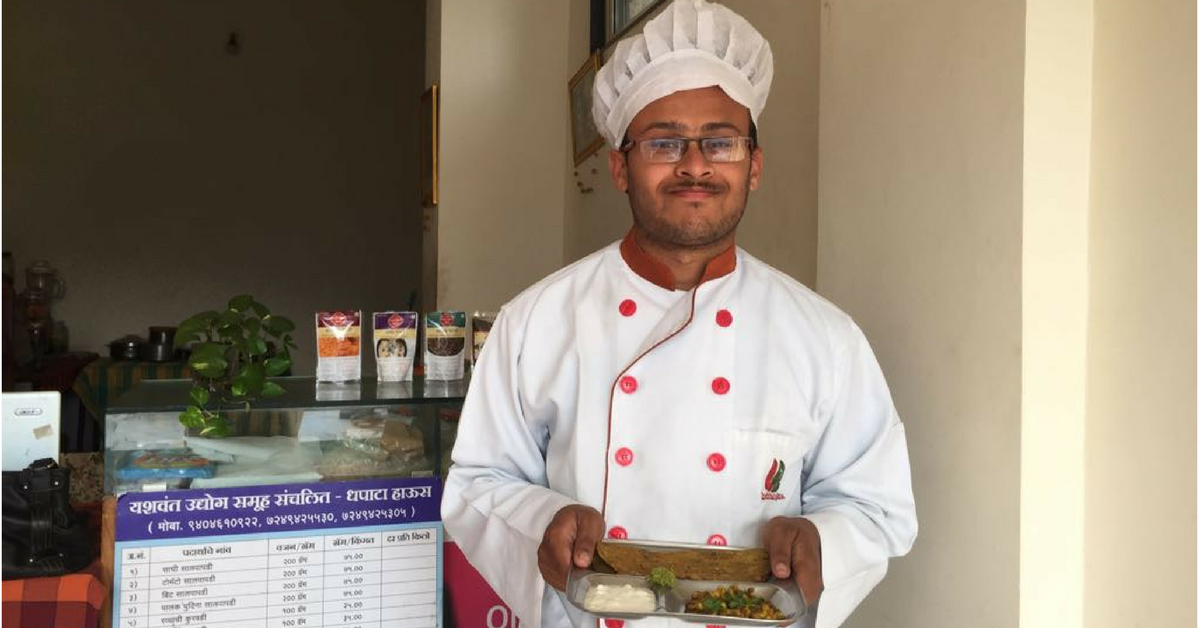 Dhapata is a Maharashtrian snack. It is made of bajra, wheat, jowar and various other pulses and is very nutritious.

For Jayashri Kulkarni, a former lecturer at Karad Government Engineering College, life came to a halt when her son Yash was diagnosed with Attention deficit hyperactivity disorder (ADHD). Children with ADHD usually have a problem paying attention, show increased physical activity, and face difficulties in controlling their behaviour, which can sometimes be inappropriate.

Jayashri left her job and shifted to Pune to provide Yash with the best facilities and education.

However, when she realised that Yash was increasingly becoming more and more dependent on her, she decided to return to work and took up the post of a lecturer at Sinhgad Institute of Business Administration & Computer Application, Lonavala.

This change in routine made a huge difference, and Yash gradually started to become more independent. However, as time passed by, Jayashree realised that it was getting difficult for him to continue in school — he was hyperactive and could not pay attention or sit still in class.

However, he was an extremely keen cook. 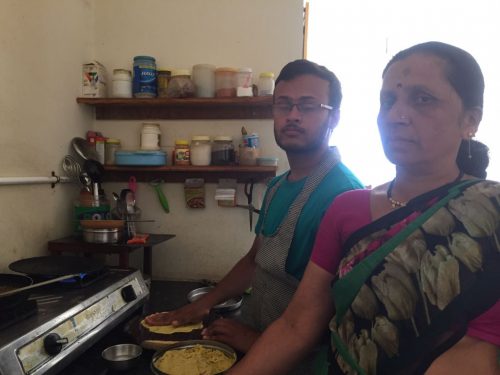 “Yash would spend hours experimenting in the kitchen and would help the cook as well, and this observation helped us to decide the next step for him,” says Jayashri.

After he appeared for Class 10, Yash was sent to skill development classes where he learnt to make chocolates and bake cakes and cookies. His parents also decided that he needed to become financially independent, and returned to Karad.

While Jayashree and her husband were trying to figure out employment options for Yash, they heard about an initiative started by Shri. Shekhar Charegaonkar (Chairman, Maharashtra Rajya Sahakar Parishad). He initiated the concept of Dhapata Houses in the city, to empower needy women and provide healthy snacking options to people.

Dhapata is a Maharashtrian snack. It is made of bajra, wheat, jowar and various other pulses and is very nutritious.

“While travelling to Karad from Pune, Shri. Charegaonkar  saw some pizza houses filled with youngsters. He hit upon the idea of opening similar Dhapata Houses, as a healthy alternative to pizza,” says Jayashree.

Although this was an ideal employment option for Yash, his parents were sceptical that he would be employed, as Charegaonkar  wanted to focus on empowering women. To their surprise, Charegaonkar was more than willing to give a franchise to Yash.

Jayashree and Yash took the responsibility of the first franchise of Dhapata House that was located near the Krishna Medical College at Karad. Here they serve different types of parathas, fresh hot maharastrian snacks.   This decision proved the turning point for this Dhapata House and it is running well enough like any other pizza Houses in the city. 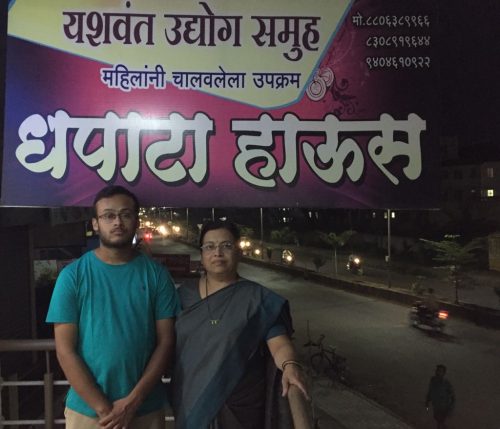 “These snacks can be stored all year long and are procured from the  Dhapata House. Yash and one of our helpers prepare the fresh items. Our vision is to come up with more branches of Dhapata House all over Maharashtra,” says Jayashree.

“Everything I am today is because of my mother. I want to make this Dhapata House bigger and make her proud,” says Yash, who is now a 22-year-old confident young man.

Jayashri beams with pride when she talks about how Yash took over the entire operations earlier this year when she was unavailable due to a family emergency. 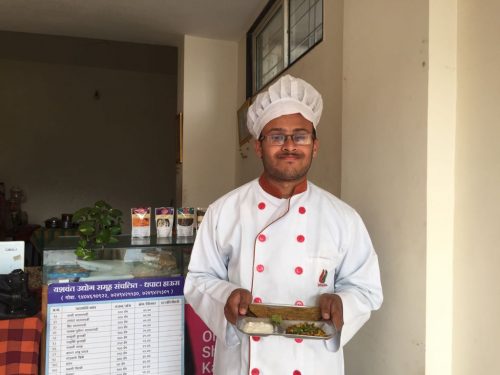 You can visit Yash’s Dhapata House at