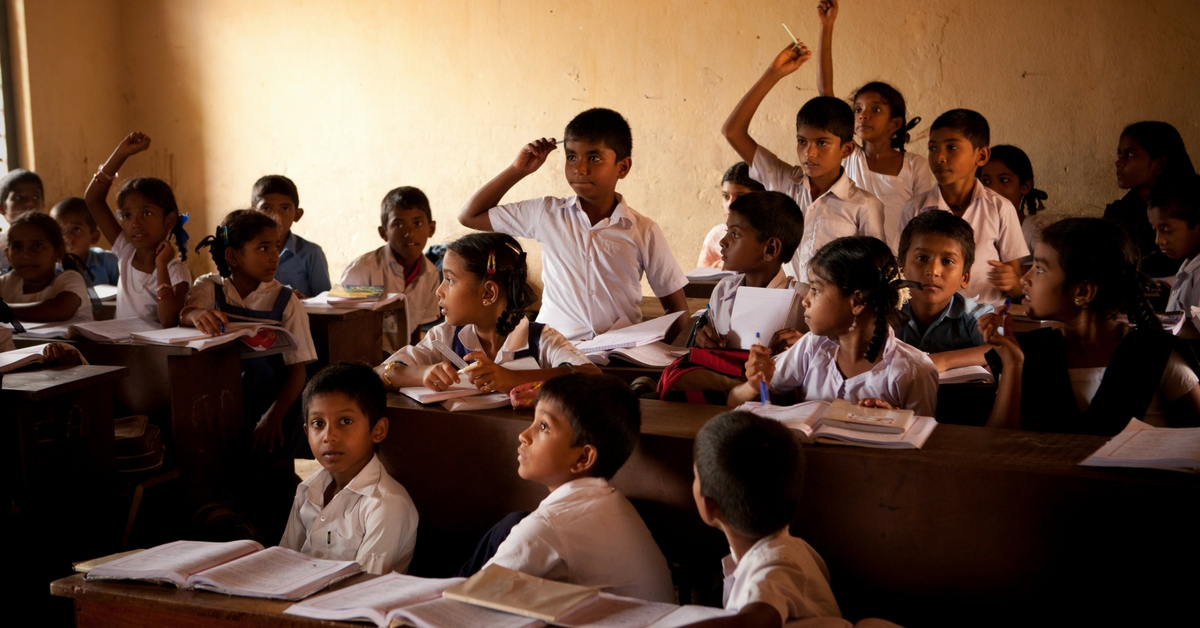 They transformed it into a smart classroom, revamping it and installing a 55-inch TV screen with an internet connection!

Good Samaritans in the virtual space have done it yet again!

It wasn’t until long ago that walls in the classrooms of the government-run Vanjamadai Panchayat Union Middle School in Udumalpet near Tirupur district of Tamil Nadu had cracks.

The school constructed decades ago was in shambles. The floor too had sunk down. The space was unsafe for the underprivileged students who considered the dilapidated classroom their only chance at affordable education.

But a group of good samaritans on WhatsApp came together and gave the government middle school the much-needed facelift! In fact, they transformed it into a smart classroom, revamping it and installing a 55-inch TV screen with an internet connection!

The Nattamai Theerpa Mathu WhatsApp originally started by a Salem-resident, who later moved to Kolkata, has over 70 members. While a majority of the members live in Tamil Nadu, some members are scattered across the country and even abroad.

It was Vallimayil V, a member of the WhatsApp group Nattamai Theerpa Mathu, who also heads a local school, who suggested the Vanjamadai Panchayat Union Middle School to the members.

Speaking to the Times of India, she said, “After I suggested to the members of the group about setting up a smart classroom in the government school, a couple of them from Chennai visited the school last month. Encouraged by the enthusiasm of the teachers, we decided to set up a smart classroom here.”

While smart classrooms are slowly becoming available in government higher secondary schools, many of the middle school students have never had the opportunity to access such educational facilities.

Currently, this smart classroom has the capacity of giving over 120 students access to audio-visual learning.

Read more: Assamese Cinema Is Getting a Breath of Fresh Air Thanks to These Filmmakers

“When students in private schools have access to such modern infrastructure, why should students of government schools lag behind?” she questions.

We salute the spirit of these good samaritans who continue to work for underprivileged, deserving and even differently-abled students!