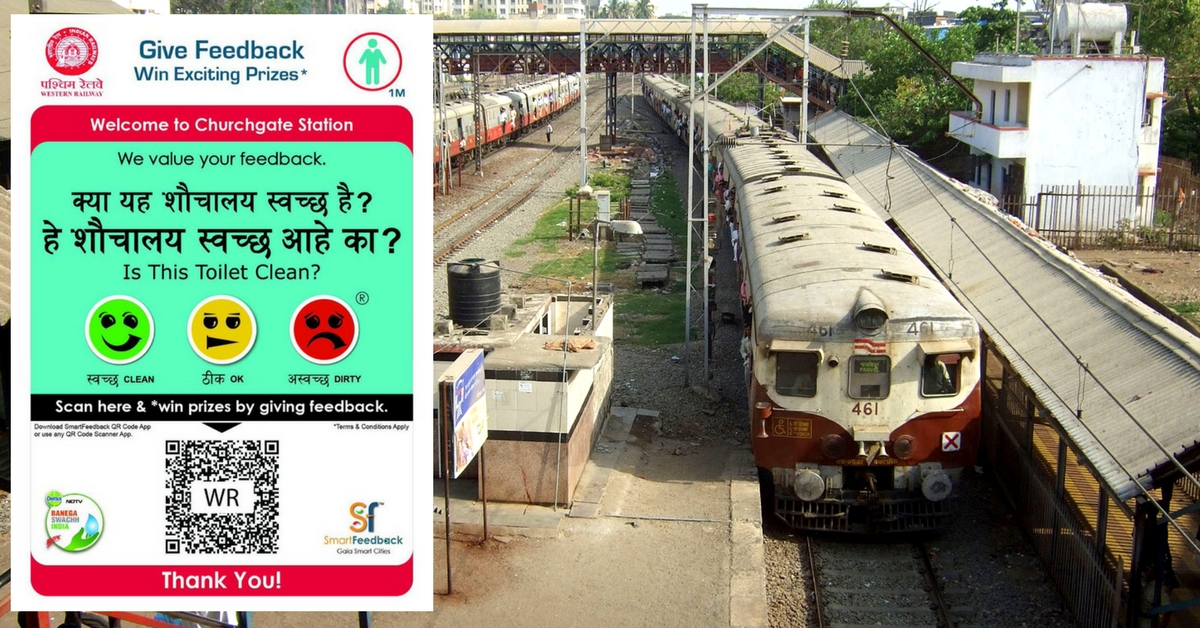 According to WR chief public relations officer Ravinder Bhakar, the new system enables transparency and feedback from the commuters will be rendered utmost priority.

If you find public toilets in suburban railway stations of Mumbai in a filthy and unkempt state and extremely unfit for use, you can now send in feedback with just a click of your smartphone.

Launched by Western Railways on ‘World Toilet Day’ which was observed on Sunday, public toilets across 17 stations in the suburban line will facilitate a tech-savvy feedback mechanism, under which one needs to scan the QR code posted on the toilet walls and provide feedback through his or her mobile phone.

According to WR chief public relations officer Ravinder Bhakar, the new system enables transparency and feedback from the commuters will be rendered utmost priority.

“If you do not like the toilet or have complaints related to hygiene/cleanliness, you can give feedback through the QR code system. We will certainly take action based on citizen feedback,” he told Times of India.

Since most of these toilets are supposed to be ‘maintained’ by private contractors, who charge the commuters for usage, the railway authorities intend to take action against the contractors based on the feedback, by either blacklisting the agencies or levying a heavy penalty.

You may also like: Find Toilets, ATMs, Water Coolers and More at Mumbai Local Stations Super Easily With This App!

“Many toilets are dirty, and there is water accumulated on the floor which makes it messy and there are regular complaints of stinking loos. Commuters who pay for the train tickets and also for using the toilet have the right to a clean and hygienic toilet. There should be an attendant round-the-clock to spruce up and maintain the toilets,” said a passenger rights activist, who welcomed the new feedback system.