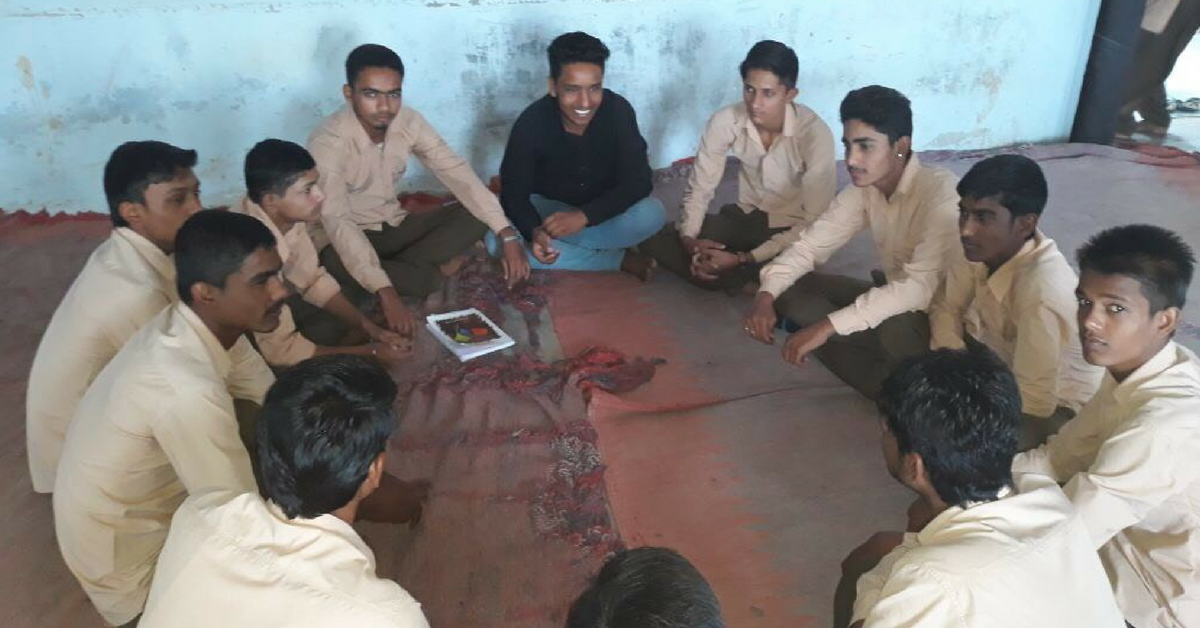 Shailendra has been nominated for his outstanding work in stopping child marriages and putting an end to child labour in his village.

The International Children’s Peace Prize is an annual award presented to children who have made a significant contribution to advocating children’s rights and improving the situation of vulnerable children such as orphans, child labourers, and children with HIV/AIDS. The prize is an initiative of the KidsRights Foundation, an international children’s aid and advocacy organisation.

Shailendra Singh, a 17-year old, who hails from Bijalpura, a village in Rajasthan, is one of the 10 nominees for the Peace Prize. Shailendra has been nominated for his outstanding work in stopping child marriages and putting an end to child labour in his village. This young boy is already a celebrity in his village and has many plans for the future. We, at The Better India caught up with Shailendra and asked him about his journey so far, the nomination, and the path from here.

Shailendra lives with his parents and 3 siblings. His father is a teacher, and his mother is a homemaker. The village Shailendra was brought up in has always been privy to child marriages.

He says, “For a very long time I thought it was the norm and that it would happen to me as well sooner rather than later. As I grew up, I realised that there was something wrong with child marriages.”

The fact that the children had no voice and nothing that they said or felt mattered is what led to Shailendra questioning this age-old practice. “All decisions, good or bad, were taken by the elders in the house and the child would merely have to follow it. Whether it was working at a time when the child should have been in school or matters of child marriage, there was never any freedom to do otherwise.”

A chance visit by some volunteers from Save The Children foundation was the catalyst that proved to be a turning point in Shailendra’s life.

As he started attending the meetings and gatherings, Shailendra was made to understand the importance of education and why eradication of child marriages are necessary for the society to progress. “Our meetings would take place on the terrace. We would all sit around and discuss various social issues from different perspectives. That was a real eye-opener for me,” he says.

“I still remember the first time I tried to prevent a child marriage from taking place”, Shailendra recollects. “The elders at the wedding turned me away saying I was myself a child and hence had no right to tell them what to do.”

When asked how the villagers took to this activist form of Shailendra he said, “I was told to mind my own business and not teach them how to live their lives.

“The sarpanch of my village also did not take to my ideas well.”

Unfortunately very often my parents would be told to keep me under control. While my parents did often tell me to focus on my studies and mind my own business, they never stopped me from doing what I wanted to do.”

Being nominated for the International Children’s Peace Prize has ensured that people in the village take him seriously.

“From not being taken seriously to being consulted by families before fixing marriages; has been a long but good journey,” he says.

A student of Class12, Shailendra wishes to pursue social work as his core subject and wants to ensure that he completes his Masters in Social Work. “The only way in which one can clean up the system is by getting into it, and that is exactly what I intend to do. Providing education for every child is my aim,” he says.

We wish Shailendra Singh all the very best for everything that he chooses to accomplish in his life.