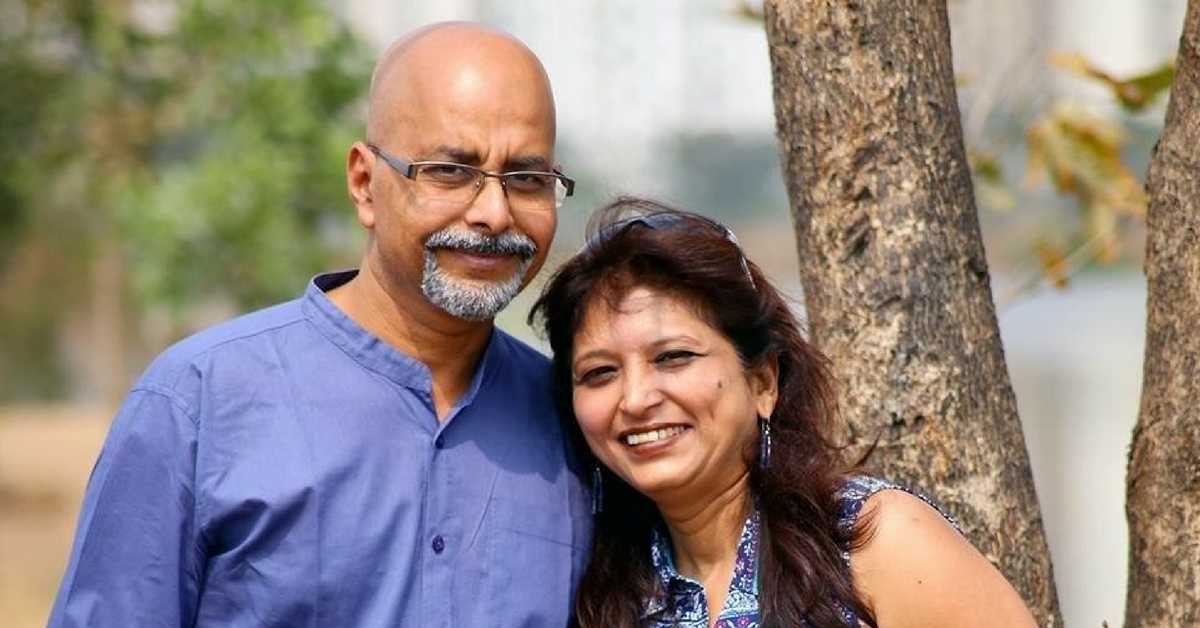 Shruti and Sunil Agarwal have actively protected the Seawoods Lake in Nerul, Navi Mumbai, from builders and bureaucrats, for three years now.

The story of Shruti and Sunil Agarwal, residents of Nerul in Navi Mumbai, showcases the transformation of two regular citizens into the stakeholders of environmental protection and conservation.

The Agarwals do not have any formal degree, training, or experience in conservation — all they have is a combination of sensitivity and determination to preserve the environment.

The Agarwals moved to the NRI Complex in Nerul, Navi Mumbai, in 2014. The complex adjoins Seawoods Lake, a shallow salt-water lake, and a pond that is fed by the tidal overflow from the Vashi creek. The lake is a mating and nesting site for more than sixty species of water birds. As winter sets in, thousands of migratory aquatic birds descend on on the lake, which is home to many wildlife species including ducks, herons, and kingfishers.

Partly encircled by mangroves, migratory birds such as pelicans and flamingos call it their seasonal home.

The Agarwals were mesmerised by the beauty of their new home and made it a point to walk around the lake every day. They also attended several mangrove cleaning drives, which were organised by an environmental NGO, NMEPS (Navi Mumbai Environmental Preservation Society). In one such event, they met Mr Vinod Punshi, a retired official of Unilever India and active crusader for mangrove preservation. During a conversation with him and other members of the NGO, the Agarwals realised the importance of the mangroves, as well as the threat that they were facing.

You may also like: How a Documentary Filmmaker Revived a Dead Lake in Bengaluru

Mangroves are a particular kind of vegetation which grow in the tidal zones of coastal areas. They are one of the most vibrant ecosystems in the world and are considered to be the lungs of the coast. There are recognised stretches of dense or open mangroves along the Mumbai city coast, and in 2005, the Bombay High Court passed a ruling that prohibits construction within fifty meters of the mangrove line.

However, the irregular, scattered patches of mangroves are the ones that face real danger. The builders first dump construction debris in water bodies and block the water flow. Then, workers are surreptitiously sent to chop off the shrubs, which pushes the mangrove line forward by a few metres, thus modifying the landscape. The barren land is shown to be a mangrove free zone in maps, after which plots are demarcated and sold.

Once the Agarwals understood the situation, they took upon themselves to keep an eye on any destructive activity around the lake. They read up extensively on the issue and met several other activists devoted to the cause.

Their moment of reckoning came in 2016. During a lazy stroll around the lake, they spotted a man supervising two labourers who were cutting the submerged bushes. Upon enquiring, they found out that the labourers had been asked to clear the vegetation and fill the pond area, for an upcoming golf course. Sunil recorded the incident on his mobile phone and informed them that what they were doing was illegal. He also showed the supervisor a board that carried a declaration from the forest department which stated that the area was protected.

On encouragement from the NMEPS, the Agarwals filed an FIR about the incident at the police station. A thorough survey of the lake was conducted by the police, and they helped formalise the status of the lake and mangroves on paper that the local authority had claimed was barren land. The FIR was included in the PIL filed by the NMEPS for the protection of lakes in the area. The Bombay Natural History Society (BHNS) also conducted an extensive survey of the area and reported that it was a thriving ecosystem and not an unproductive patch of land.

The Agarwals were now assured that the area they had adopted was safe. Unfortunately, they received some bad news in April 2017. The local housing authority had sold a significant section of the mangroves to a private builder.

Unwilling to back down, the Agarwals, along with NMEPS, applied for a stay order and waited for the court hearing. The tension peaked when on October 20, 2017, the builder began fencing the pond area beside the lake. On probing, they claimed they had permission for fencing and soil testing.

The Agarwals were not satisfied because the bulldozers and JCB machines parked there told a different story. They requested their friends in a neighbouring high-rise to survey and record the work. As they feared, the friends reported mass uprooting of trees and dumping in the pond. They took pictures and video recordings to prove their claim.

The couple mobilised the residents of their society and staged a march. A fresh FIR was filed, and two hundred residents wrote to several government bodies including Maharashtra forest department, Navi Mumbai Municipal Corporation, and the Ministry of Environment, Forest and Climate Change.

The police intervened and the builder was unable to produce any valid papers.

Due to the couple’s extensive efforts and vigilance, the construction work was stopped, and the builder was asked to keep away from the land.

It is heartening to see such a fantastic example of how the power of the common man won over the powerful lobby of bureaucrats and builders. Their love for the lake transformed the Agarwals to crusaders, and they are sure to inspire other people to take charge of nature and prevent destruction.

(This story was written by Dr Rakhi Jain)