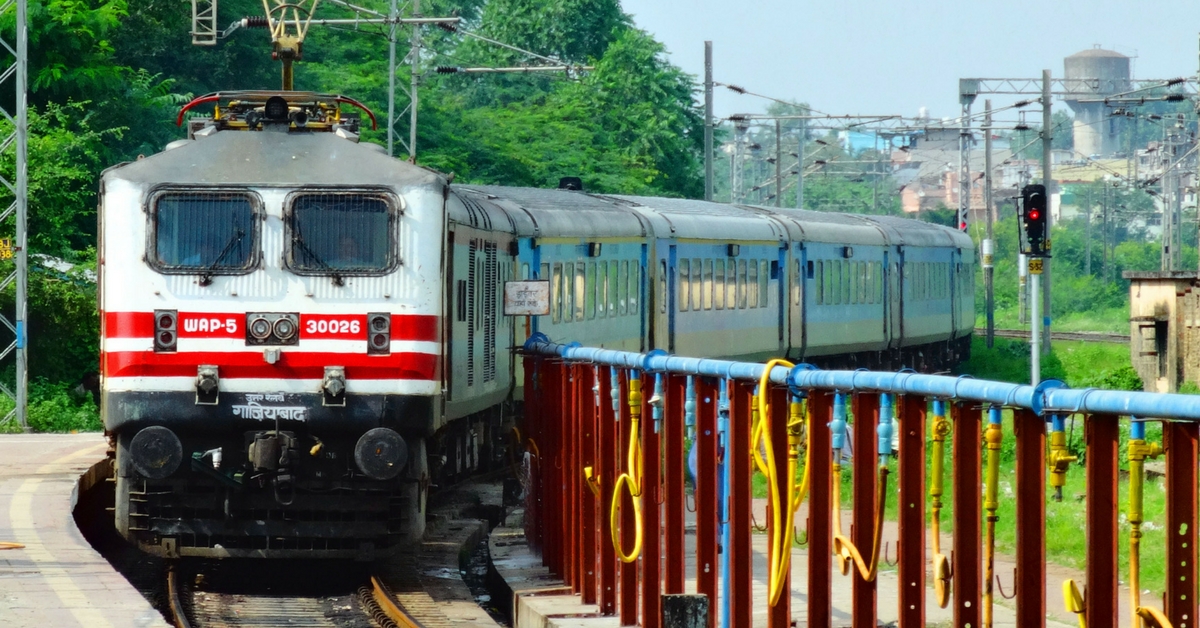 With the New Delhi-Kathgodam Shatabdi express, which will be flagged off today, many premium trains, including Rajdhani and Shatabdi will offer premium travel experience for passengers.

Indian Railways is all set to go gold with its ‘Swarn’ project under which a new range of renovated premium trains will hit the tracks.

With the New Delhi-Kathgodam Shatabdi express, which will be flagged off today, many premium trains, including Rajdhani and Shatabdi will offer premium travel experience for passengers.

According to Times of India, each of these trains has been allocated ₹50 lakh to be equipped with facilities like onboard entertainment, trolley service for catering, new coach interiors and clean toilets with automatic doors.

Alongside, improved security systems with CCTV cameras and more deputation of RPF personnel will be part of the project. The railway ministry also aims at keeping the punctuality of these trains to the clock.

At a budget of ₹25 crore, 30 trains have been slated for a complete overhaul under the project. The Swarn project was originally launched during the tenure of Suresh Prabhu as railway minister.

While renovating the northbound Kathgodam Shatabdi, the focus of Northern Railways rested exclusively on three factors—aesthetics, hygiene and entertainment.

From colourful vinyl wrapped interiors to fluorescent strips on compartment aisle for passengers’ navigation, the train has also been refurbished with anti-graffiti coatings on the exterior that will prevent vandalism to the coaches. The executive class will have the added provision of disposable headrest covers.

You may also like: Indian Railways Plans Elevated Corridors in Delhi, Mumbai and Bengaluru

Sanitary services have also been given its due consideration with toilets being equipped with dustbins and personal seat covers, besides the installation of automatic odour and hygiene control systems in all coaches.

The best part is that the trains will cater the visually impaired as well with the implementation of integrated Braille signage in all coaches.

With Wi-Fi hotspots on board, the passengers can stream even HD videos on their devices. “This will be the first ‘gold standard’ train of the Railways. I urge people to cooperate in the upkeep of various amenities,” a senior official told TOI.