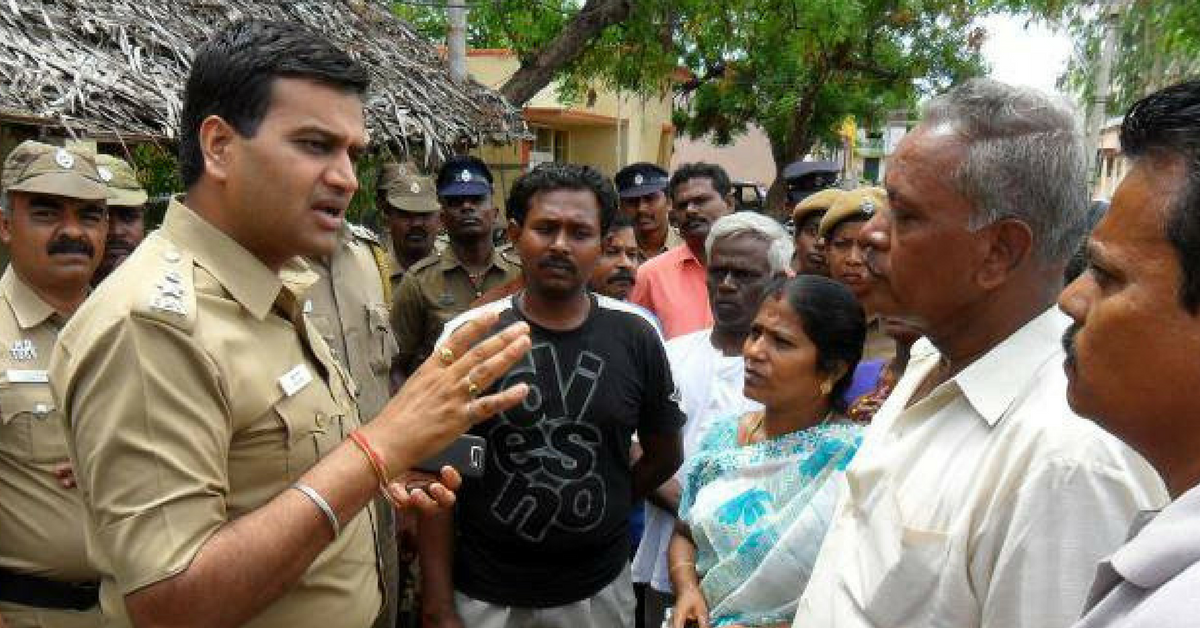 He holds the distinction of being one of the officers appointed by the Election Commission during the run-up to the April ‘13 State Assembly (Tamil Nadu) elections to ensure the conduct of ‘free and fair’ polls.

Before I sat down to write this article, I conducted a simple google search with the name Asra Garg, IPS. The number of articles praising this police officer was quite high. It is not very often that we come across such police officers who go beyond their call of duty and help people.

Asra is an IPS officer of the 2004 batch and was initially posted at Tirupatthur as Assistant Superintendent of Police.

He is a native of Patiala in Punjab and holds a degree in electrical engineering.

In 2008, Asra took over as Superintendent of Police Tirunelveli (Rural). One of the first things he did after assuming charge was to come down heavily on the practice of lending money at an unreasonably high rate.

Many of those who hail from rural areas borrow money from local moneylenders, who in turn end up charging a very high-interest rate. Banks are wary of giving loans to those who belong to the unorganised sector. These people, unfortunately, become the target of the unrelenting moneylenders. Things typically do start getting ugly when the borrower is unable to service the high-interest loan burden. In some cases, even if the borrower wants to pay-back, the money lenders don’t allow them to repay the amount.

To attack this problem, Asra and his able team put together an elaborate plan.

“When we received a complaint and evidence, even in oral form, we arrested the loan shark,” explain the special team officer.

“Once that is done, the first thing you do is retrieve the documents they possess from different borrowers. If not, the minute they are out, they can go back to threatening the victims,” he explains.

It is not a unilateral, heavy-handed approach on the part of Andra’s team. Garg and team usually gave a chance to the usurers to stop their harassment before the police began to act, according to a report in The Quint.

While most members of the police service wait for a complaint to be made before taking action, in this case, the police were extremely vigilant and proactive.

Instead of waiting for complaints they went out and found willing complainants. The method adopted by the team, a far cry from the latest case that has shaken Tamil Nadu.

Asra also ensured that he made his phone numbers public by putting it up on the police station board. He maintains that anyone in distress should be able to call him at any time.

Asra has time and again demonstrated what effective policing means. He is known for his fierce reputation. In 2011, he registered a case against the DMK Kottampatti Union Secretary Rajendran, on charges of distributing money to voters. As Superintendent of Police in the communally sensitive Tirunelveli district, where he served for over two years, he enforced law and order effectively and prevented caste clashes.

He holds the distinction of being one of the officers appointed by the Election Commission during the run-up to the April ‘13 State Assembly (Tamil Nadu) elections to ensure the conduct of ‘free and fair’ polls. During this time he had taken strict action against the ruling party functionaries who tried to distribute money to voters.

Asra has also always been also innovative in dealing with crimes. One such instance was the release of a woman who murdered her husband. During the probe, police found out that the man was killed when he attempted to rape their daughter.

Following this, Asra ordered her release under section 100 of the IPC, holding that the woman, Usha Rani, acted in self-defence. This brought national attention to the case as an instance of the law being not blind after all, as reported in The Indian Express.

Asra has over the last decade earned an excellent reputation and is also known as a police officer who is exceptionally pro-constitution.

He is now serving at the Central Bureau of Investigation (CBI).