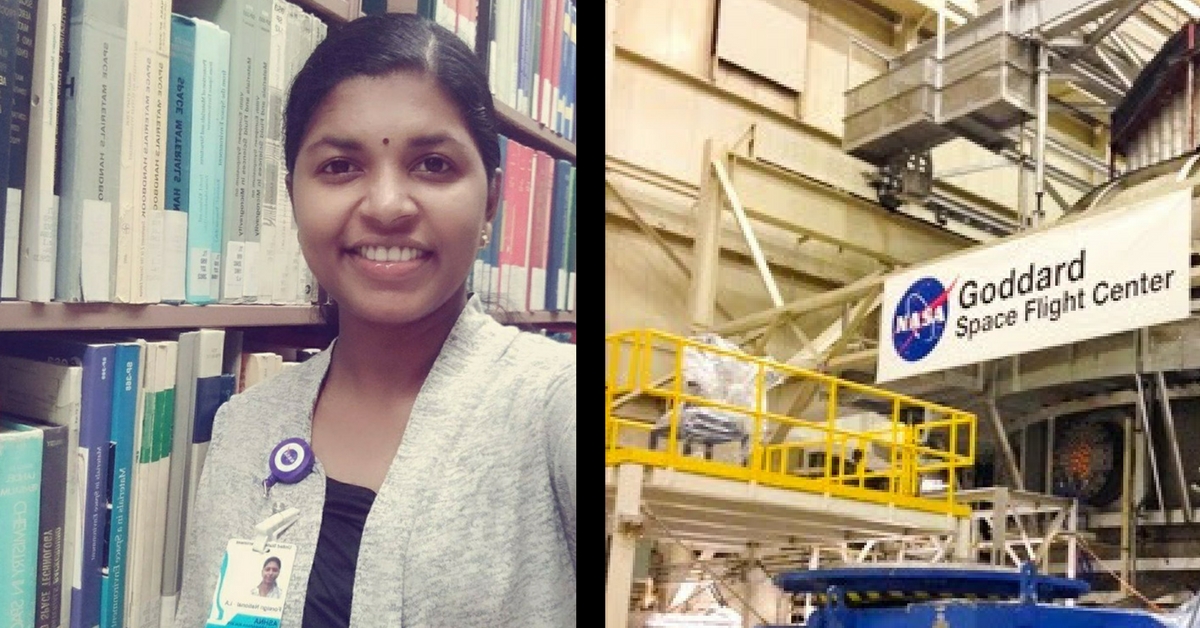 After a rigorous internship period at VSSC and Nainital’s Aryabhatta Research Institute of Observational Sciences, she applied for the internship in Maryland. Following tough interviews and research proposal presentations, she was invited for the course at NASA’s Goddard Space Flight Centre.

Ashna Sudhakar, a young woman from Kerala, has achieved what most aspiring scientists can only dream of – an internship at the NASA Goddard Space Flight Centre in Maryland.

Her diligence has paid off after she landed a learning opportunity at easily the world’s best research institute for astronomical studies, the New Indian Express reported.

NASA’s Goddard Space Flight Center in Greenbelt, Maryland, is home to the largest group of scientists, engineers and technologists in the United State’s, who build spacecraft, instruments and new technology to study the Earth, sun, our solar system, and the universe.

After a rigorous internship period at VSSC and Nainital’s Aryabhatta Research Institute of Observational Sciences, she applied for the internship in Maryland. Following tough interviews and research proposal presentations, she was invited for the course at the Goddard Space Flight Centre.

You may also like: Bidding Adieu to Late Space Scientist UR Rao – Former ISRO Chairman & the Man Behind Aryabhatta

Ashna’s father E M Sudhakaran spoke with much pride to the NIE about his daughter’s laurels, “Right from her childhood; she knew what she wanted. She was extremely hard-working, diligent and used to sit up in the late hours to finish her work or read books,” he says. “Neither my wife nor I played a role in our daughter’s achievements. She secured the internship at NASA because of her hard work. We just urged her to continue her studies and never stood in the way of her dreams,” he added.

Teachers and professors also sang the young achiever’s praises, saying that her many talents complimented her stellar academic record!