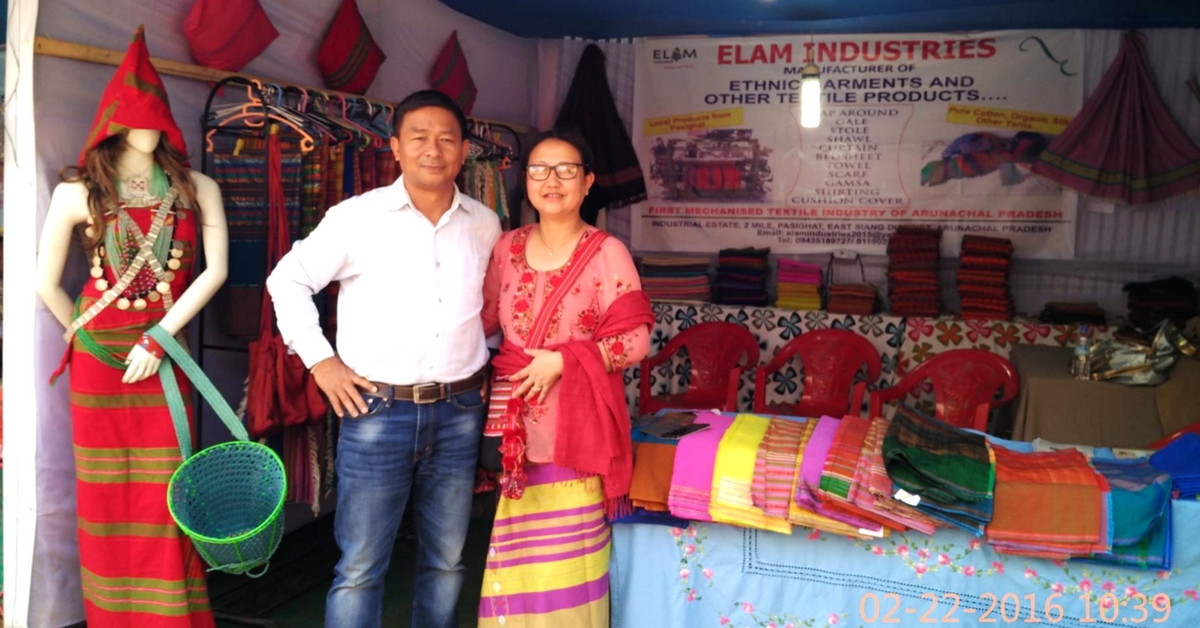 ELAM Industries was set up by Panging in 2015, shortly after his retirement from IAF. An alumnus of National Defence Academy, his enchantment with the textile industry began during a trip with his wife to Ahmedabad in 2012.

The textile industry of northeast India is famous for its intricate and beautifully handcrafted fabrics.

With each state having a rich textile heritage of its own, the remarkable handiwork of the artisans is not just sought after in the country but across the globe as well.

And now, from the land of the dawn-lit mountains, an apparel and garment unit of Arunachal Pradesh’s first mechanised textile factory will begin its operations, post-inauguration by Chief Minister Pema Khandu on November 3.

What makes the unit special is that it is the brainchild of retired IAF officer, Group Captain Mohonto Panging whose love affair with the textile industry took him from flying Sukhois to starting a venture of his own.

“If you want to independent, you have to build your own product. This applies even for the defence sector. Northeast people have always looked down upon the idea of doing business. We have to change this mind-set. Everything used in northeast is imported from outside,” the former fighter pilot, who had led the first batch of 12 Sukhoi 30 from Russia in 1997, told Times of India.

ELAM Industries was set up by Panging in 2015, shortly after his retirement from IAF. An alumnus of National Defence Academy, his enchantment with the textile industry began during a trip with his wife to Ahmedabad in 2012.

Coupled with the feeling of doing something for his community further motivated Panging to chalk out his venture as a fully functional textile factory.

“I had to come back to do something for my people and what way could be better than trying make my people self-reliant. If all the educated people stayed outside, away from their own people, how will their people develop,” he said.

Once the operation commences, the apparel and garment unit would be providing livelihoods to more than 250 local people and have a daily production capacity of 1000 shirts or 2000 T-shirts.

You may also like: Taking Inspiration From Bats, a Student From Arunachal Pradesh Has Designed Goggles to Help the Blind

Advocating for more localised industries, Panging believes that there will be lesser dependence on other states for basic amenities, besides providing employment and contributing to the development of the region.

“The central and state governments of the region needs to support these local Industries with preferential buying and pricing policies in addition to incentives like freight subsidy and capital subsidy etc.,” he added.