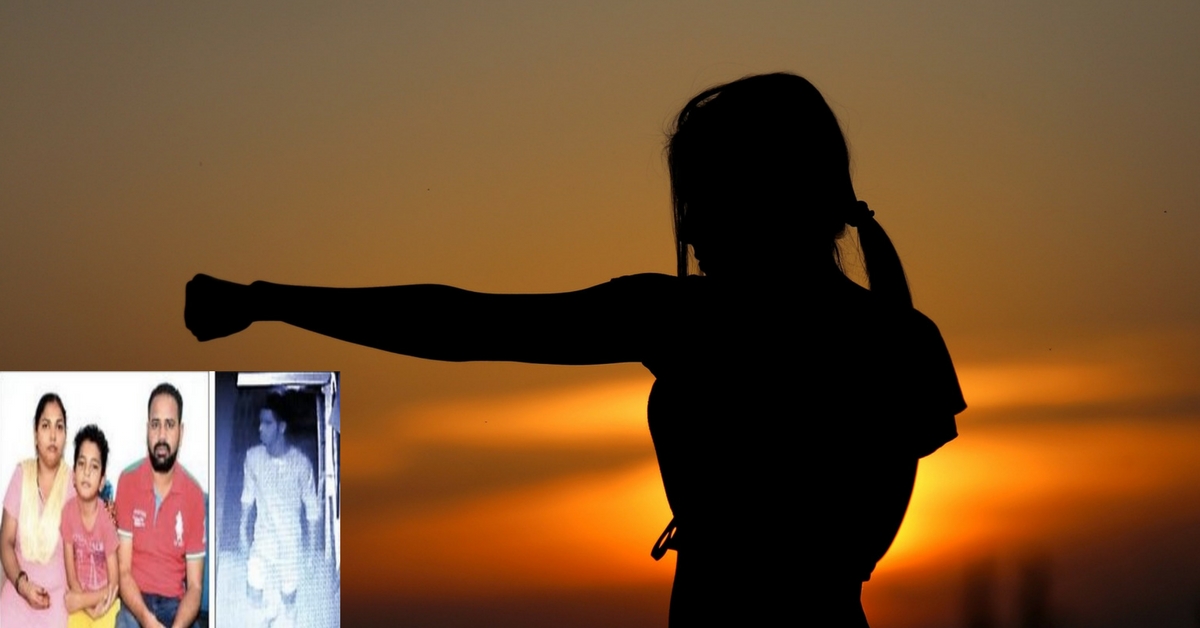 Pooja’s husband, Birendrakumar Zhizhoter, who is the Vasai city president of Bharatiya Janata Yuva Morcha, had been away at the time of the incident.

With crimes against women on the rise, the story of a homemaker in Vasai singlehandedly tackling an armed intruder will lay testimony to the fact that sometimes you have to be your own hero.

30-year-old Pooja was at her residence with her son, Kush on Wednesday evening, when the accused, Rasool Khan, turned up at their second-floor flat in Gulmohar Society, Vasant Nagri.

Pooja’s husband, Birendrakumar Zhizhoter, who is the Vasai city president of Bharatiya Janata Yuva Morcha, had been away at the time of the incident.

According to Pooja, Rasool had initially rung their doorbell around 7 pm and asked for ‘Shinde’. Kush, who had answered the bell, told the man that he must have mistaken the address as no one with that name lived there and closed the door.

A few minutes later, he rang the bell again and this time barged into the house. Pushing Kush away who was at the door, he heads straight for Pooja and gagged her mouth. He then threatened her with a knife to her neck.

But Pooja was not one who cowered in fear when danger strikes. Fighting the intruder back, she bit him on his hand and brandished him with a hockey stick kept behind the door and asked her son to run into one of the rooms and lock himself in.

As Kush was trying to run, Rasool latched himself to Pooja and tried pulling her into another room. “After fighting off Khan for about 15 minutes, my screams were heard by neighbours who rushed to the flat,” said the brave lady to Times of India.

You may also like: How a Mumbai Lady Bravely Confronted Her Stalker When He Showed up at Her Home

By then, she had managed to lock him in a room. The neighbours immediately called the police, who arrested Rasool. A resident of Mira Road, the 25-year-old was remanded to a day’s police custody by the Vasai sessions court and has been booked by Manickpur police for attempt to murder and house trespass.

According to police, Rasool’s motive behind the attack was not robbery, for the recovered CCTV footage clearly showcases the young man entering the building and heading straight to the second floor.

Bijendrakumar alleged that Rasool’s assault could be politically driven, for the man had been assaulted twice last year. This led the family to keep hockey sticks and wooden bats in their house as a safety measure. However, he added that this had been the first time that his family was targeted.