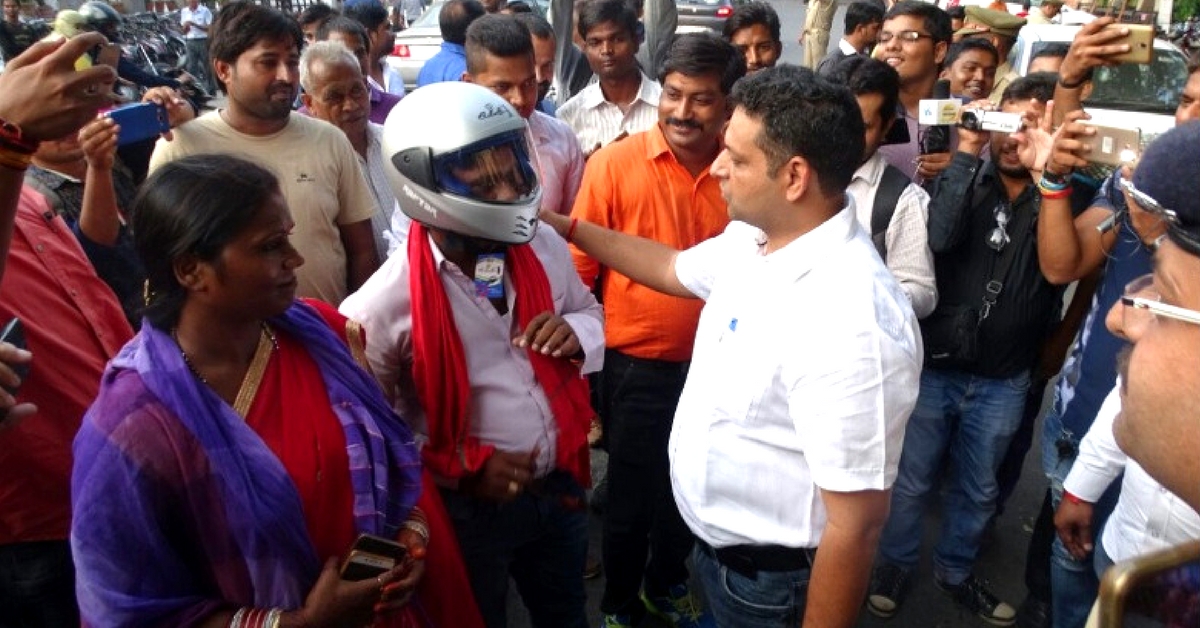 On the occasion of Karva Chauth, the cops started a traffic awareness campaign, where they distributed free helmets to married couples.

While normally the cops would just fine motorcyclists for riding without helmets, but on Sunday they had different plans.

On the occasion of Karva Chauth, the cops started a traffic awareness campaign, where they distributed free helmets to married couples, reinforcing the message of safety on the roads.

Women fast on Karva Chauth to pray for their husband’s long life, so the Senior Superintendent of Police (SSP), Deepak Kumar, thought it was the perfect occasion for a campaign like this.

“A helmet, therefore, would be the best gift for them, ensuring their safety. We thought it would be a good idea to spread awareness in this manner, using a religious and emotional appeal,” he told  Hindustan Times.

On Sunday, they set up a stall near Saharaganj mall.

Couples without helmets were stopped and fined and were also given free helmets. They warned the men to follow the rules, and their wives were told to ensure their husbands wear the helmet. Around 200 helmets were distributed that day.

The thankful couples promised they would follow the rules, and the wives swore they wouldn’t let their husbands leave home without their helmets, reports HT. They also thanked the cops for the free helmet.

The Chinhat intersection also had a similar campaign where free helmets were distributed to traffic violators. They gave out ten helmets during their traffic safety drive, the publication reported.