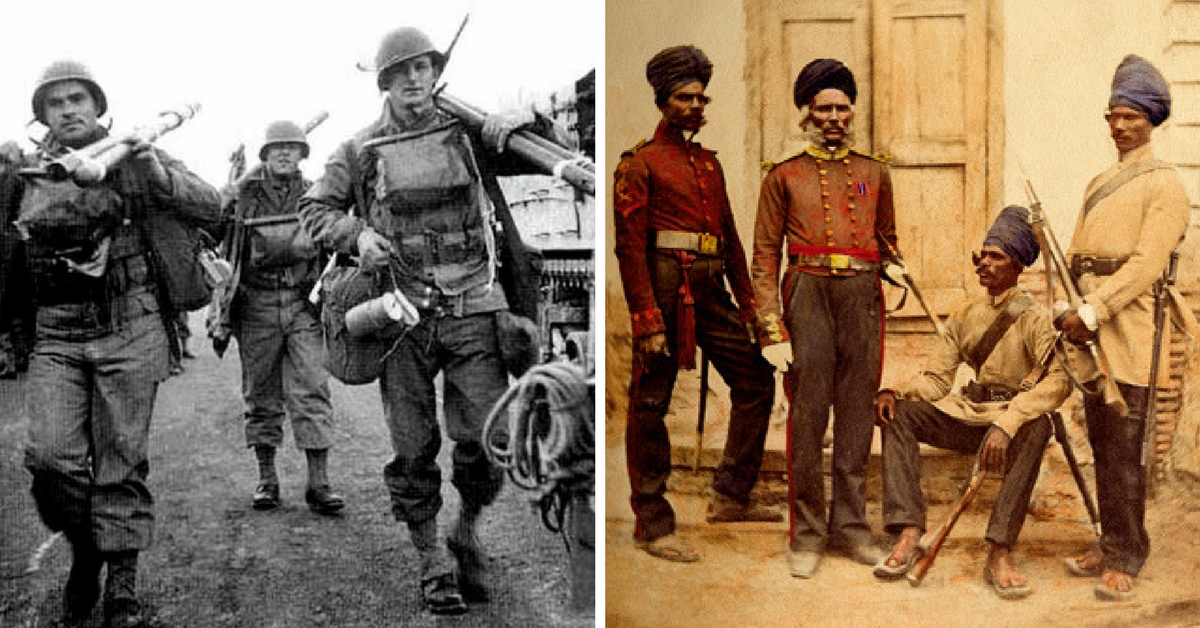 Years before the BPO industry created the word ‘Bangalored’, the name of Karnataka’s capital city had entered the common parlance of armies across the world thanks to a seemingly-ordinary tube filled with explosives.

Years before the BPO industry created the word ‘Bangalored’, the name of Karnataka’s capital city had entered the common parlance of armies across the world. Bangalore was the colloquial nickname of what the soldiers called the Bangalore Torpedo — little tubes filled with explosives that could clear barbed wires, booby traps and landmines in the battlefield.

Invented by the Madras Sappers in 1912, in what is now the sprawling campus of Madras Engineers Group (near Ulsoor Lake in Bengaluru), Bangalore torpedoes were commonly used by the Allied forces during the World War II.

In fact, it was this deadly arsenal developed in Bengaluru that played a crucial role in turning the tide against Hitler’s Germany when the allied forces stormed the beaches of Normandy in France on June 6, 1944 (also called the D-Day). The Allied invasion of Normandy on D-Day eventually led to the downfall of the Nazis in World War II.

Here’s the fascinating story of the little-known Bangalore Torpedo. 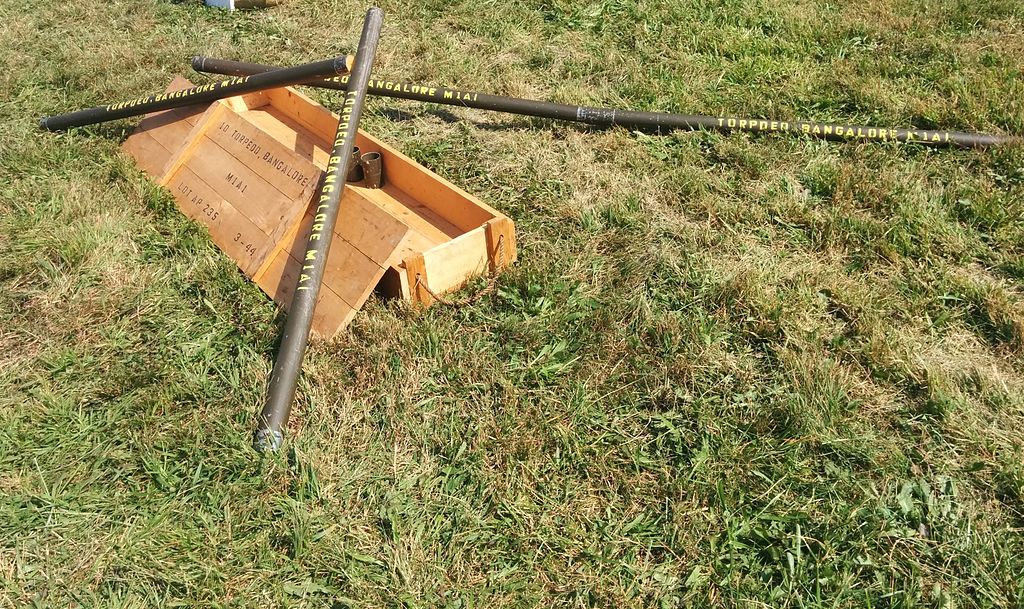 Comprising of men who were as brave as they were efficient, the Madras Engineer Group (MEG) was formed in 1780 as a forerunner to the army. Their job involved building bridges, clearing hedges, digging trenches (in fact, the name sapper comes from sap, meaning a kind of trench) and clearing any other hurdle that came in the way of the main army, even at cost of their own lives.

The soldiers of MEG (or Madras Sappers as they were later called) accompanied the British Indian Army wherever they went. They were called thambis, that translates to younger brother in Tamil, and their motto was ‘sarvatra’ (everywhere in Sanskrit).

Such was their efficiency and competence that General Frederick Roberts, the commander-in-chief of the Madras army, was compelled to say in 1883,

“We may now be certain that whenever India is called to put an army in the field, the Madras Sappers will be part of that army. Whenever they have been employed, they have added to their reputation and are a distinction to the Presidency.”

It was a Scottish superintendent of instruction at the Bangalore-based MEG, Major RL McClintock, who devised the Bangalore torpedo using locally available resources and then taught it to the soldiers of the Madras Sappers. It took the team about 26 hours to build the first three Bangalore torpedoes, with the cost of the material and labour coming to all of nine rupees, five annas and 10 paisa!

The original design of the Bangalore Torpedo had four components – a 5 feet tube to hold the explosive, the explosive charge itself, a live handle and a pointed nose that could pierce obstacles. The tubes could then be connected to stretch up to 50 feet, enabling the soldiers to detonate as many tubes as possible from a safe distance. Upon detonation, the tube itself fragments to shred barbed wire or booby traps, clearing the way for soldiers to cross through.

Bangalore torpedoes proved themselves extremely useful during World War I, especially during prolonged trench warfare. Normally, land mines, barbed wire and booby traps would break the momentum of a frontal charge while giving the enemy an easy target to fire at from the cover of their trenches.

The Bangalore torpedoes effectively prevented this from happening and quickly became the weapon of choice to clear obstacles for military engineers across the world. 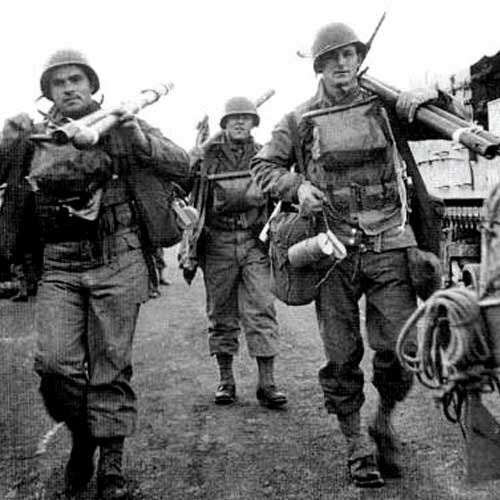 Impressed by the success of the Bangalore torpedoes, the Americans adopted the technology in their World War II campaigns. Their version of the torpedoes, called, M1A1 Bangalore, played a crucial role in breaking through German defenses during D-Day landings on the beaches of Normandy.

Interestingly, Saving Private Ryan, The Longest Day, The Big Red One and Storming Juno — all films set during the World War II— show the device being used to clear obstacles during D-Day invasion scenes!

The Bangalore Torpedo continues to be a part of the arsenals of US, Indian, British, Canadian, Chinese and Pakistani armed forces. Recently, they have been used in operations in Afghanistan for clearing enemy supply dumps within deep cave systems.

However, the storied path-clearing device may soon to be phased out of service and replaced with its high-tech updated version (called the Bangalore Blade) that is made from lightweight aluminum and using explosive penetrator technology to breach obstacles

To ensure that the Bangalore Torpedo’s iconic legacy lives on through a new tradition, the Madras Sappers have engineered a cocktail of the same name with ingredients that represent Bengaluru, India and Scotland (in honour of Major McClintock). It was launched in November 2016, the centenary year of invention of Bangalore Torpedo, and is now a part of the Madras Sapper’s religiously followed traditions.

As the Commandant of MEG and Centre told Bangalore Mirror,

“Bangalore Torpedo was accepted by all the armies around the globe and used in most of their operations till date with certain modification to the original design…Madras Sappers take great pride for this invention by their officer and it finds its prestigious place of honour in Madras Sappers Museum and Archives located inside MEG and Centre.”

Here’s an interesting anecdote about the legendary Madras Sappers to end the story with. When the British army began awarding Indians for heroic deeds and exemplary service in the battlefield, the first such award was given to Havildar Chokalingam of the Madras Sappers for his extraordinary courage in the Coorg campaign of 1834.

Named Chokalingam medal after the brave soldier, this was the first medal to be specifically crafted to be awarded to an individual. Today, it occupies a pride of place at the Madras Sappers Museum in Bengaluru.

Also Read: The Little Known Story of How Jamshedpur Played an Active Role in Both the World Wars