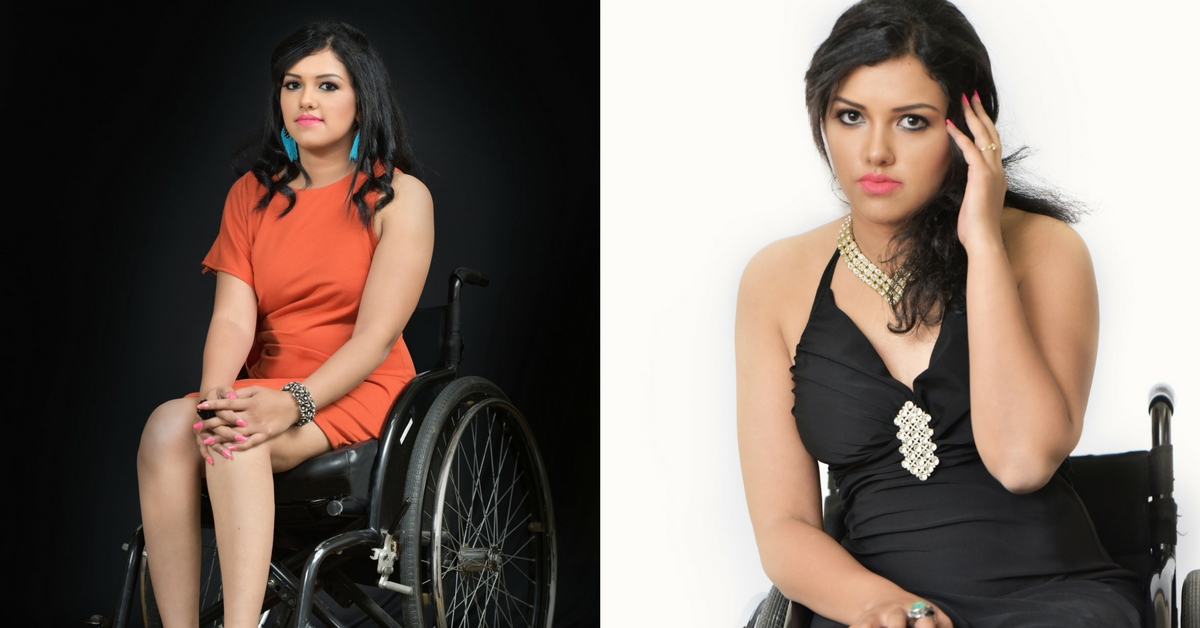 A road accident, at the age of 21, led to a major spinal cord injury. Many unsuccessful surgeries later, she was rendered wheelchair-bound for life. But, Rajalakshmi doesn’t think her physical disability has been an obstacle in chasing her dreams or carving her own identity.

Dr Rajalakshmi SJ is a woman of many talents. A dental specialist, a consulting Orthodontist by profession, a philanthropist by choice, an adventure seeker and last but not the least, winner of the Miss Wheelchair India pageant, 2014.

The Better India delves into the life of this young independent woman who waged, and won, a legal battle for the rights of persons with disability in education in India in 2010 and represented her motherland in the Miss Wheelchair World Pageant in Poland, winning the Miss Popularity title.

A road accident, at the age of 21, led to a major spinal cord injury. Many unsuccessful surgeries later, she was rendered wheelchair-bound for life. But, Rajalakshmi doesn’t think her physical disability has been an obstacle in chasing her dreams or carving her own identity.

In fact, she thinks she has been blessed with two different lives in the same lifetime, one in which she lived as an able-bodied woman and the one that she continues to live today – that of a differently abled woman.

“It’s a fortune to understand & explore oneself in a superior way under extreme life situations, and I did exactly that!” she told The Better India.

Being in a wheelchair did not deter the young woman from her dreams of completing her Bachelors in dental surgery. In addition, she also completed various courses in Psychology, Fashion Designing and Vedic Yoga. She also wheeled the ramp for Orion Fashion Week in 2015.

Her dedication earned her a gold medal in Masters of Dental Surgery. But alas, despite bagging gold, she wasn’t given a job!

Today, she is not only teaching as an Assistant Professor in a dental college but also owns a dental clinic, SJ Dental Square. She has been a part of research projects on genetics and successfully presented a paper and poster in national conventions.

She also the chairperson of the SJ Foundation, which works for the cause of persons with disability. After winning Miss Wheelchair India 2014, she organised the pageant the following year in Bengaluru through her foundation.

She conducts free dental health camps at schools and is also a peer trainer for wheelchair training. She has successfully participated in wheelchair basketball & wheelchair dance programmes.

Her work has been appreciated, awarded and felicitated at various forums. She has really earned titles like A Bold Woman in India, A Positive Hero & A Woman of Substance.

Adept at interior designing, singing, dancing, painting and swimming, Rajlakshmi has spanned over 11 different countries on her wheelchair.

Speaking about major challenges that persons with disability face in India, Rajalakshmi says, “The main challenge is the infrastructure. I wouldn’t want to generalise people’s mindsets, but there is still a section who look at physical disability very differently. Disability is just a word used to describe a condition. It can be looked at from different perspectives. Disability can be mental and emotional. The only difference is physical disability is visible. The acceptance is less.”

She shares her experience organising the Miss Wheelchair India 2015 the following year after her win. “Miss Wheelchair India isn’t just a mere beauty pageant where you win and forget all about it. It gives you a responsibility with the title of ‘India.’ The founder, Mr Sounak Banerjee, asked me if I could organise it in Bengaluru. It was a challenge to raise funds. I did my best. Despite the publicity, the funds were less. We managed to get other sponsors later. And we definitely raised the bar from previous years,” she says.

Initially, when she opened her clinic, there were patients who would ask her who the doctor was, when she entered the room on her wheelchair. But that has definitely changed over the years!

The SJ Foundation has been working for the cause of disabled people for over seven years now. They are currently fighting for rights of persons with disability with respect to employment opportunities.

“There is a great disparity in the law that guarantees equal access to employment opportunities to all and what is implemented,” says Rajalakshmi.

Her message to young people is never to stop exploring! “Learn to love your life the way it is, but don’t stop at what you have. Life is an evolving process. Keep exploring your capabilities through different dimensions and avenues.”

Apart from the legal battle, she is organising a national dental workshop, expanding her dental clinic to a second branch, gearing up for wheelchair tennis tournament, speaking at TEDx, and the list is neverending.

Speaking to us a few weeks ago, about the Miss Wheelchair pageant she said, “I am not only representing India but also the entire community of persons with disability on an international platform on par with other countries. It is a very proud feeling!”

We cannot thank Rajalakshmi enough for sharing her story and you the readers of the Better India for voting for her!  It is indeed a proud moment for India!