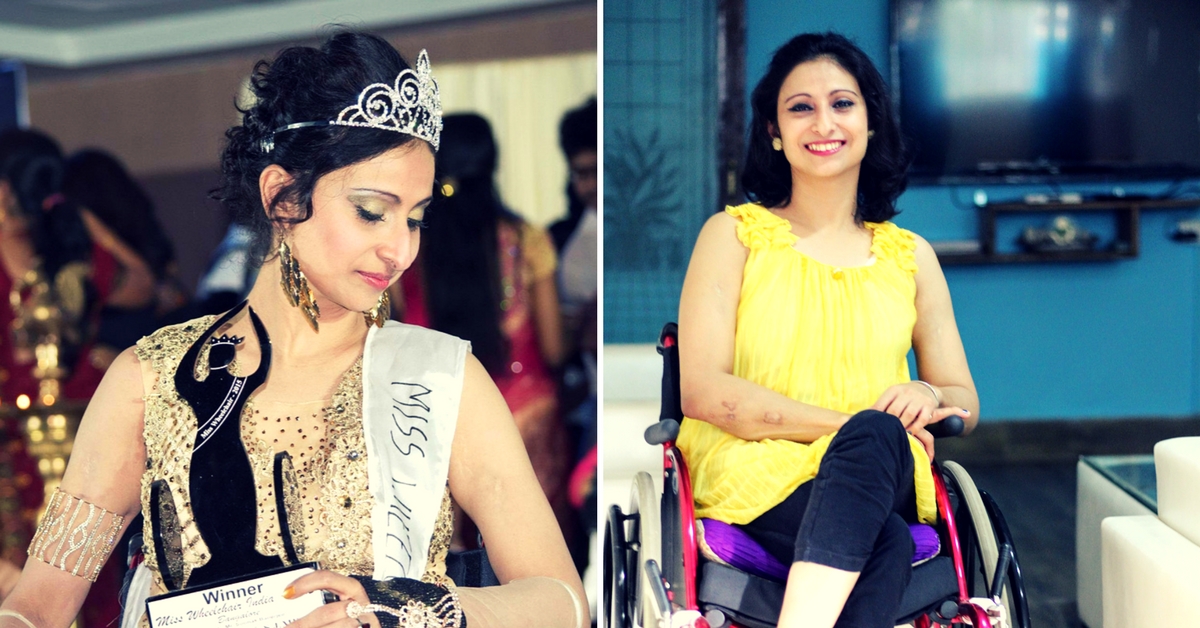 A strong & resilient personality, which challenges beauty standards and helps India look beyond a person’s disability. A trailblazer for models on wheelchairs!

Priya was only 19 and studying for her first year in Physiotherapy when she was diagnosed with an incurable autoimmune disease called ‘Systemic Lupus Erythematosus.’ It rendered her wheelchair-bound for life.

But her disability doesn’t define her. What defines her is a strong & resilient personality, which challenges beauty standards and helps India look beyond a person’s disability. A trailblazer for models on wheelchairs!

An all-rounder in school, Priya dreamt of becoming a doctor and chose Bachelors in Physiotherapy. It was at the time that she started developing butterfly rashes over her face, arms and feet.

She was treated for malaria and dengue instead. Not many were aware of Lupus as a life-threatening medical condition. The wrong diagnosis and prognosis drained her body of its energy – rather than revitalising her.

Finally, a doctor who seemed to have seen similar signs in a case he had dealt with earlier, spoke to her mother in a hushed whisper. Priya’s dad, deployed in Nagaland as part of the Indian Army, was summoned.

Hearts broke, and tears were shed as the doctor explained how their daughter was diagnosed with an autoimmune disease that had no cure so far.

Lupus was infamous for attacking any of the vital organs. Priya would undergo regular checkups through blood tests. The strong medication administered started having side effects too. Visits to her rheumatologist and immunologist became a regular affair.

Being a medical student, she’d scrutinise her pathology and anatomy books and obsessively probe every article online on Lupus. She would discuss her medication, its side effects and progression of her disease with the doctors.

For the longest time, when no drug seemed to have any effect on her suppressed immune system, she was at the mercy of steroids. But the terrible side effects made the rheumatologist switch her to a chemotherapeutic drug called methotrexate.

Priya was only 19 and balding due to the chemotherapeutic drug’s side effects. 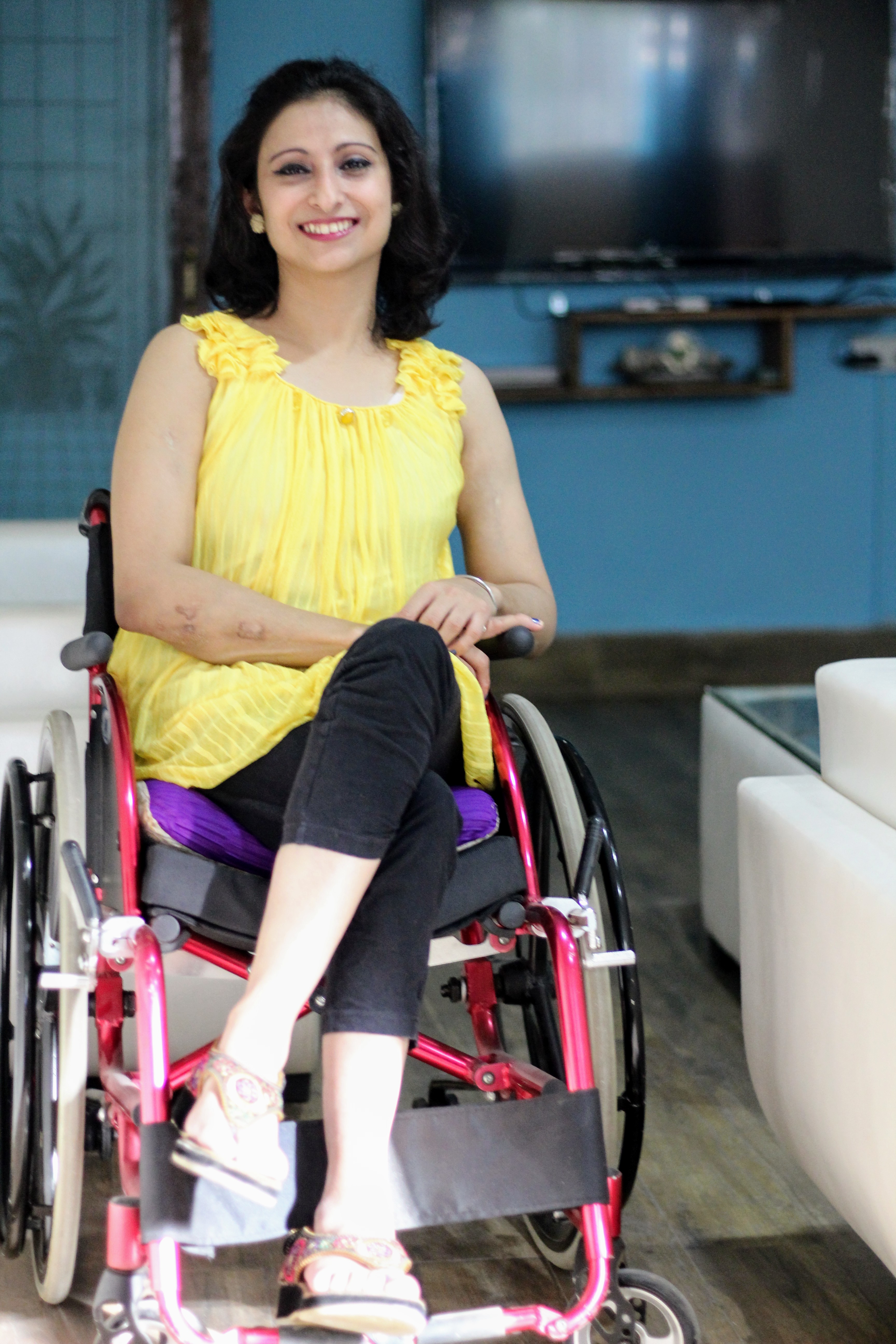 “It was difficult looking into the mirror. I would use black markers to hide the balding patches on my head and wear headscarves, to avoid getting bullied. But that did not stop students in college from making fun of me,” she says speaking to The Better India.

When she rejoined college after recovering a little, for two to three weeks, her legs stopped functioning, and she had lost control over her bladder.

The platforms were not disabled friendly, nor were the washrooms with their Indian setting. It was difficult being carried like a baby by her parents, as onlookers stared, in the exam hall passage.

“I was determined not to stop my education. But I was missing college due to the checkups. When I would sit for exams, I failed to remember what I had studied. I had trouble concentrating and I just wished my pen would stay still as I struggled to finish my paper,” she shares.

Helplessness seemed a word too small back then, she says. She recalls an incident another instance at home saying, “I remember being stuck in the washroom at home for over three hours. It was extremely cold. When my mum returned, I was lying there like a log of wood. I was rushed to the hospital yet again. But the doctors refused to take me seriously.”

She had to drop out of her Physiotherapy course. She also gave up the Nutrition course she took shortly, after narrowly escaping the horror of getting a leg amputated.

Later, her father was posted to Delhi to facilitate her treatment, and the whole family moved to Noida. She was admitted to the Army Hospital Referral and Research for three months, where she underwent over five surgeries for debridement (removal of damaged tissue or foreign objects from a wound) and skin grafting.

“I was in severe depression for three months with symptoms of schizophrenia. It was the lowest phase of my life. I would get paranoid and failed to recognise my parents. I had stopped salivating or even eating. I would refuse to eat food thinking, somebody would poison it,” she said.

Having shifted to Delhi, Priya’s sister left her well-paying job to take care of her. Her mother would have lost her job as well if she didn’t rejoin work soon. So she would visit Priya at regular intervals.

“We were drained in every way – emotionally, physically, socially and financially.”

You may also like: The Untold Story of India’s Leading Woman Sailor, Dr Rohini Rau!

Priya’s steady recovery started slowly. Her mum took a transfer to Delhi and her sister got married.

“The loneliness in the mornings when everybody would leave started setting in. But I decided to throw myself in activities that could keep me occupied.”

She started painting and doing craftwork thanks to YouTube! She would also take batches of tuition from 3 pm to 8 pm. 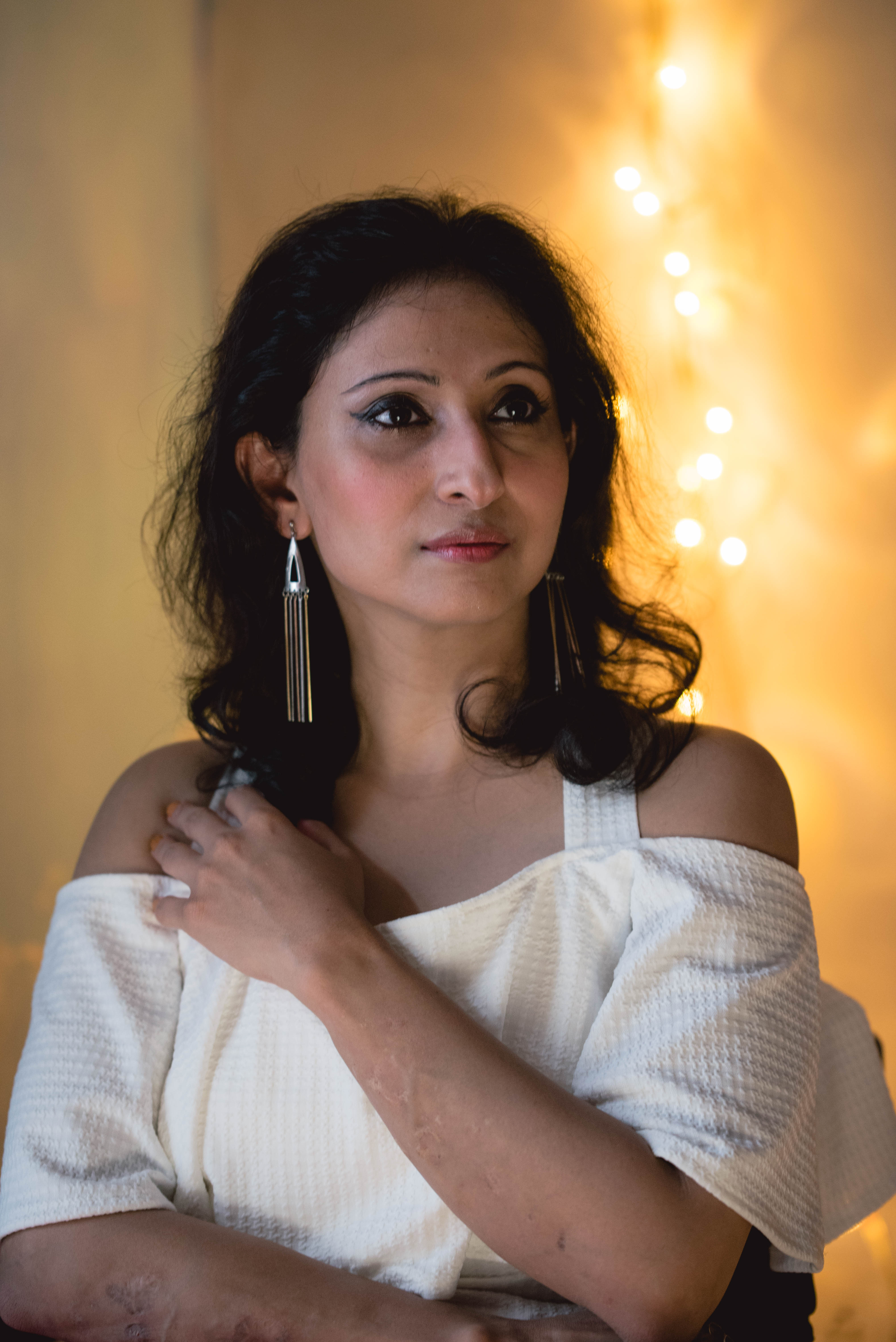 It was at that time that she came across a documentary on Dr Rajender Johar, Founder of Family of Disabled, who exhibits a repertoire of art & craft work by persons with disability. “I sent them a sample of my art, and it impressed them to the extent that they were willing to sell it,” she says.

“My disability couldn’t be an excuse to not make anything substantial out of my life,” she says.

She met Professor Prabhat Ranjan, Executive Director TIFAC, a few years ago, who works on innovations for persons with disability, who tried hard to convince her to apply for the Miss Wheelchair India Pageant.

“He kept pushing me to apply to the Miss Wheelchair India Pageant in 2013, but I refused since I was studying for my MCA. In 2014, I missed the application dates. It only worked out in 2015. I sent two very simple pictures and a biodata.”

Her picture was selected! They asked to send in more glamorous photographs.

“My medical condition has made me lose touch with my feminine side that loved spending hours in front of the mirror picking lipstick shades and painting nails. This was my chance to rekindle my love for it.”

Initially, her students helped her with the makeup. But slowly, she learned to do it on her own.

A few days later she got an email saying confirming her place among the Top 7 finalists. There was no looking back now.

Pathology and anatomy books were now replaced with magazines and books to update her knowledge and style quotient.

The finale was organised by NGO, S J Foundation under Dr Rajlakshmi S J, in Mumbai. It had three categories – women on a wheelchair, disabled women and married disabled women.

As expected, Priya charmed the judges and onlookers in the introduction and evening gown rounds. When she was asked what would she do if she won or lost, pat came the reply:

Winning or losing didn’t matter when she had set her head to working in three areas extensively. One was for persons with disability. And weighing equal on her scale of priorities – The Clean & Green India movement and Education for the girl child.

Being crowned Miss India Wheelchair was the most surreal moment of her life, says Priya. 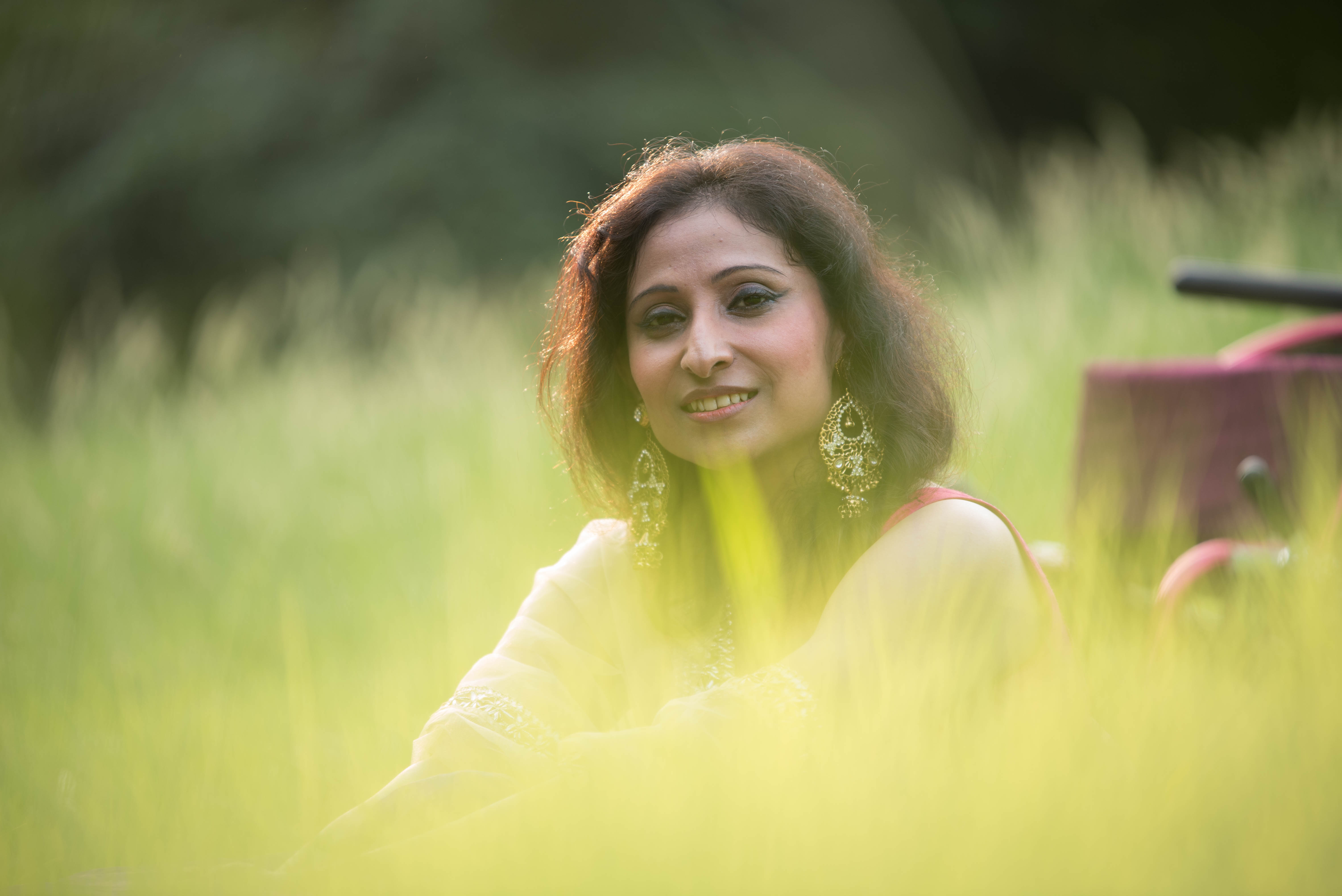 “I was on top of the world. People were interested in knowing who I was. Media publications would throng me.

“Everybody is disabled in one way or the other. Inclusion is what will remove this bifurcation of categorising people. Your disability doesn’t define you. If you decide to be mentally strong and look beyond your disability, no mountain is too high to ascend.”

For a girl who took absolutely no training to be a ramp diva, Priya has the perfect hand gestures, facial features and confidence. She is all set to charm the world in the Miss Wheelchair World, held in Poland next month. She looks up to fellow Indians to support her by voting for her.

You can pledge your support and help her win here.
Here’s a short tutorial on how to do it!