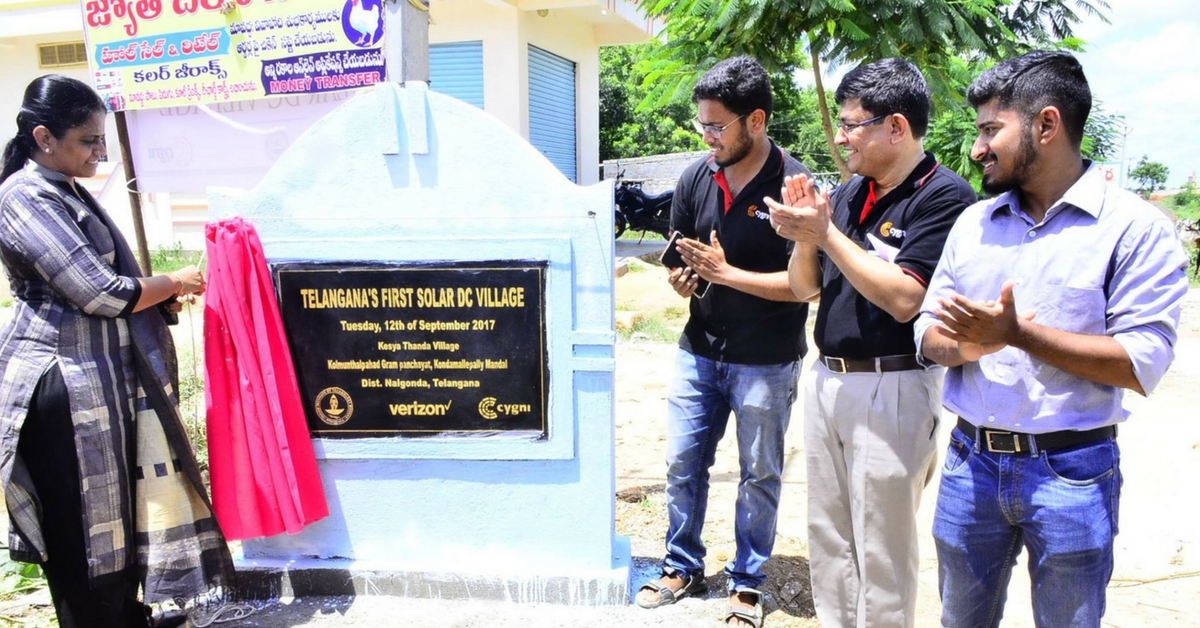 Despite 70 years of independence, a majority of villages and hamlets in the country continue to dwell in darkness.

Identified as world’s largest un-electrified population by World Bank in 2014, issues like lack of proper infrastructure or consistent supply of power remain to be addressed at large.

Barring the hours when daylight is sufficient to make ado, many villages still spend close to six to eight hours every day without electricity and depend on age-old practices to light up their evenings.

Thanks to an initiative by the Indian Institute of Technology, Madras (IIT-M), as many as 300 households across Devarakonda Mandal in Nalgonda district of Telangana will now see the light!

Implementing solar-powered technology known as the ‘Inverterless System’, these households wouldn’t need to depend on kerosene lamps anymore.

Developed by IIT-M, the technology was commercialised by Cygni Energy Private limited, which is an institute-incubated firm.

With a financial assistance of ₹75 lakh under Corporate Social Responsibility (CSR) by telecom company Verizon, the firm helped install the contraption in every household as well.

You may also like: Internet, Education & More: How IIT-M Students Have Been Empowering TN & AP Villages for 12 Years

Constituting a 125 Wp solar panel, a 1 kWh battery, an inverterless controller unit and DC loads, which operate on a 48V DC internal distribution line, the device has the ability to power a DC fan, a DC tube light, two DC bulbs, a DC mobile charger, a DC power socket and a remote controller to operate the fan and tube light.

Completed in June, the concerned authorities remain updated about the functioning of all the installed systems through remote monitoring.

The data is consolidated via mobile phones and synchronized to a central server.

The project took flight under the guidance of Ashok Jhunjhunwala, who is the Principal Advisor to the Ministries of Power and New and Renewable Energy as well a Professor (on sabbatical) at IIT-M.

“Today, millions of homes in India either do not have grid connectivity or suffer from power outages for a large fraction of the day. This project heralds India’s move towards a solar-powered future, without compromising on efficiency or affordability,” he told Economic Times.