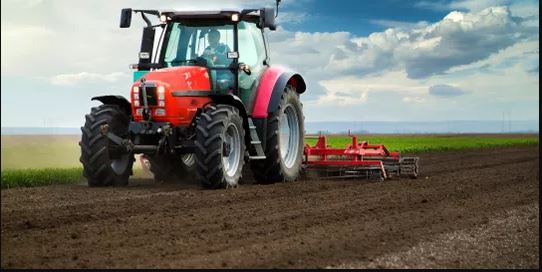 An agricultural equipment rental company is working towards organising the sector and making it profitable for everyone involved.

Technology has made inroads into almost all spheres of life, but sadly, India’s vast agricultural sector has a severe lack of it. Despite rural India being predominantly agrarian, less than 30% of our farmers use the necessary equipment that facilitates productive and profitable work.

Their vision? To make agriculture profitable for vulnerable farmers.

India primarily consists of small and medium landholding farmers who look to rent equipment, usually on an hourly basis.

“By leasing out agricultural equipment from the owners, we increase its utilisation and often pay higher rentals than they would get just by serving their existing pool of customers. At the same time, we provide small and marginal farmers with the equipment they require at a 20-30 percent discount from the prevailing market rates,” says Razdan.

How does their model work?

Equipment owners get a fixed rental for a monthly, three-month or a six-month contract that ranges from 30-40k per month depending on the kind of implements. The vehicles and tools are subsequently rented out to farmers on an hourly basis. By himself, the tractor owner makes around 25-30k since he/she has no way to aggregate/source/route orders from a bigger area. The ‎average usage per day of a tractor, while it’s with the tractor owner, is 3-4 hours/day in season. When they lease it to Farmringg, it gets utilised for 5.5 hours/day. Therefore, utilisation is increased by 40 percent and costs are down by 20-30 percent.

Gandhi, Reddy and Razdan met while doing their MBA from SP Jain Institute of Management and Research in Mumbai. The trio was keen to do work that had a strong social impact.

“Agriculture, an unorganised sector, was an attractive option since it had a broad base across India. Also, after much thought, equipment rentals struck as a reasonable proposition to start with. Uber and Ola were gaining traction in the cab space at the time and to marry such a model with social impact was too attractive to pass on,” they reminisce.

After talking to several incubators, ICRISAT (Hyderabad) agreed to provide introductions on the ground to carry out a survey and have a pilot operation.

The results of the study were promising, and the founders decided to hire tractors to serve farmers for the November 2016 -January 2017 land preparation season.

Even though demonetization happened during the time, they chose to go ahead and start with the pilot. “Contrary to our fears, not a single farmer defaulted on their payment, and we got an excellent response, making the pilot a success,” says Razdhan.

The motivation for expansion, however, came from the people on the ground. “We got invited to attend local weddings. People offered to buy tractors specifically to give us on rent. We have even been paid in advance to get some work done for the next season. All of this gave us the confidence to carry on with the journey and prepare for the coming season,” he adds.

At present, the company rents out tractors with levellers, rotavators, cultivators, trolleys, harvesters across 30 villages (including).

They operate in the Siddipet district of Telangana.

The organisation has completed the previous sowing season(June-August 2017) in Telangana in 30 villages in the Siddipet district‎. Prominent ones include Pulluru, Imambadh and Machapur. Farmringg plans to cover 150-200 villages by November 2017.

FaaS (Farming as a service) is not a new concept, and several companies in India implement it in different ways. Some buy their equipment, which is capital intensive, or by tying up with CHC’s (custom hiring centres) and others by using technology/apps.

“We believe that the landscape for the Indian farming sector will need a mix of an on-ground presence. We have trackers installed in tractors which we take on a long-term lease so we can trace diesel consumption as well as work done. This lowers our cost of operations, and our field staff can concentrate on marketing and getting new orders,” says Razdhan

In the course of conducting the initial survey, several discrepancies in agri-equipment rental pricing across areas came to light, which is a sign of ill-organisation.
Dashmanth, whose family is actively engaged in agriculture, validated the results. Thus, the vision for the organisation ensures everyone, irrespective of scale, get the necessary machinery at affordable prices.

You may also like: In Conversation: Becoming Organic Farmers in Karnataka Seems to Be the Best Choice This Couple Made

“This venture is entirely funded with our savings. Our greatest joy has come from hearing farmers’ feedback and knowing that we have made a difference. We are looking forward to scaling up and reaching out to more farmers,” Razdhan concludes.