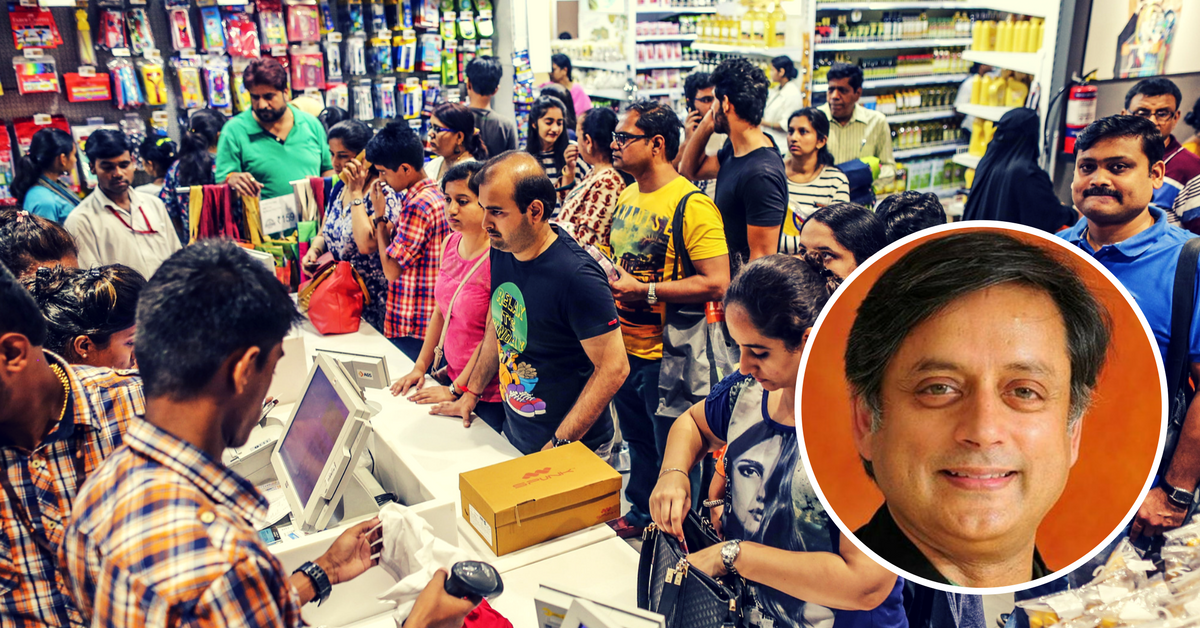 India’s economic development strategy has been affected by the fact that ours is a federal system.

This is a series of articles by leaders on how India can raise its Business Quotient.

What should India do to improve its “business quotient”, and make itself a more desirable place for investors?

First of all, it’s true that the Indian economy is a rather unusual animal. Policy choices are made in a democracy, and that too one with a majority of poor voters – every Member of Parliament represents a constituency where a majority of his voters live on less than two dollars a day, and so the basic issues of survival and redistribution assume a high priority.

Most other democracies grew first, then became democratic later.

There was no real universal suffrage when most Western democracies were beginning to prosper during the Industrial Revolution. So Indian economic policy necessarily took the needs of the poor as a priority and sought to win their votes by offering them economic incentives. Redistributive policies have been high on the national economic agenda, because India has been a democracy since the start, and as an MP I know there is no escape from the political responsibility to pursue such policies.

As a corollary of this, economic policy is driven largely by the interests of the poor, rather than taxpayers, since taxpayers are relatively few (less than 5 percent of the voters) and non-taxpayers command more votes. In a democracy, the politician’s accountability is inevitably more to the majority of the voters than to the minority of taxpayers. Of course, as the economy grows and the taxpayer base broadens, this will change, but that’s for the long-term.

At the same time, India’s economic development strategy has been affected by the fact that ours is a federal system. Whereas the European Union is 29 sovereign countries and one common market, we were – until the Goods and Services Tax was adopted this year – one sovereign country and 29 markets, with differing state taxes and various limitations on inter-state commerce, including octroi and long lines of lorries lined up at check-posts at state frontiers. The GST, which kicked in fully on July 1, should change this, but the proof of the pudding will be in the eating – and the main course is still being served.

That said, the basic numbers are heartening. Half of our growth has come from private consumption, less than 10 percent from external demand; this compares with 65 percent of China’s real GDP growth coming from exports, and only 25 percent from private consumption. India has the highest household savings rate in Asia, at 32 percent of disposable income. In fact, 65 percent of our national annual savings come from households (it’s under 40 percent in China).

Indian banks have a fraction of the bad loans that China’s banks suffer.

Much of India’s economy is driven by its so-called “demographic dividend”: Nearly two-thirds of India’s 1.2 billion population is under the age of 35, creating one of the largest consumer markets in the world. It’s no surprise that India is attracting businesses the world over, keen to access these new customers. Our work force has grown by about 2 percent a year in the last decade, while China’s has grown at less than 1 percent while growing older. Since we have a huge middle class, larger than every country bar the U.S. and China, purchasing power is impressive.

We have a big food-grain surplus. Declining oil and commodity prices have favoured us. Inflation, which used to be very high a couple of years ago, has now been contained, thanks largely to the collapse in fuel prices. Our fiscal deficit has been going down. We have a manageable current account deficit.

With China slowing and providing multiple barriers to entry, and Europe stagnating, there are very few places in the world that provide the opportunities that India does to investors.

The country that looks best placed to provide the next engine for the world economy is India. The Indian private sector is efficient and entrepreneurial and is compensating for the inadequacies of the state. India is good at the art of channelling domestic savings into productive investments, which is why it has relied so much less on foreign direct investment, and is even exporting foreign direct investment to Organisation for Economic Co-operation and Development (OECD) countries, as the sight of the British Prime Minister driving an Indian-owned car (the Jaguar) epitomises. India’s entrepreneurial capital and management skills are well able to control and manage assets in the sophisticated financial markets of the developed West.

India, home of the oldest stock market in Asia and a thriving democracy, has the basic systems it needs to operate a 21st-century economy in an open and globalising world. We can say with some confidence that India will continue to prosper and pull more millions out of poverty than we have ever done; that our companies will compete effectively with Western corporations for business, purchase foreign companies and assets, expand their trade and overseas investments, invent and develop new technologies, and displace more economic weight around the world.

To do this well, we need to continue exploiting the major opportunities at the bottom of the pyramid, which help explain India’s path-breaking leadership in ‘frugal innovation’: taking the needs of poor consumers as a starting point and working backwards.

Google the phrase ‘frugal innovation’ and your first twenty hits will all relate to India. Indians are natural leaders in frugal innovation, with our celebrated ‘jugaad’ system of developing makeshift but workable solutions from limited resources. This is not just “making do”. It’s about innovation, or what some call “Indovation”, finding solutions and achieving success within the constraints of a poor, resource-starved developing country – inexpensive innovation, often improvised on the fly.

After all, Indian ingenuity has produced a startling number of other world-beating innovations, none more dramatic than the Mangalyaan mission to Mars, which cost $74 million, a little less than the special effects for the Hollywood space movie Gravity – and about 11 percent of the cost of NASA’s latest Mars program ($671 million). We have to continue our global leadership in frugal innovation.

So there is new hope, and it lies in these fundamentals, that transcend any government.

It is possible for India to vastly step up its exports, be a hub of world-class education, and take major strides in the manufacturing sector. But for all this a combination of policies is needed, ranging from exchange rate management to micro-level stimuli.

. Read more on Opinion by BloombergQuint.

The views expressed here are those of the author’s and do not necessarily represent the views of The Better India or BloombergQuint or their editorial teams.