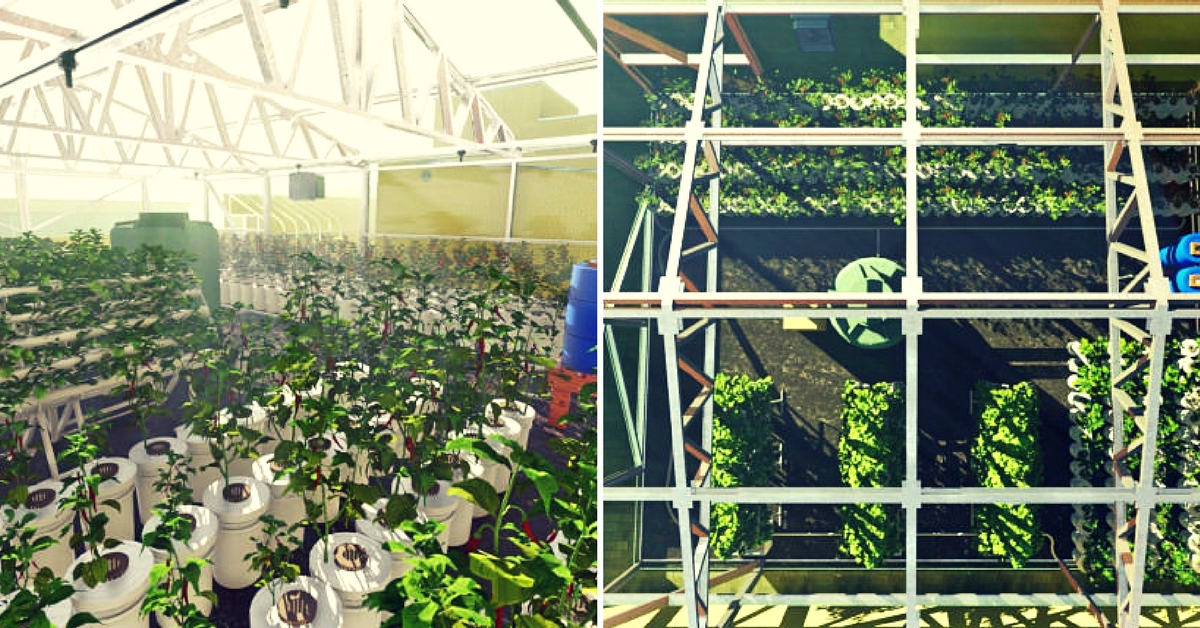 The produce from his hydroponic farm will help feed underprivileged senior citizens in old age homes and NGOs, with none of it being commercially sold for profits.

Ever wondered what it would be like to grow your vegetables at home? One might looked puzzled and say, “Sure! But in an urban setting? Is there even enough space?”

Well, one program manager based in Singapore is on a mission to change the concept of traditional agriculture by practicing hydroponic farming on unused spacious rooftops.

Srihari Kanchala is not only focused on growing produce locally but aims to impact the lives of senior citizens. The produce from his hydroponic farm will help feed underprivileged senior citizens in old age homes and NGOs, with none of it being commercially sold for profits.

“Urban farming seemed to be the best option not only to promote locally grown vegetables and fruits but also utilize unused open spaces, in the concrete jungle that the cities have turned into,” says Srihari

What is hydroponic farming?

Hydroponics is a subset of hydroculture. It is a method of growing plants using mineral nutrient solutions in water. These plants grow directly in water and require no soil. The two important factors to be controlled include the nutrients in the water, as well as the air temperature. Even though the effort one has to put in is double than that of outdoor agriculture, the method allows an urban farmer to grow veggies efficiently year-round.

This method of farming uses water and space efficiently. Most experts deem it the ultimate future of farming.

Read more: This Software Engineer Sold His Company to Start a Vertical Hydroponic Farm in Goa

Is Urban farming a new concept? 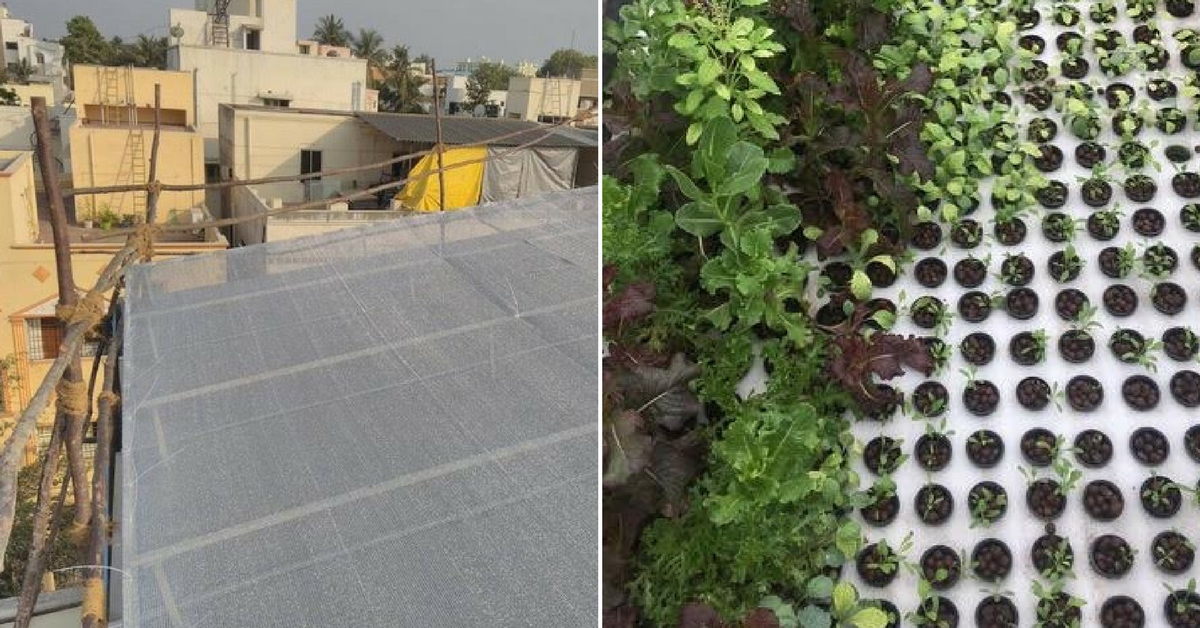 Well, no! You can trace the history of urban agriculture to 3,500 BC when Mesopotamian farmers set aside plots in their growing cities to carry out farming. During World War II, urban farmers had what came to be called ‘victory gardens’ that produced crops to feed underprivileged neighborhoods too. One of the prime reasons for the implementation of this concept is the lack of clean produce. It is expected to pick up pace in India.

Speaking about the inspiration behind Urban Chennai, Srihari told Milaap, “One of the biggest examples of the urban citizens helping each other during crisis was Chennai floods. That inspired me to do something and contribute back to the society.”

The idea behind the initiative is to encourage and promote small communities to grow healthy fruits and vegetables locally. “I believe that food brings people closer, which in turn brings communities together,” he says.

Srihari’s goal is to help apartments, gated communities, and corporate offices with large terrace spaces join hands and grow healthier vegetables, not only for their personal use but also share what’s left with underprivileged communities that can’t afford meals.

The financial capital investment for hydroponics even though on the higher end of the scale, is
cost effective and energy efficient. It can provide more yields, ensuring surplus locally grown produce at a lesser cost.

Charity and experiments, all begin at home. So, Srihari wants to start this project by transforming 1,000 sqft of his family rooftop and convert it into a model urban farm and community space.

Speaking about financial aid to realise his dream, Srihari says, “We have reached out to some of our friends and corporates to fund this project. A family friend of ours, funded 50% of the project as a part of his company‘s CSR and the rest 50% was funded by my brother and I.”

The urban farmer’s 1000 sqft greenhouse is built using polycarbonate instead of plastic sheets. This helps the farm withstand the heavy rains and storms that Chennai is infamous for.

To ensure natural ventilation, it has side openings and an insect mesh over the top. The power requirement for the greenhouse is very minimal.

To ease problems of controlling leaf temperature, Srihari has installed Aluminet screens on the top that bounce off 50% of the sunlight. This helps them control the temperature and ensures the plants don’t burn out.

Without these aluminet screens, the greenhouse temperature would be 8-10 degrees above the temperature outside. So, even the process of controlling temperature is 100% natural without the use of huge mechanical exhaust fans.

This 1000sqft place can grow 1600 plants at any given point. Once the plants are transplanted into the grow systems, they don’t need any manual work as they are irrigated automatically until harvest.

There are sensors that monitor the amount of nutrients given to the plants and control it as per requirements. So, the urban farmer only intervenes at the harvest stage.

This urban farm grows vegetables such as tomatoes, brinjals, capsicums and greens like spinach and lettuces. In addition, a lot of herbs like basil, fenugreek, coriander, and curry leaves are also grown.

“I see this project as a means of bringing huge difference. The whole thing seems more personal and fulfilling,” he says.

A newly imported vertical Aeroponics system from Germany is now allowing them to grow more plants in a space as tiny as 20sqft in a vertical tower. Is aeroponics the future then? Well, it’s hard to predict but it certainly more water efficient than hydroponic farming.

You can connect to Srihari at Srihari@me.com