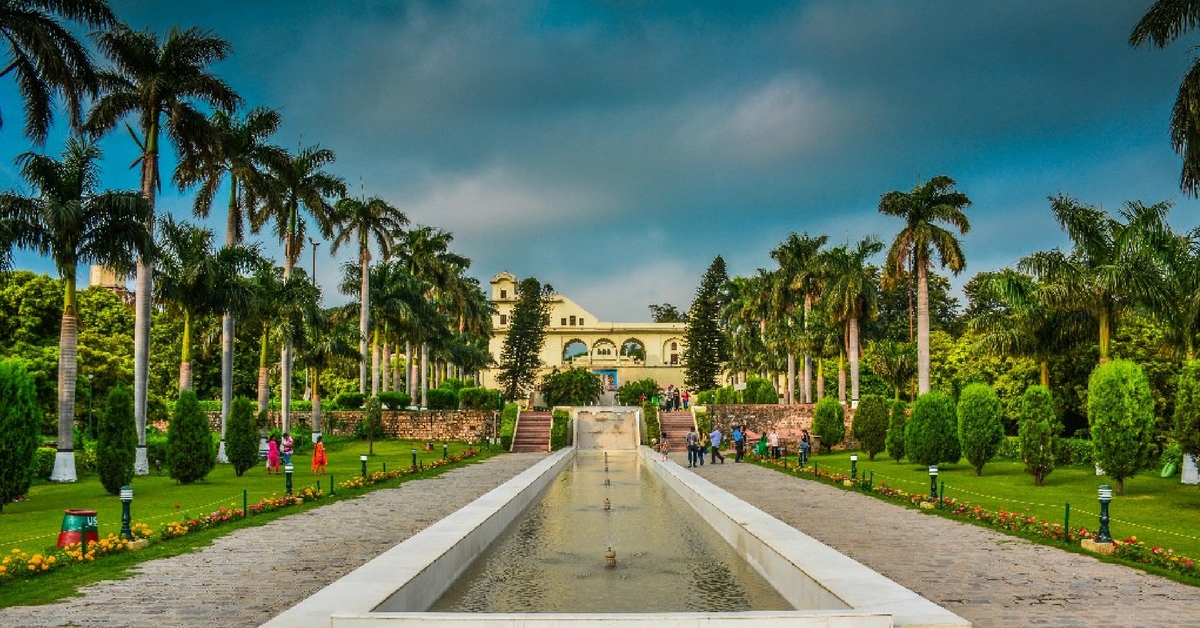 The garden was part of a plot by a local king to keep the Mughal lords out of his lair! The Pinjore Gardens are spectacular. The story behind them is just as interesting!

Tucked away in Panchkula district of Haryana is a Mughal garden that was central to a cunning plot hatched by a local king to keep the Mughal lords out of his lair! The spectacular Pinjore gardens may take your breath away but the story behind their construction is just as interesting!

When finally completed, the Pinjore gardens rivalled the other famous Mughal gardens, strewn across the old royal cities. However, the man who made them didn’t get a chance to enjoy them for too long.

The Pinjore Garden was abandoned just seven years after it was built, for a very unusual reason. According to folklore, the local king, the Raja of Bhawana, dreaded the coming of the Mughal Court to Panchkula and feared that he would lose more land to the Mughals.

Hence he drew up a cunning and ingenious plan to drive the Governor away.

In those days, all along the foothills of the Himalayas, cases of goitre were often reported because of very low levels of iodine in the salt consumed by people. The Raja used this fact to his advantage. He collected all the people suffering from goitre and made them appear to be local inhabitants of the place when the Governor and his family visited.

In fact, people suffering from goitre were even placed as palace staff, gardeners and women carrying fruits and flowers to the zenana (women’s quarters), to rub a point in and it worked!

The women of the harem, already horrified of the disease, were made to believe that the air and water of Pinjore were contaminated and this is why the disease was so common. This eventually created such a widespread panic among the petrified women of the zenana that they refused to stay in Pinjore!

Fadai Khan was forced to move out of Pinjore and rarely came back to visit the lovely gardens that he had so painstakingly planned.

Later in the eighteenth century, as the Mughal power declined, Pinjore and the area around it was caught in the cross-fire between the plundering Gurkhas, who marched in and the local rulers who desperately tried to ward them off. Finally, the local raja(s) had to turn to the Sikhs of Patiala for help.

The Gurkhas were defeated in 1769 and the gardens of Pinjore and the adjoining lands were given to the state of Patiala as payment.

Pinjore and its palaces served as a holiday home (quite literally) for the Maharajas of Patiala, especially Maharaja Bhupinder Singh, who used to host lavish parties there. Later, after India gained independence, his son, Maharaja Yadavindra Singh (current Punjab CM Amarinder Singh’s father) donated Pinjore gardens to the nation.

Today, they are known as Yadavindra gardens and are open to the public. But most people who head there, miss the stories that make these gardens so special!