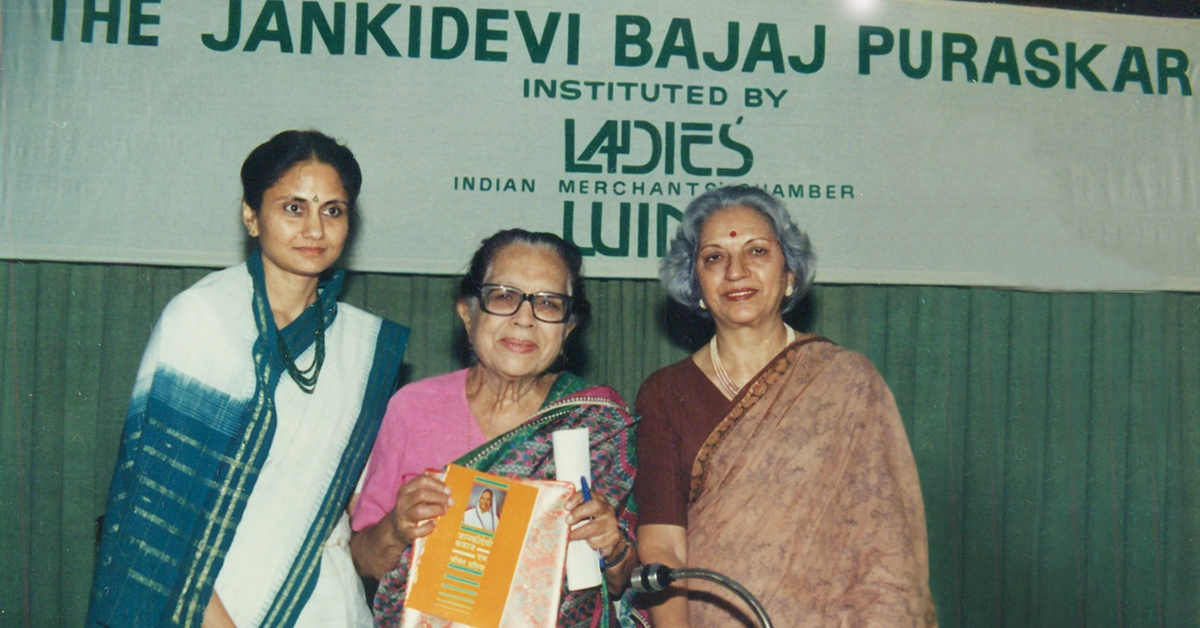 The Ladies’ Wing of the IMC Chamber of Commerce and Industry is a business and professional women’s organisation.

The IMC Ladies’ Wing has announced the opening of nominations for the 25th Smt.Jankidevi Bajaj Puraskar (award) for 2017. This award felicitates Indian women entrepreneurs for their contribution to rural businesses and entrepreneurial development.

In the year 1992-93, the IMC Ladies’ Wing – under the presidency of Kiran Bajaj – dedicated its programs to the theme, ‘Discover the Entrepreneur in You’. The members of the group worked closely with people in rural India to promote, support and honour the substantial work being done in the field of entrepreneurship.

The Ladies’ Wing of the IMC Chamber of Commerce and Industry is a business and professional women’s organisation with over 2200 members that consists of entrepreneurs, managers, professionals and women from leading business houses.

The award was instituted in 1993 in memory of Jankidevi Bajaj, who renounced all her material possessions and helped the downtrodden. A Gandhian at heart, she was committed to selfless service.  Bajaj Electricals Ltd willingly offered to sponsor the award.

Mrs. Indira Mahindra was the former president of IMC Ladies’ Wing and Chairperson of the first awards committee.

Mahatma Gandhi’s personal secretary’s sister, Sushila Nayyar, was called to give away the award to Anusuya Limaye, who worked for to uplift the rural poor in Maharashtra.

Over the last twenty-five years, Dr. Justice C. S. Dharmadhikari, a freedom fighter among other things, has chaired the jury for this award.

At the age of 14, he participated in the Quit India Movement and has been recognised by the Government of Maharashtra as a Freedom Fighter.

He was the acting Chief Justice of the Bombay High Court from 1972 until his retirement in 1989.

After he retired, he was awarded the Padma Bhushan in 2003.

The award has only grown in importance since its inception, becoming a mascot for the Ladies’ Wing of the IMC.

It is focused on discovering and honouring women entrepreneurs who are dedicated to rural upliftment and business entrepreneurship. This initiative encourages more women to launch scalable and venture capital funded businesses.

Eligibility for the award –