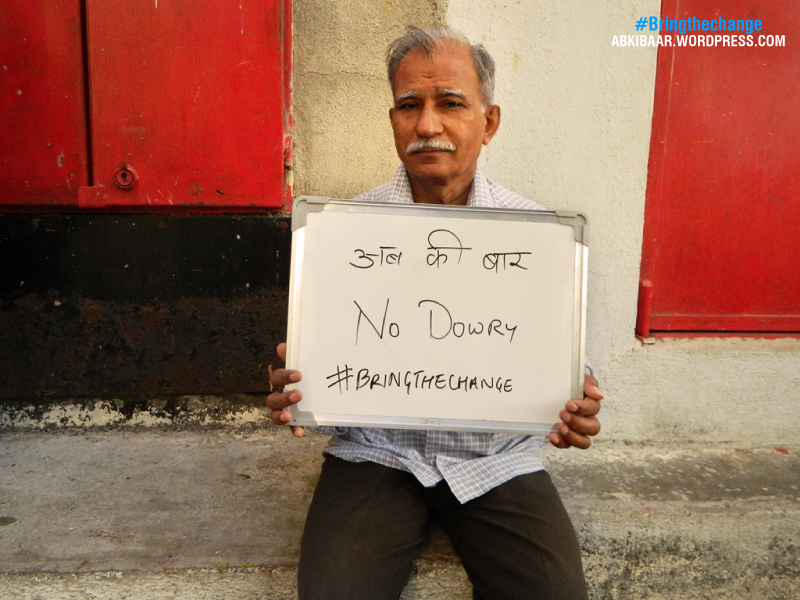 We have been hearing this chant for almost an year now. The election for the world’s biggest democracy kept everyone hooked. From teenagers to senior citizens, everyone had their share of “Ab ki baar, Modi sarkar” slogans.

Vipul Mehra from Mumbai thought of using this opportunity to know what the country wants from the new government. He came up with an interesting idea of taking a whiteboard and marker around Mumbai and asking people “Ab Ki Baar, Kya Chahiye Yaar“. The results he got were very interesting and insightful. We caught up with him to know more about the concept and what made him go about it.

Here are a few of the diverse responses that were captured on his camera, and Vipul’s experiences in shooting these-

Being an art director, Vipul has always had a love for the camera. “I just thought to go out and ask people about what they think of the new government and what do they expect from it. I never thought the concept will become such a big hit,” he says.

Says Vipul,  “People have realized that if they want to see the change, they have to do it themselves and take a stand rather than waiting for someone else to do it.”

Recalling a funny incident, Vipul smiles, “A conductor gave me the funniest reply to my question. He took the word change literally and said he wants people to give the change while traveling.”

On the challenges he faced, Vipul had this to say, “Engaging people was difficult. Many were reluctant to get clicked.”

Vipul elaborates on how he went about it, “I started with my own locality and then later on went to random streets of Mumbai, it is amazing to see the expectations people have from the government.”

From a greener country to a better paying job and “saste pyaaz”,  our citizens wants the change and they are all ready to say it out loud. We hope you are listening, Modi Sarkar! Have a look at Vipul Mehra’s complete blog Ab Ki Baar to see more such interesting responses.