Know Your Rights: What to Do If a Police Official Refuses to File Your FIR. Ensure that you get a receipt of your complaint after it is registered.

It is a common notion that people are often refused an FIR registration. In this article we’ll discuss what your options as an aggrieved person are. The Indian Legal System provides for adequate options that one can exercise in such cases, but it is very common that people don’t have the required information to exercise the same.

You need to ensure that you get a receipt of your complaint after it is registered. Various States as well as the National Human Rights Commission provide the service of e-complaints where these complaints against the defaulter police officials can be filled on the Network Channel.

Can the police refuse to file my complaint?

Yes and no. A police officer can refuse to file your complaint if he believes the case is of petty issue or also if they don’t have the territorial jurisdiction in such cases. Crimes are generally segregated into “cognizable” and “non-cognizable” offences. FIRs are lodged only for cognizable crimes, for non-cognizable crimes a complaint is submitted to the magistrate who in return directs the police for action.

A “cognizable” crime covers for example murder, rape, rioting, dacoity, etc, that is crimes where arrest can be made without warrant & when such crimes are of a serious nature. A “non-cognizable” crime covers for example cheating, fraud, forgery, bigamy, selling underweight or adulterated food or creating a public nuisance, that is crimes where arrest can not be made without warrant & such crimes are not of serious nature. The simplest understanding being that the call for Action is time bound.

Supreme Court of India has held that-

“A vague, indefinite or unauthorised piece of information cannot be regarded as first information merely because it was received first in point of time. Likewise an unclear message over the phone simply stating that a person is lying dead on the road does not amount as First information report”.

One must know all the remedies that one will have if Justice is denied. If the concerned officer in charge refuses to register a first information report about commission of a cognizable offence within his territorial jurisdiction under Sec. 154(3), the informant can approach any senior officer of police or the Superintendent of Police or the Commissioner of the police with a written complaint. If, after analysing the complaint it is satisfied that the complaint discloses a cognizable offence, he may moreover investigate the case himself or give directions to his subordinate to register the FIR and initiate investigation in the matter.

If even after submitting a complaint to Senior Police officials no FIR is lodged then the informant is legally entitled to file a complaint to the Judicial Magistrate/ Metropolitan Magistrate u/s 156(3) read with Section 190 of the criminal procedure thereby requesting the FIR to be registered by the police and commencing investigation into the matter. 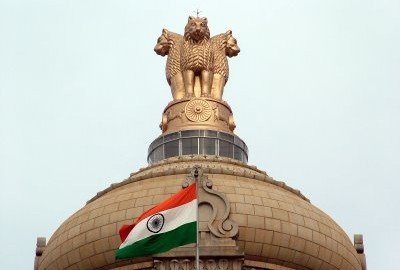 What happens to such Police Officers?

A Writ Petition in the respective High Court may be filed for the issuance of Writ of Mandamus against the defaulting Police officers, inter alia, to Register the FIR and directing him to show cause the reasons for him not lodging a FIR.

In a civil matter, a contempt petition can be filed before the High Court against the officer who refused to lodge an FIR Hon’ble Supreme Court, recently, in Lalita Kumari case, has held that the Police must register FIR where the complaint discloses a cognizable offence.

Refusal to lodge an FIR on jurisdictional ground amounts to 1 year of Imprisonment for the Police officials. A Petition may be registered and submitted to the Chief Justice of the concerned High Court / Chief Justice of India, Supreme Court, asking them to take Su Moto Cognizance of the alleged contempt of the Court. Further, a copy of said letter may be sent to the concerned Police Officer. The status of such letter petition can be inquired through an application under the Right to Information (RTI).

A Writ Petition may be filed in respective High Court for seeking damages/compensation, if the inaction of the Police on the complaint/non-registration of FIR, has resulted in frustration/deprivation of ―life and liberty of any person, guaranteed under Article 21 of Constitution of India.

So next time any police officer refuses to file your FIR on unreasonable grounds feel free to exercise the alternate remedies. And consider getting a FIR lodged as your legal right, especially in cognizable cases.