In cases where tangible physical injury or death has occurred these orders would not be applicable.

On July 27, 2017, the Supreme Court clearly spelt out that an accused in a dowry harassment case cannot be arrested immediately. The top court said that the police would have to conduct a preliminary inquiry before making arrests in such a case. This move plugs one of the most imbalanced and much abused sections of Indian law.

Section 498A, commonly known as Dowry Law, was introduced in the year 1983 with the aim to protect married women from dowry harassment and domestic violence.

This section has been one of the most widely debated sections of the Indian Penal Code triggering discussions around the fairness of the law and the unfair treatment of men by its misuse in some cases. 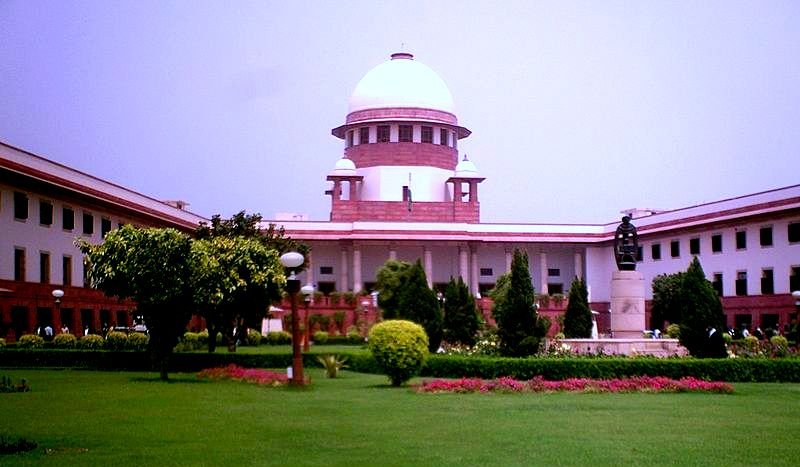 The impact of the misuse of Sec 498A can be seen in this narration by Suresh Jumani (name changed). Two months into marriage, Suresh’s wife wanted to move from Bangalore to Chennai. Since Suresh had an established business in Bangalore, he couldn’t move back. All reasoning and explanation failed, and she threatened to file a harassment case if Suresh did not move back to Chennai. Following through on her threat, four months into their marriage, Suresh’s wife filed a 498A complaint, which resulted in Suresh having to spend a very long weekend in the Bangalore jail.

This is just one of the many fabricated cases that are being filed in courts all over – taking away the spirit of the law. The rationale of such a powerful provision in the law was to help a wife stand up and protect herself against genuine abuse and harassment in the name of dowry. That the law itself is being abused to settle scores for marital discord caused by various other factors is saddening.

Rajesh Vakharia, founder, Save Indian Family Foundation, says, “Many a times lawyers themselves suggest to their clients to invoke 498A to arm-twist and blackmail their husbands. While I am not taking away from the importance of the section, my crusade has always been to ensure that it is used in its true meaning and spirit. Just like there are campaigns that create awareness about the section, the effective usage of the same must be encouraged and made known to all.”

In many previous judgments, the Supreme Court has observed that a serious relook of the provision is warranted by the Legislature, noting that “It is a matter of common knowledge that exaggerated versions of the incidents are reflected in a large number of complaints.” According to the National Crime Records Bureau report titled ‘Crime in India’, the number of cases being filed under Sec 498A of IPC between 2007 and 2013, was on the rise and there was roughly a 10% rise in the number of pending cases each year. The number of cases pending trial was around 2.67 lakh at the beginning of 2007. This number increased to 4.66 lakh at the beginning of 2013, a rise of almost 75% in 7 years.

The interesting data point in this report, however, is the number of convictions that took place between 2007 and 2013. The conviction rate of cases under Sec 498A was 21% in 2007 and dropped to 16% in 2013 while the average conviction rate in other IPC crimes remained more or less at 40% each year. The main issue with Section 498A was the non-bailable and cognizable nature of the offence, which gives the police authority to act in a unilateral manner by arresting the accused and the family, even before an inquiry or investigation is conducted. In many cases, husbands and family members arm themselves with anticipatory bail, even when discussions are ongoing between the husband’s and the wife’s families for reconciliation for any family dispute. This vitiates the entire atmosphere making reconciliation even more challenging.

Many times in the past, the Supreme Court has held that no arrest should be made just because the offence is non-bailable and cognizable and that arresting a person is a serious matter and can not be made in a routine, casual and cavalier manner or on a mere allegation of commission of an offence made against a person. An arrest under any Section should only be made after reasonable satisfaction reached after due investigation as to the genuineness of the allegation as “arrest brings humiliation, curtails freedom and cast scars forever”. However, when it came to Section 498A, the police almost always acted on auto-pilot and arresting the husband and the family became the norm, rather then the exception, regardless of the innocence or guilt of the accused. This clear statement by Supreme Court now provides some comfort to the men against such unilateral action.

You may also like: How Section 498A – The Dowry Law- Protects Domestic Abuse Survivors

The order has also directed that family welfare committees be set up in every district to look into every dowry-related complaint made under Section 498A of the Indian Penal Code. The committee should meet the couple concerned and their families before submitting a report to the magistrate. If the report indicates foul play, the accused can be arrested, said the bench. In cases where tangible physical injury or death has occurred these orders would not be applicable.

This order from the Supreme Court will go a long way in plugging one of the most abused Sections in Indian law. While there can be no taking away from the fact that this section has come to the rescue of many women, this move by the top court will help in bringing about a balanced approach.

The fair-mindedness of the court order is apparent from the fact that this is a provisional ruling. The Supreme Court has sought a report by 31 March 2018 from the National Legal Services Authority about the need for any changes in its directions and listed the matter for hearing in April 2018.