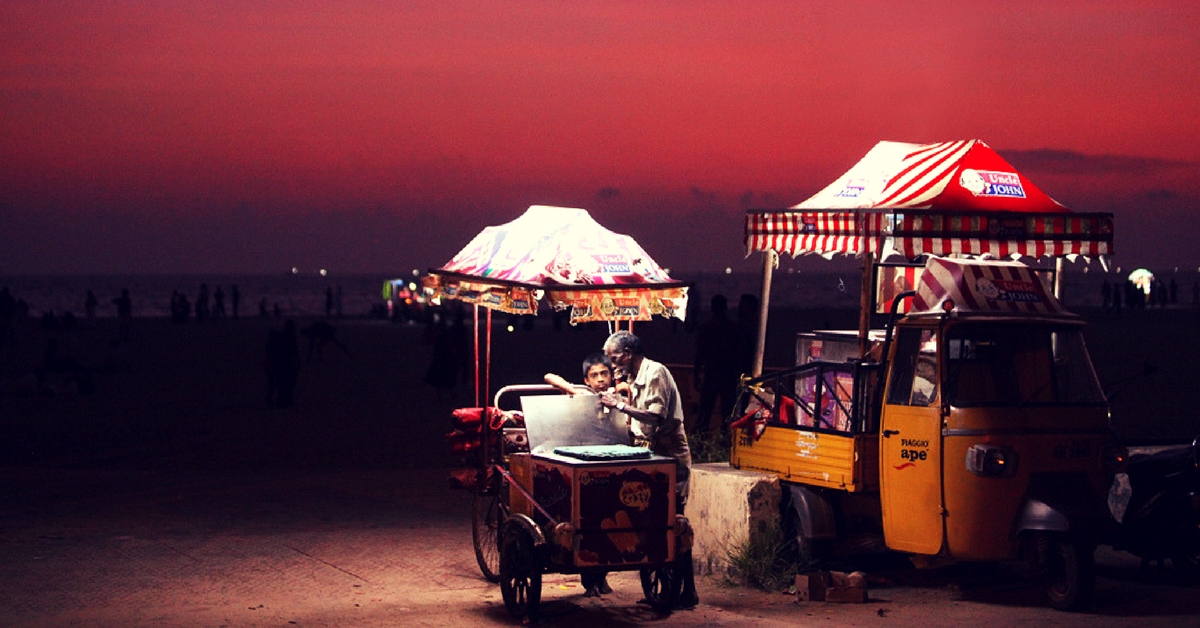 Though Indians do seem to have a palate for experimenting, at the end of the day, they come back to the ice-cream brands they trust, love and have memories associated with.

Earlier this month, we woke up to the news of the desi favourite Amul and the global conglomerate Hindustan Unilever fighting in court over the definition of an ice cream and a frozen dessert. But the real question is, who cares? If you’re getting roasted under the summer sun, it doesn’t matter if it’s made of milk or vegetable oil – you just want your damn ice cream, right?

In one of their ads, Amul tried to draw attention by dissing Kwality Wall’s frozen desserts as not real ice cream, which led to the current lawsuit filed by the latter’s parent company, Hindustan Unilever.

And if reports are to be believed, it seems that this is a battle that is resumed every summer, because India has a huge ice-cream market that everyone wants to capture. No sooner, Nestle’s Movenpick announced its intention to set up shops in India, and the Arizona-based Cold Stone Creamery is all ready to penetrate the Indian market.

According to Mintel’s Icecream Global Annual Review 2017, the ice cream sales in India are growing at the fastest rate in the world.

It isn’t surprising then that everyone wants a share of this pie. The pushing of frozen desserts as ice creams is in accordance with this trend. If dairy fat costs around 300/kg, vegetable fat costs 50-60/kg, thereby reducing the production costs and giving them a competitive edge. As expected, frozen desserts have already captured 40% of the market, even though you might not be aware of that.

Yet, frozen dessert manufacturers still lack something that brands like Amul possess: brand loyalty. Though Indians do seem to have a palate for experimenting, at the end of the day, they come back to the brands they trust, love and have memories associated with.

This aspect of brand loyalty becomes extremely important as some reports indicate that the urban Indian market has almost reached the saturation point. Hence, the real market lies beyond the metros in Tier 2 and Tier 3 cities.

Currently almost 35-40% of the Indian ice-cream market is captured by Amul of the Gujarat Co-operative Milk Marketing Federation. Though Vadilal was the pioneer in Indian ice-cream history by importing ice-cream making machines to Gujarat in as early as 1926, the entry of Amul into ice-cream manufacturing in 1996 was a game-changer. The previous year itself the local Kwality had become Kwality Wall’s after an agreement with the Lever group.

Already the nation’s pride for heralding White Revolution and maybe because of it, Amul went on to capture the ice-cream market too. After all, the company is essentially a farmer’s co-operative that took India from being a milk-deficient nation to the largest supplier of milk in the world. No other brand can boast a story of bringing a nation out of poverty and making it self-sufficient. Even the iconic Amul Girl adds to the prestige of the brand. In fact, it is my personal belief that if there is a figure that can really bring together a divided nation, it is the ever-youthful Amul Girl. Her humour can save any tumour or abnormal growth experienced in India!

So, you need to have a lot of clout if you want a nation to abandon the brand that essentially saved them.

In Mangaluru, Ideal ice-cream has that clout. As mentioned earlier, Mangaluru is one of the Tier-2 cities, essential for a brand to make headway if they want to survive in the market. Even a brand like Amul is practically absent here, because more than 80% of the market share belongs to Ideal. It was established in 1975 by Prabhakar Kamath, who is also the inventor of Gadbad, the legendary ice-cream of Mangaluru, served in a tall glass with an incredible amount of different flavored ice-cream scoops, jellies and dry fruits. You can find Gadbad everywhere in Mangaluru, but you have to go to Ideal or Pabbas (owned by Prabhakar Kamath himself) to savour the dish in its birthplace.

Children have had their first ice creams here – from college results to securing job offers, the Ideal and Pabbas outlets have witnessed every joyous occasion. Hence, the nostalgia and emotional investment in the brand makes its customer to be loyal to the brand, much like Amul.

If Prabhakar Kamat made jaadoo to people’s palates through Gadbad, the other Kamat did it by offering Natural flavoured ice-creams to recreate his mother’s cooking. RS Kamat’s Natural’s ice-creams established in 1984 offers fruit-based ice creams with no additives. There goes the ‘frozen dessert is healthier than ice cream’ (or vice versa) argument. In 2015, its market share stood at 5-10%, offering flavours from coconut to jackfruit, constantly adding new flavours to its repository. Its USP of natural flavours is what makes people flock to Natural’s outlets, even if a Swensen’s is right next to it.

International brands, of course, want to capture the ice-cream market that is not slumping like in the US and UK, but growing with rapid speed. The number of Indians owning fridges is rising and, maybe because of it, so are the temperatures. Hence, the ice-cream boom is not going to slow down. But, if a brand really wants to capture the market, it will have to compete with the legendary indigenous brands and their origin stories, often entangled with the history of the India itself as a proud nation.