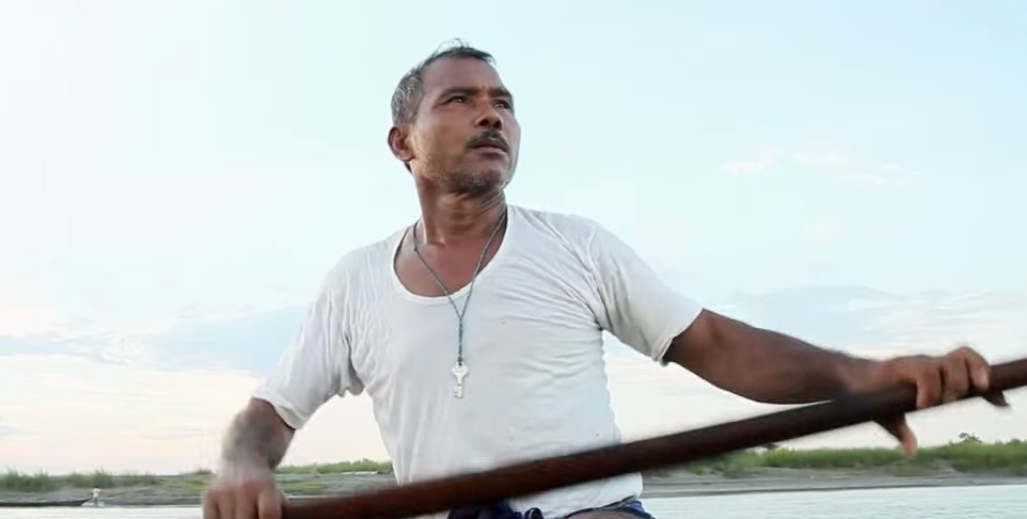 Almost three decades ago, a teenager, after noticing the deaths of a large number of reptiles due to a lack of a tree cover, started planting Bamboo in an area that had been washed away by floods. Today, that same land hosts 1,360 acres of Jungle called Molai Forest, named after Jadav “Molai” Payeng, the man who made this possible single handedly!

That forest is now home to Bengal tigers, Indian rhinoceros, over 100 deer and rabbits besides apes and several varieties of birds, including a large number of vultures. There are several thousand trees. Bamboo covers an area of over 300 hectares. A herd of around 100 elephants regularly visits the forest every year and generally stays for around six months. They have given birth to 10 calves in the forest in recent years. (Source)

“The education system should be like this, every kid should be asked to plant two trees,” Payeng says.

He was 16 when the flood hit Assam, and Payeng observed that the flow of migratory birds was gradually declining to the forest areas and wetlands near his home and snakes were disappearing in large numbers. This disturbed him.

“I asked my elders, what would they do if all of us die one day, like these snakes. They just laughed and smirked but I knew I had to make the planet greener,” he says.

His village elders told him that with decline in forest cover and deforestation, animals lost their homes. The solution was to build new homes or forests for the animals, they said. (Source)

He alerted the forest department but they asked him to plant trees himself (which he actually did). He located a riverine island, on the banks of River Brahmaputra, and began to plant the saplings. Payeng visited the island and planted a few saplings every day for three decades.

Watering the growing area of plants posed a problem. He could not draw water from the river and water all the growing plants, as the area proved to be vast for one man.

He built a bamboo platform on the top of each sapling and placed earthen pots with small holes in them. The water would gradually drip on the plants below and water them through the week until the pots were drained of water. (Source)

Next year, in 1980, he started working with the social forestry division of Golaghat district when they launched a scheme of tree plantation on 200 hectares at Aruna Chapori situated at a distance of 5 km from Kokilamukh in Jorhat district.

Payeng was one of the labourers who worked in that 5-year-long project. He chose to stay back after the completion of the project even after other workers left. He looked after the plants and continued to plant more trees on his own, in an effort to transform the area into a forest.

Payeng belongs to a tribe called “Mishing” in Assam, India. He lives in a small hut in the forest with his wife, and his 3 children. He has cattle and buffalo on his farm and sells the milk for his livelihood, which is his only source of income.

“My friends have become engineers and are living in the city. I have sacrificed everything and this Jungle is my home now. The recognition and awards that I have received is my wealth and that makes me the happiest man in the world,” Payeng says.

Payeng was honoured at a public function arranged by the School of Environmental Sciences, Jawaharlal Nehru University on 22nd April, 2012 for his remarkable achievement.

JNU vice-chancellor Sudhir Kumar Sopory  named Jadav Payeng as “Forest Man of India”. In the month of October 2013, he was honoured at the Indian Institute of Forest Management during their annual event ‘Coalescence’. (Source)

Isn’t it amazing to see the willpower of this man who fought alone and won the battle single-handedly? Where we don’t hesitate to cut trees for our luxuries, he has sacrificed all the worldly pleasures to save the environment and the eco-system. The country needs more such superheroes who are trying to make the Earth a better place to live for one and all.