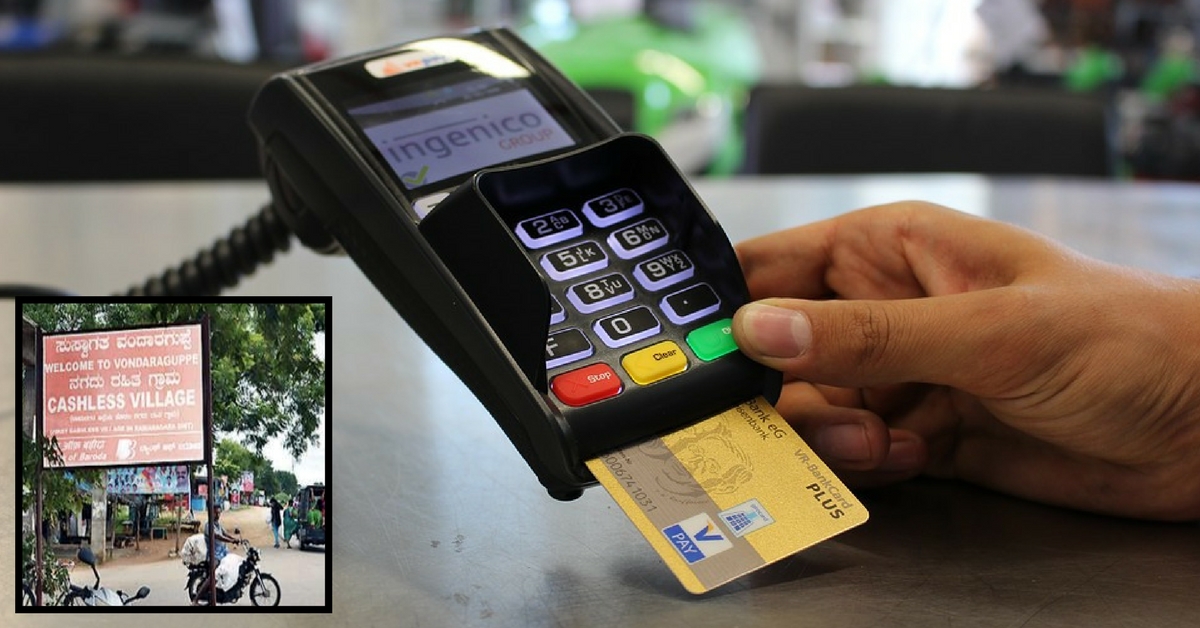 The residents of Vondaraguppe, a village in the Ramanagara district of Karnataka have transitioned to a cashless system, making itself the first such village in the region.

An entire village in Karnataka has gone cashless and is etching an example of keeping up with the digital age.

Vondaraguppe, a village falling short of 60km on the Bengaluru-Mysuru highway, apart from being a sericulture hub, has become the first cashless village in Ramanagara district.

With over 90 per cent of the village’s inhabitants embroiled in the silk rearing business, most had never even considered the possibility of giving up cash-based transactions.

“For many decades, I never visited a bank as my silk business was carried through cash transactions. Today, I have an ATM card and I walk to the bank whenever I need cash. I don’t accept cash when I sell my produce. We transact only through cheques. I know my money is safe in the bank”, said Srinivasaiah, a 74-year-old silk farmer.

He is one among the 350 families in the village who have put cash in their banks that can be withdrawn using ATM cards and carry their business transactions entirely through cheques.

Easier said than done, the transition, of course, didn’t happen overnight. “Going cashless and convincing villagers to open bank accounts was not easy,” Dr BR Mamatha Gowda, who is the deputy commissioner of Ramanagara, told TOI.

“We had to conduct workshops to tell them why it’s necessary for them to transact through banks. We demonstrated how to use RuPay, which is an an Indian domestic card scheme. The women in the village played a huge role in making this happen. They held awareness programmes and brought in confidence among all,” she added.

While RuPay is being used for minor transactions in the village, small-scale traders are putting swiping machines to use for their daily businesses transactions without using cash.

Also, the women in the village have taken the extra initiative of raising awareness and have formed small groups to inform people about the benefits of going cashless.

You may also like: This Tribal Village in Chhattisgarh Has Zero Mobile Network, but You Can Still Go 100% Cashless

“We tell the women that their money is safe in the bank, and that they must keep the bank or the group informed whenever there is some transaction,” said Anusuya D, who leads a small self-help group in the village.

Even on the village administrative level, the transactions are carried out through cheques and cards. “Various government allowances and pensions are transacted only through their bank accounts. All of them have an Aadhaar card too, so there is no scope for cheating,” said Bhagyalakshmamma, a Gram Panchayat member.