Women of a Delhi Slum Filed 200 RTIs, Made the Law Work for Them, & Drastically Improved Their Lives From bringing water supply to their community to saving a girl from being raped - see what these legally empowered women are achieving in Delhi’s Savda Ghevra resettlement colony.

Eight years ago, a resident of Savda Ghevra slum resettlement colony said, “I dream of a time when I can open a tap and take a bath under it.” For the 40,000-odd people of a colony who got just two buckets of water for each family once in two days, this humble need was a distant dream.

The women of the colony had to wait for hours in uncertainty for water tankers, many times not being able to go to work worrying that they might miss the tankers. Resettled 40km from Delhi to make way for the Common Wealth Games 2010, people crowded and waited for the one bus that took them to the city for work. Like this, if they continued to wait for each of these basic facilities to be fulfilled, their time and lives would just pass.

Instead, the women of Savda Ghevra have turned things around – by being aware of their legal rights, by filing RTIs, by asking for what they are legally entitled to. We often forget that we are protected by our Constitution. Our Constitution gives us rights that no one can take away from us. Marg, an NGO that works for legal empowerment of marginalised communities, brought this awareness to the women of Savda Ghevra. Marg organized workshops for the women of the colony to bring awareness about their rights and how they can legally demand them. The workshops came as an eye opener for the women. They did not know that they could demand water, sanitation, transport and all other basic facilities that they lacked. With guidance from Marg, over 100 women got together to form a voluntary group, the Harshingar Active Women Cadre in 2011.

They prioritised their issues and decided that water is the first problem that they want to solve. 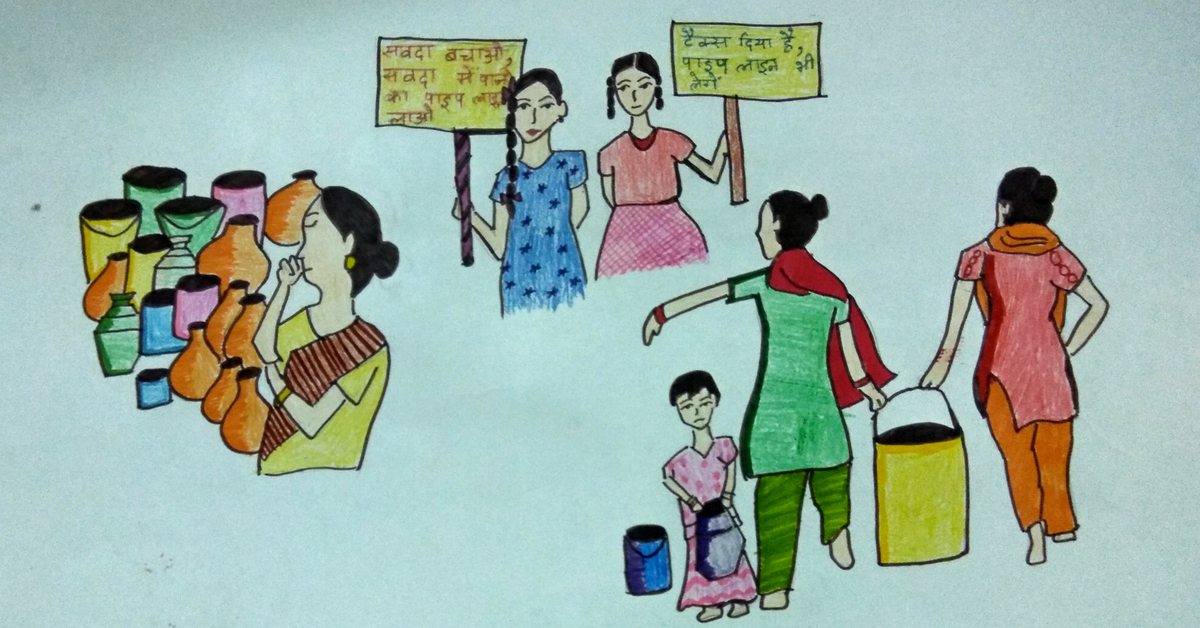 As a first step, the women filed an RTI to find out how many water tankers were allotted to their colony. The RTI response revealed that Savda Ghevra was allotted 88 tankers per day, while in reality, only 22 arrived and that too not daily. With this information at hand, they filed another RTI to find where the missing tankers were going. The authorities now had to act. Each tanker was fitted with a GPS tracker so that they do not go ‘missing’. They women started to follow up every tanker individually. Within six months the entire water tanker supply got streamlined with fixed timings for the tanker arrivals.

“With this success the women were convinced that their rights exist not just in law books, but law is indeed powerful. The women are now not afraid to file a police complaint or file a case in the court. They do not cry victim or blame the government, but take the course of law to claim their rights”, says Noor Alam, Programme Manager at Marg.

You may also like: These Slum Kids Had Never Been to the Movies. So the Movies Came to Them

The women then solved one issue after the other – transportation improved, more buses got allotted to Savda Ghevra, sanitation and cleanliness improved, water pipelines were laid, water ATMs have been installed – all these through legal means. These women have filed more than 200 RTIs till date!

Beyond these visible changes in the living conditions of the people, there is more change that is taking place within every woman who is a part of the Harshingar Active Women Cadre. Urmila, a volunteer at the Harshingar Cadre, says, “Earlier we used to walk with our ghunghat lowered in fear. But now, we even stopped an angry mob from raping a girl. We are able to speak up, convince and stand up for what is right. That is the kind of transformation that we have achieved in our lives.”

Anju Talukdar, Director of Marg, says, “These women are ordinary slum dwellers with little education and who do manual labour. Their lives are not easy and they do not get any monetary reward for their community work, but they come together as active citizens with an aspiration to better their lives.”

Savda Ghevra has many more problems to solve – alcoholism, drug addiction, domestic violence and more. But looking at it positively, we know that the women of Harshingar Cadre are at work.

You can get in touch with Marg – marg@ngo-marg.org