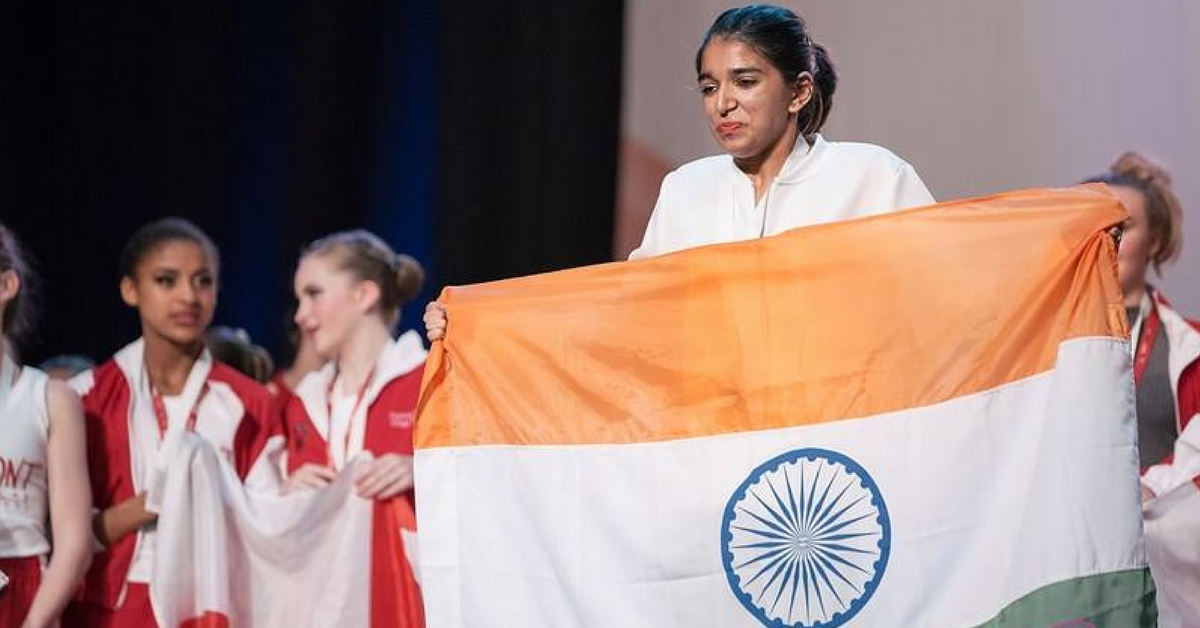 Vinaya Seshan, a Grade 10 student of Inventure Academy in Bengaluru, had competed with over 10,000 participants from 43 countries in finals of an event that one of most coveted all-genre dance competition for children and young adults in the world.

One Indian girl has proved her mettle with her dancing skills by winning three medals at the 2017 Dance World Cup held in Germany.

Vinaya Seshan, a class 10 student of Inventure Academy in Bengaluru, had competed with over 10,000 participants from 43 countries in the finals of an event that one of most coveted all-genre dance competition for children and young adults in the world.

Dancing in her institute’s blue uniform, which she considers her lucky charm, the Bengaluru girl went on to bag a Gold medal in the duet category, as well as Bronze medals in the Hip-hop group and Hip-hop solo categories.

The budding dancer had also won 3 medals at the last year’s edition of the World Cup.

A passionate football player, she has represented the state as a part of the State Women’s Senior Football Team at the Nationals in Phagwara and also captained the U-19 Sports Authority of India (SAI) Bangalore team, which was runners up at the South Zone Oorja U-19 tournament.

Interestingly, Vinaya’s love for both dance and football sprouted wings when she was in class 1, when she did a dance performance on football!

Taking up dance classes soon after, the dancing champ had been a regular at Inventure’s dance teams & musical productions.

You may also like: Why a French Dancer Moved to India and Mastered the Art of Bollywood Jhatkas

Her turning point emerged when she was selected for Berserk, a week-long dance workshop conducted by the Lourd Vijay Dance School. Their squad ended up wining a Bronze in the 2015 World Cup.

The powerhouse of talent also plays the tabla, guitar and piano.

“Being versatile is important; at the same time finding the right balance is difficult, but achievable,” said Vinaya to TOI.