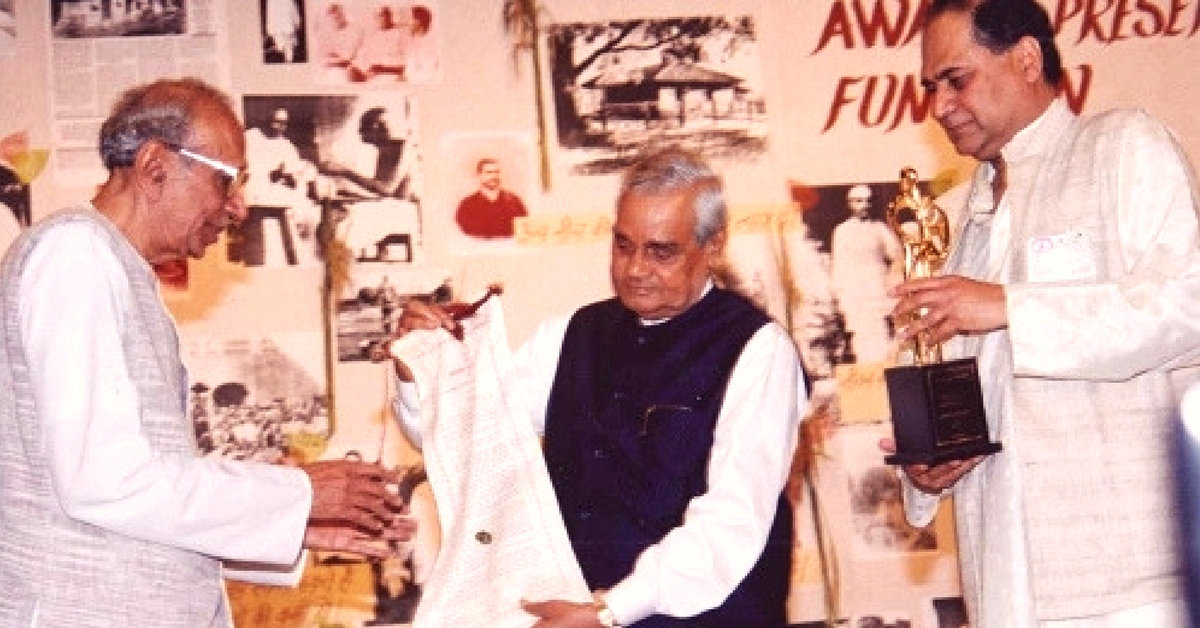 He became a conduit between the Gandhian movement and the policy-makers of the country.

Dr. Devendra Kumar, after graduating in Science and Technology, joined the All India Village Industries Association (AIVIA), Wardha, in 1946, of which Mahatma Gandhi was the President and Prof. J. C. Kumarappa, the Secretary. He was given the responsibility of the village oil section and the AIVIA Laboratory. Between 1946 and 1952 he successfully conducted several experiments in utilisation of groundnut cake for edible use in Rotis (the results were appreciated by Gandhiji) and resulted in several improvements for the village oil industry.

Since May 1952, Dr. Devendra Kumar involved himself in integrated development of the villages, living as one with the landless poor and actively participating in the Bhoodan and Sarvodaya movements through lecture tours and ‘Padyatras’. He also kept in close touch with the various urban sections like educational institutions, labour unions, voluntary agencies, political parties, religious bodies, journalists, teachers and other moulders of public opinion.

In 1965, he took up the National Secretaryship of the Central Gandhi Smarak Nidhi and organised the National Committee for Gandhi Centenary. For more than a decade, under the guidance of Jayaprakash Narayan, Shri Morarjibhai Desai, Smt. Indira Gandhi, Dr. Zakir Hussain and Vinobaji, he worked for the co-ordination of various Gandhian Constructive Programmes.

He became a conduit between the Gandhian movement and the policy-makers of the country.

In 1976, after renouncing all organisational responsibilities with which he was connected, he established the Centre of Science for Villages (CSV) and has won great fame by pioneering the movement for Transfer of Technology. to Village Industry successfully or, to put it in more striking form, to carry the scientific movement and temperament to the villages. He was able to induce changes in the national policies of village industries by closely associating with IITs, Department of Science and Technology, Council for Scientific and Industrial Research and with technological missionaries like E.F. Schumacher and Ivan Illich.

The Centre for Science for Villages has now become the most prominent NGO for developing rural technologies. It has a team of 100 young scientists, architects, engineers, biochemists, physicists, material scientists, artisans, and field workers engaged in taking the benefit of science and technology. Various technologies in the field of rural housing and sanitation, rural energy and fuel, rural industries and crafts, rural tools and equipments, ecological land management and technologies for women have been developed. Among the technologies developed, the most prominent are the following:

Between 1986 and 1989, Dr. Devendra Kumar was the Vice-Chancellor of the Rural Institute of Gandhi Gram where he was conferred with an Honorary Doctorate.

Dr. Devendra Kumar is a thinker and prolific writer and has been editing the journal “Science for Villages” for more than two decades.

He has to his credit the following publications:

In the year 1998, Dr. Devendra Kumar was conferred with Jamnalal Bajaj Award for Application of Science and Technology for Rural Development.