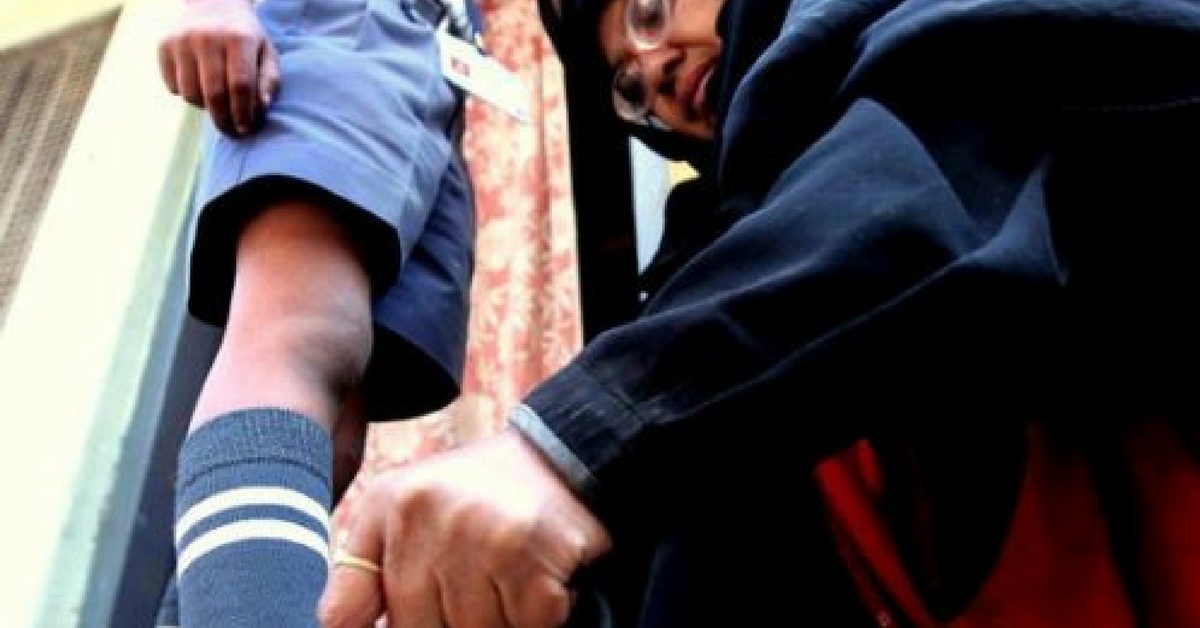 No, your parents do not wait to hear you say “I love you”. The right words are “How are you?”

Sadly, what adult children tend to do when they get home is to just brush past their waiting parents, ignore the inquiring look in their eyes and head straight to their room. The parents wait patiently but the children carry on with their activities, emerging just to eat their meals and return to their room, without a verbal acknowledgement of the parent’s presence in the house. Parents are deeply hurt and feel ‘neglected’ with such behavior. In fact, in a recent survey by HelpAge India, an elder-welfare organization, as many as 29% of those interviewed complained that their adult sons and daughters-in-law did ‘neglect’ them. Further still, 33% of them felt that they suffered ‘disrespect’ at their hands. Imagine the very parents who toiled through their lives to give their children the education and up bringing that established them in life now have to suffer such behaviour. This is not all. A shockingly high 50% of the interviewed elders reported that they were ‘abused’ by their sons, daughters or daughters-in-law. The abuse ranged from verbal abuse to physical manhandling! What a shameful situation in a country that has traditionally revered parents and elders.

This survey had covered metro cities as well as smaller towns and the results invariably revealed that the prevalence of ‘elder abuse’ was widespread.

Parents were specific as to who abused them: Daughters-in-law (61%) and Sons (59%) emerged as the topmost perpetrators. Could this be happening at your very own home with your own parents? Please give this some thought; sometimes people are not even aware of the result of their actions. You may not realize that raised voices or angry words can result in parents suffering from mental distress and result in their feeling humiliated. However if you have ever raised your hands on your parents and have maltreated them by denying them adequate food and proper care or attempted to dispossess them of their property or money, you could be committing a serious crime under the Maintenance and Welfare of Parents and Senior Citizens Act 2007. Anyone guilty of such a crime can be tried and punished with a jail sentence under Law.

You might also enjoy reading: Elderly Women in A Bengaluru Slum Are Swapping Loneliness With Companions and Colourful Rugs

What could be the reasons behind such reprehensible behavior of children? The surveyed parents felt that their pitiable condition was because of their ‘emotional dependence on the abuser’ (46%), ‘economic dependence on the abuser’ (45%) and ‘changing ethos’ (38%). This truly is regrettable. Here are parents who spent their lives earning so that their children could grow up well educated, healthy and happy and here are the same children abusing their parents just because they had now turned ‘dependent’.

Even after suffering such ill treatment, the parents rarely complain about their children to their relatives, friends or the Police. “Maintaining confidentiality of the family matter” is cited to be the major reason behind not reporting abuse (59%).

How long can this shameful state of affairs be permitted to carry on? Young adults must spearhead a movement to stop elder abuse; after all it is at the hands of their peers that the elders continue to suffer in silence. This unspoken and largely hidden cruelty to elders must come out in the open so that the youth of our society can stand united against this anomaly in our once proud tradition of care and respect for elders.

We all have elders in our lives, whether it be our favourite Aunty or Uncle, our own parents/ Grandparents,  or the friendly aged chaat-wala or ice-cream selling uncle who has always given that little extra scoop since we were kids. Our childhood memories are inseparable from them. They were there when you needed them, now it’s your turn. So if you notice an older person being abused, don’t be a bystander! Act Now! Call for help! Download the HelpAge SOS app from the Google App store or from HelpAge India website (www.helpageindia.org), help for elders in distress is a click away.

Stop the Abuse Now and bring a smile back on an ageing face.