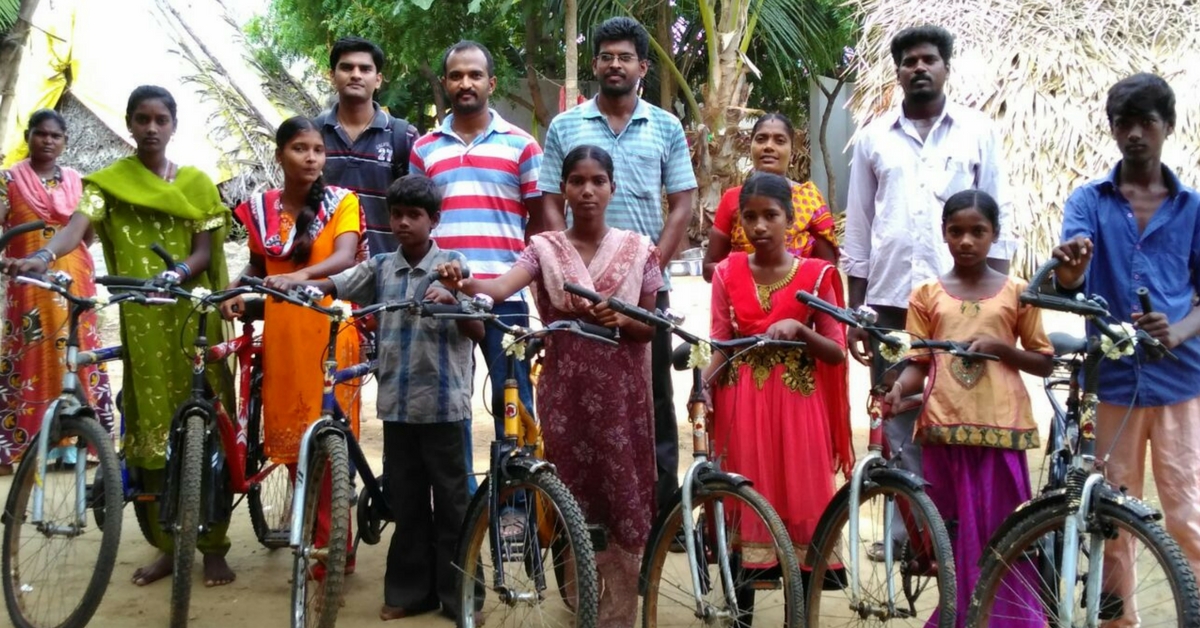 IIT for Villages or IViL is one amongst the numerous student organisations in the green, widespread campus of the Indian Institute of Technology-Madras.

Who said students can’t bring about a change?

A student-run organisation based in Chennai has been engaging itself in rural welfare and empowerment projects for more than a decade and you probably haven’t heard of it.

IIT for Villages or IViL is one amongst the numerous student organisations in the green, widespread campus of the Indian Institute of Technology-Madras.

Functioning as an action platform and a discussion forum, the student body was constituted in 2005, following a visit to a village near Chennai by a bunch of B. Tech students on an assignment.

While the assignment dealt with studying various avenues for interaction between rural side of the country and educational institutes, the students realised that a gap existed that could be bridged with collective involvement on their part.

Since then, IViL has been working on various projects including a used footwear collection drive, conducting science fests for rural children in nearby villages, empowering self help groups, to name a few.

“Approved by the campus Student Legislative Council (SLC) and guided by faculty advisors and Dean (Students), the organisation has a flexible, non-hierarchical and non-incentive system. Hence every member at IViL is called a volunteer and has equal right and opportunity to present their ideas and updates”, says Shashank Gupta, an M.Sc Scholar and a volunteer at IViL.

IViL has also closely worked with few NGOs and CSR arms of companies like TVS Motors and Murugappa Group. “This helps us in understanding ground realities, collecting problems, discussing and implementing our solutions”, he mentions.

Like a college that sends off a batch each year and welcomes a fresh one, IViL has always found volunteers from different departments and batches, year after year.

“Surprisingly, IViL has consistently attracted highly responsible individuals which makes it very interesting as a model. This goes to show that when you give people a lot of flexibility, the result is not that it breaks down because nobody cares enough. In fact, the reverse happens”, says Shilpa Menon, who is one of the longest serving volunteers of IViL.

Over the years, IViL has reached out to many villages across Tamil Nadu and Andhra Pradesh and has managed to engage the people from the villages in various campus-based events.

You may also like: How an IIT Alumnus & a School Dropout Are Skilling Underprivileged Students to Get IT Jobs in a Year

“Every year during Saarang and Shastra, which are the annual cultural fests in IIT-M, IViL puts up food stalls where village women cook and volunteers serve and manage the stalls. The entire profit earned is given to the ladies. This project is aimed at giving the women confidence in income generation and self-employment”, Shashank says.

Meena C, who joined IViL during these food stalls says, “Nothing needs to be spectacular. A few simple steps can bring change in you and society both”.

Some of the past projects include an eye care camp in collaboration with Shankar Nethralaya and setting up of libraries in different villages in Tamil Nadu.

Currently, the students are actively involved in various projects ranging from bicycle donation to online teaching projects for underprivileged children.

They have also conducted online counselling sessions between farmers & experts on paddy processing and dairy husbandry with the help of scientists from Indian Institute of Crop Processing and Technology (IICPT) and Tamil Nadu Veterinary and Animal Sciences University (TANUVAS).

Another awesome teaching project that the volunteers are part of includes the children of the campus mess workers.

The learning experience that a student experiences isn’t just restricted to social welfare.

You may also like: How a Bunch of Students Are Convincing Villages Around Noida to Use Water Filters

“Apart from trying to make rural India better, IViL offers a unique platform to its volunteer to be a prospective social entrepreneur. It’s not only about the helping the needy, but also about learning many new things with unique experiences”, Shashank adds.