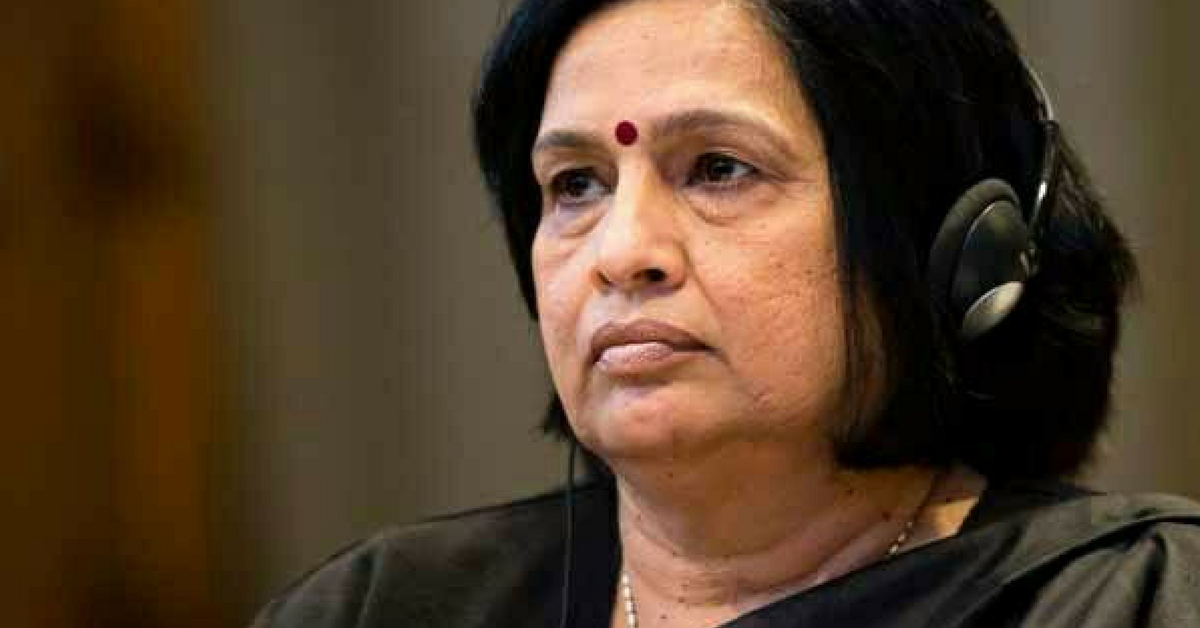 She is the second Indian woman to occupy a top position at the United Nations after Lakshmi Pandit.

International Law expert Neeru Chadha has been elected as a judge to the International Tribunal for the Law of the Seas (ITLOS) on Thursday for a nine-year term from 2017 to 2026. This election marks her victory as the first Indian woman to win a pivotal election to a top UN judicial body that handles disputes related to the law of the seas.

Headquartered at Hamburg, Germany, the ITLOS comprises of 21 independent members, elected based on their reputation for fairness and integrity and recognised competence in the field of the law of the seas.

Chadha is only the second woman to be elected judge of ITLOS in its two decades of existence although there have been a total of 40 judges, according to the Permanent Mission of India to the UN.

“It reflects both an appreciation of India’s global standing in matters of international law and a recognition for Chadha’s expertise as a lawyer and negotiator on contemporary issues related to the law of the seas,” India’s Permanent Representative to the UN, Ambassador Syed Akbaruddin told PTI.

You may also like: How a Young Woman Quit a Dysfunctional Marriage and Carved out Her Own Identity in UP’s Hinterland

Neeru Chadha was also the first woman to be appointed by the Ministry of External Affairs as its chief advisor and served as a member of the ministry’s Legal and Treaties Division. She has also represented the Indian government in multilateral meetings and conferences in United Nations, AALCO (Asian African Legal Consultative Organisation), UNIDROIT (International Institute for the Unification of Private Law), UNCITRAL (UN Commission on International Trade Law).

Read more: Pune Scientist Is Among 41 Researchers Across the World to Receive the Rs. 4,17 Crore Howard Grant

She was the Indian government’s lead counsel after Italy filed a case at the International Tribunal for the Law of the Sea with regards to the conflict involving two Italian marines accused of shooting two Indian fishermen off the coast of Kerala in 2012.

She also served as an agent before the International Court of Justice (ICJ) for the case on the Obligations concerning negotiations relating to cessation of the nuclear arms race and nuclear disarmament with Marshall Islands.