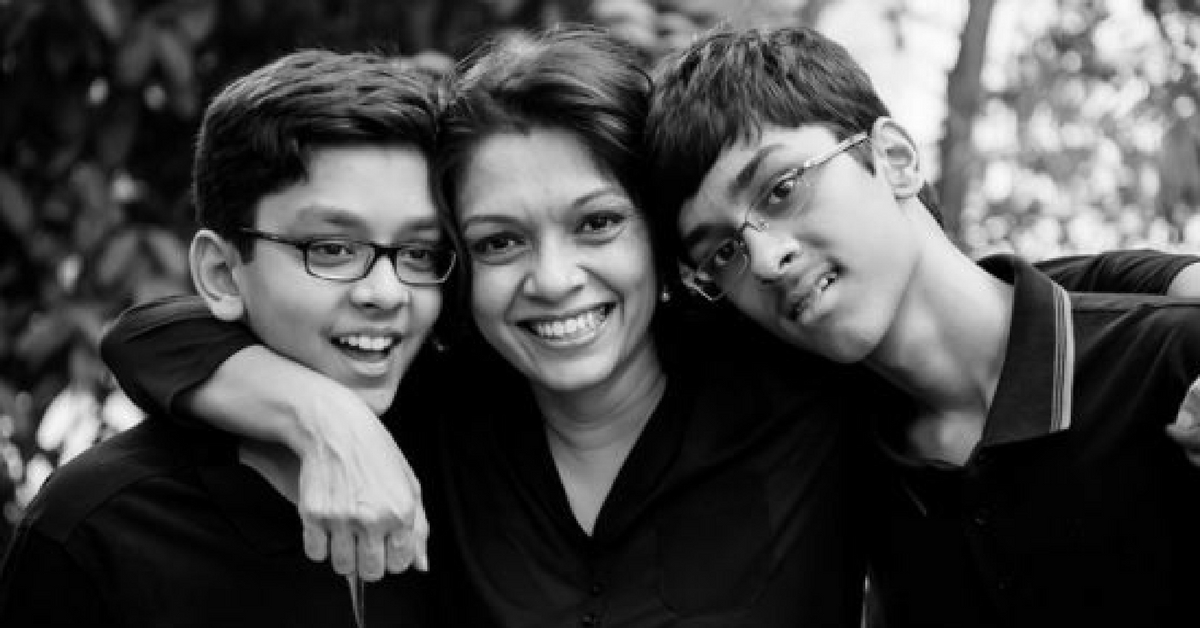 During your darkest days, don’t give up. When your faith is shaken, stand up once again. Believe in your child’s competence.

Aahan Patel has scored 78% in the recent standard X CBSE examination. This is how he scored in all subjects:

These are good scores, in themselves. What makes them better is this:

Out of the 17 lakh children appearing for the 10th grade CBSE examination, only 20 children were on the Autism Spectrum. Aahan was one of them.

You might also enjoy reading: How I Spell out A.U.T.I.S.M., Based on My Experiences Raising a Child with Autism

His parents and entire family were understandably ecstatic. His achievements also got covered in India Express Pune.

6 years ago, Aahan lived a different life. Sweta, his mother relates an incident.

Aahan went down as usual to get into the school bus. After 3 hours, Sweta chanced to look out of her balcony. There he was. Aahan still waiting for the bus. He didn’t realise anything was amiss.

Sweta knew she had to take massive action. Hence, both parents signed up for our Family Consultation Program.

When he started off, Aahan would hold repetitive and monotonous conversations. It felt like we had the same conversation every time. His tone had no inflection or prosody. He couldn’t keep a ball in play or sustain any activity for a length of time. He would zone out and become inattentive.

When I called to congratulate him on his score on his Std. X exams, his excitement was palpable. He talked about his plans to celebrate with friends. He enquired about both my children. The improvement in him is simply too enormous to measure.

What created this massive change? Many actions did, but we can sum them up in 4 key points:

Both parents, especially Sweta, worked hard to help Aahan achieve this scale of success and stayed involved in his treatment. They identified what was important, focused on a few key techniques and stuck with them until they got the desired results.

The parents didn’t just focus on his studies, they focused on his education. They built an emotional connect with Aahan.

When we started the program, Gurudas (Aahan’s father) admitted that he did not have a reciprocal, understanding relationship with Aahan. Within a few months, he took up his guiding role as a hands-on-dad. Today they share the most beautiful father-son relationship.

Of course, Sweta’s effort cannot be summarised in a few words.

Aahan’s parents focused on both aspects individually. As a result, he developed resilience, motivation and awareness. He wanted to succeed. He took the responsibility to make success a reality for himself.

The parents also addressed the co-occurring conditions of language and comprehension. They worked extremely hard with Aahan at school.

You might also enjoy reading: Five Lessons You Can Share with Your Child to Teach Them About Autism and Other Special Needs

Aahan’s parents and younger brother didn’t give up, nor did they let him.

We hit roadblocks along the way. But our meetings continued, despite being in different cities. They uploaded videos of their work with Aahan every week without fail. It is not easy to sustain this kind of hard work and dedication over years.

When Aahan was diagnosed with autism, the pediatrician stated that Aahan would need support throughout his life. Sweta had stormed out of his clinic saying, “Don’t tell me what my child will or will not do.” She proved the doctor wrong. And how!

This post is not just to highlight Aahan’s achievements. It’s to offer you hope if you have a child on the autism spectrum.

Your child is far more intelligent than he gets credit for. You see shades of it in him, but don’t know how to bring it out. Given the right set of tools, your child can achieve great heights and make you proud.

During your darkest days, don’t give up. When your faith is shaken, stand up once again. Believe in your child’s competence. Just like Aahan, your child will manifest his own potential too.

This article has been written with permission from Aahan and his mother.