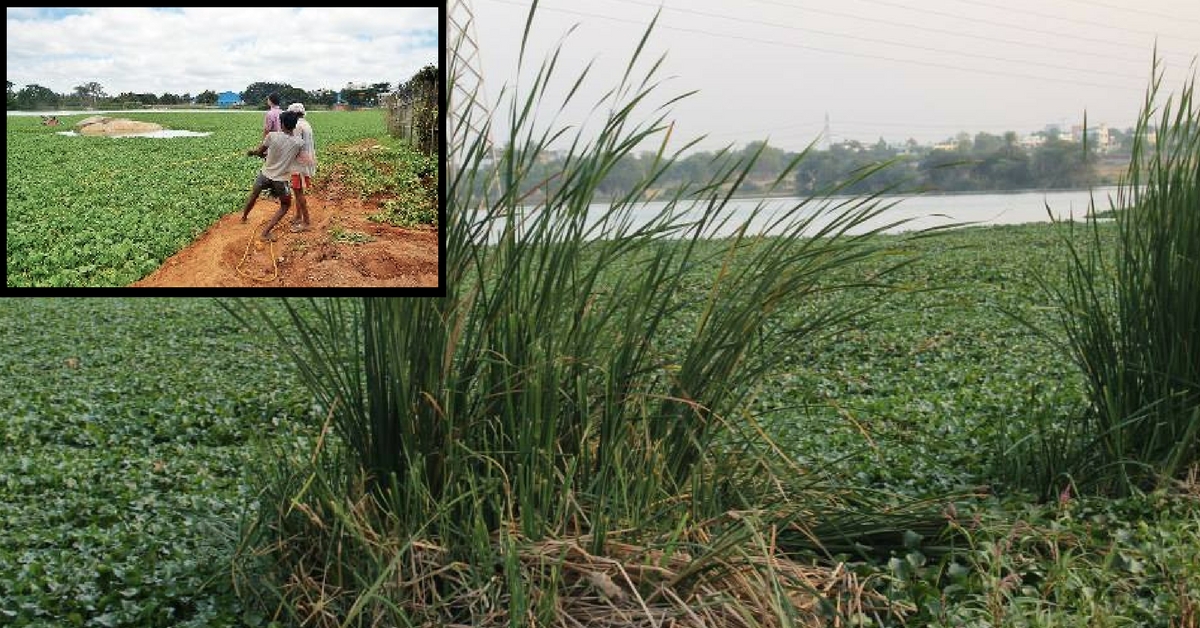 Known for being one of the most popular pit stops for large groups of migratory birds, the Avalahalli Lake had been verging on decline.

The Avalahalli lake in Bengaluru will finally heave a sigh of relief after having gotten rid of the excessive weed and water hyacinth growth that restricted any possibility for aquatic life to thrive.

An initiative by a few residents of JP Nagar, in collaboration with the lake development authority in the city, a simple mechanism has been put to use for cleaning the lake surfaces that were infested with weed and parasitic vegetation coupled with trash.

Using trash boom, a device to remove unwanted vegetation growing on the lake’s surface, the volunteers wanted to revive the underwater ecosystem back to life.

Known for being one of the most popular pit stops for large groups of migratory birds in the south Bengaluru zone, the Avalahalli Lake had been on the verge of decline aggravated by the continuous ecological damage caused by growth and intensification of algae and water hyacinths.

“With lake rejuvenation being the need of the hour in Bengaluru, and across the country, cleaning lake surfaces is the first step in that direction. The aquatic weed and water hyacinth had covered 3/4th of the lake surface. This had caused oxygen depletion and made it difficult for marine life like fishes to breathe”, Krishna Prasad HS, a volunteer, told Bangalore Mirror.

He also mentioned that generally weed cleaning was done using bamboo sticks where lake cleaners would hold bamboo sticks and enter the lake; the practice however, caused serious skin infections and made it a difficult task. “Also, using hired hi-tech machines proved an expensive affair for the lake-cleaning authorities. “,” Krishna added.

Anand, a member of the Avalahalli Lake development authority, explained how the modus operandi of trash booms worked. “Floating barriers that help cordon off large amounts of weed that is too heavy to be lifted by humans, these require minimal labour and work in conjunction with one earth moving machine”, he said.

If this is the first time you are hearing about the trash booms, you might be in for a surprise.

According to Saloni Dani, who is working with the lake authorities, the trash booms are designed and manufactured in India on a large scale. “ These have been used during the Ganga river revival and also in many parts of Kolkata. In Bengaluru, we have taken up three lakes and so far the results are impressive”, she said.

Customised for each lake depending upon the type of weed growth and the amount of garbage in it, these trash booms, according to Saloni, have been put to task on three lakes in the city so far, resulting in remarkable results.”This is a cost-effective method which lake cleaning authorities can take up to solve the weeding problem in the Bengaluru’s lakes”, she added.

You may also like: How a Documentary Filmmaker Revived a Dead Lake in Bengaluru

Starting the exercise last month, around 4,000 tons of weeds have been collected. “This month alone, we have around four tons of weeds that we have removed from the lake. These weeds grow very quickly and the process needs to be repeated once a month”, Anand said.

With a rising surge in decline of lakes in Bengaluru, something it was infamous for, such a step by the residents in JP Nagar is commendable, having also taken the pain of demonstrating trash boom’s effectiveness and ease of use to BBMP officials.

Maybe it won’t be too late, after all, to save the lakes of Bengaluru, touted to be the city’s lifeline, if everyone comes together to put up a combined effort.