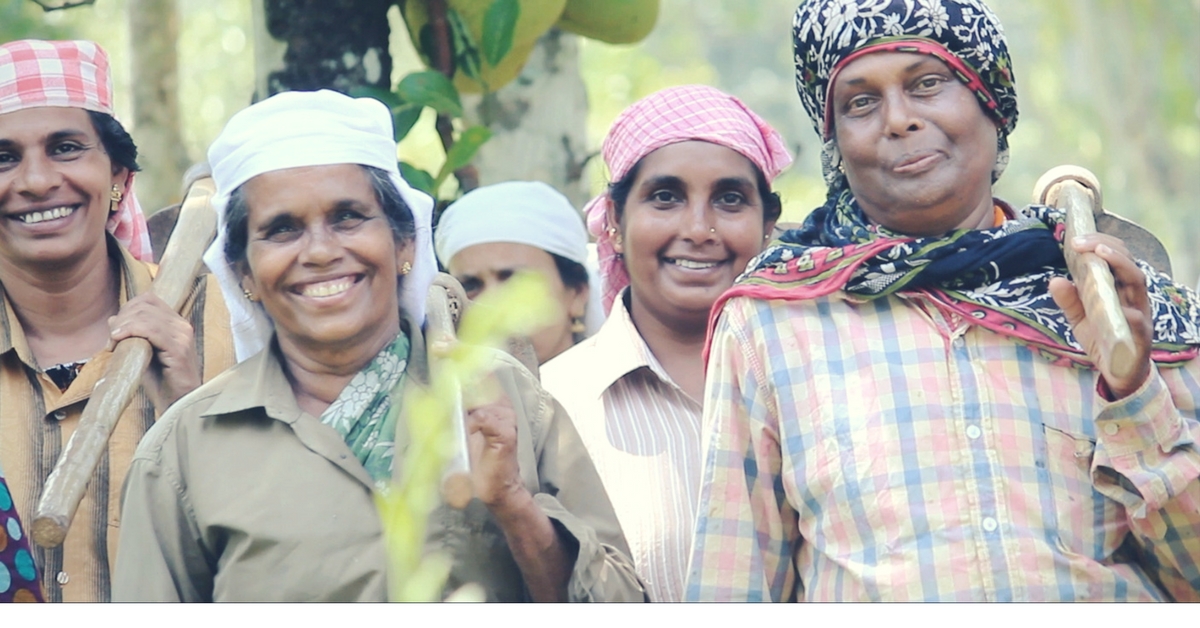 Meenangadi, a tiny village in Kerala, is the first to go completely carbon neutral!

As many nations contemplate whether to ratify the Paris agreement, while global powers appear reluctant to devise solutions to combat drastic climate change, while countries, governments, NGOs, interest groups and individuals become increasingly involved in addressing this global challenge and as Earth became witness to its hottest months ever recorded in 2016, a small village named Meenangadi in Wayanad District in Kerela quietly became the 1st carbon neutral village in India.

What is carbon neutral?

Meenangadi Panchayat, which resides in a unique ecosystem in the Western Ghats towards northern Kerala, initiated an ambitious project to become carbon neutral by 2020. The project was initiated on June 5, 2016, as part of World Environment Day and in the past one year with a committed, innovative and strategic method, the panchayat and all its inhabitants have been able to achieve considerable progress towards one of the most enduring missions in the country.

At the start of the carbon neutral project, representatives of the Kannur zoology department reached the panchayat and conducted an assessment on the carbon levels in the soil, plants etc.

This was followed by a 20-day survey by representatives of Kerala Agricultural University to identify panchayat wards on the basis of carbon levels to further strategize and streamline project initiatives and activities.

One of the initial programs of the carbon neutral project was the starting of ‘Attakolli’ Jaiva park (organic farming land). Around Rs 47 lakh was spent on organic farming initiatives attempting to reverse the existing trends of using harmful pesticides and imports of vegetables and fruits. Organic farming was promoted not only to cultivate clean food but to also make the region self sufficient in food produce.

As part of redeveloping forest land and thereby considerably decreasing the carbon levels, the panchayat in collaboration with the village temple (Devasom board) along with  the support of MNREGA team and Social Forestry department initiated the ‘Punyavanam’ project (holy forest). Under this, around 38 acres of land adjoining the temple were demarcated and saplings of various trees were planted. Today, these 38 acres of forest are the epitome of committed effort by the Meenangadi people towards the carbon neutral project.

The panchayat, in the past one year, was able to distribute 3 lakh saplings through various nurseries with the help of MNREGA workers. These saplings were distributed among individual households and it was interesting to learn that MNREGA workers would visit each household and help farmer’s plant these saplings and educate them on the upkeep of the same.

In the recent state budget, Rs. 10 crore was allocated and will be distributed through the Meenangadi Cooperative Service Bank to individual farmers and households as regular incentives for protection of saplings and trees.

Waste management is another area of concern and with funds allocated by the World Bank, the Panchayat has replicated various scientific methods of waste management that are already practiced in cities like Trivandrum. Also, individual households are engaged to use pot compost and other natural waste management methods.

Water is another important component of the project. Around 456 individual ponds have been dug in different parts of the panchayat to store water. These in turn are helping increase the ground water table and help provide regular water supply to the wells of the regions.  Out of the 456 ponds, fish cultivation is done in 423 ponds.

Around Rs. 80 lakh was spent to set up an electric crematorium in the area. This has drastically brought down the use of wood for cremations. Plastic bags in the panchayat markets will be replaced with handloom bags. Free distribution of bicycles to school students and encouraging people to use non-polluting vehicles are part of the project.

You may also like: These 11 Women Do Their Bit For The Environment by Turning Juice Tetra Packs Into Amazing Products.

For the past year, the Meenangadi people have been relentlessly innovating, initialing and implementing various successful projects to accomplish the dream project. However, in this constant effort to create a unique successful ‘Meenangadi Model’, challenges at crucial junctures have had its share.

One of the most important challenges is to effectively communicate this scientific process to each and every citizen of the region and to confirm their participation and support. Many feel that the region is rich in natural cover and carbon levels would be negligible.

However, it took numerous sessions, seminars and meetings by the panchayat representatives to convince the people about the real picture and the exact nature and scope of the carbon neutral project.

Moving forward, the panchayat is planning various seminars and gram sabha meetings to further educate the people on the project and its various components.

The path-breaking efforts of the panchayat have already received lot of global attention and recognition. The Meenangadi Panchayat was among the top five panchayats in the Green Kerala express reality show.

It has also received the National Award for ‘Best Panchayat’ for MNREGA implementation for the past three years.

With global power USA withdrawing from the much talked about ‘Paris agreement on climate change’, a global effort to address climate change is in jeopardy. However, committed and revolutionary efforts of Meenangadi, which will become the first Carbon Neutral Panchayat in India by 2020, are worth emulating to tackle this global concern.