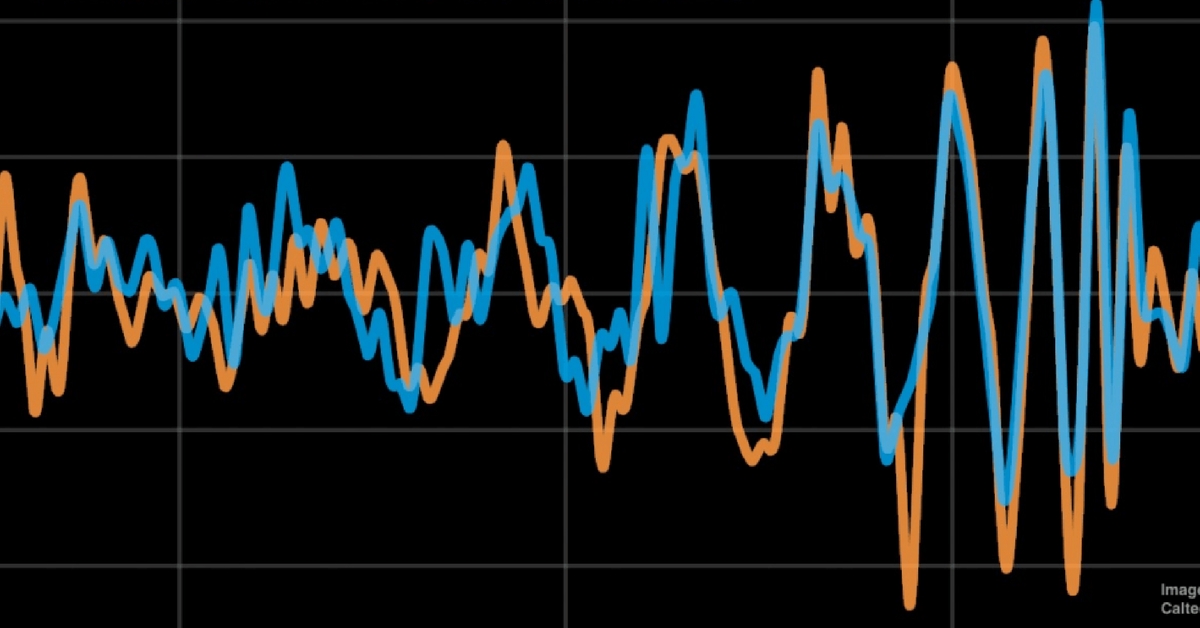 Dr. Karan Jani is one of the authors of the paper that shook the international scientific community in 2016 by confirming gravitational waves. He talks about his love for science, his journey as a researcher, and the story behind the famous paper.

Featuring in Forbes Magazine’s ‘30 under 30 in Science’, this young man from Vadodara has been making ripples in the international scientific community. His name is Karan Jani, and he just finished his doctoral research at Georgia Tech.

Karan is an alumnus of Shreyas Vidyalaya in Vadodara, Gujarat. He then completed his Bachelor and Master degrees in Astronomy, Astrophysics, & Physics from Pennsylvania State University before joining Georgia Tech for his PhD. He is one of the co-authors of the gravitational wave discovery paper that shook physics in 2016, his work primarily being in the area of numerical relativity, i.e., solving Einstein’s equations of gravity on powerful supercomputers to obtain gravitational wave solutions.

We spoke to him about his childhood dream and about his visions for the future of Indian science.

“For most of my time growing up, I was never much into science, mainly because I didn’t realize the nuance of the term ‘science’. For us folks from small-town India, science is just a subject in the primary/secondary schools that we need to ace to gain respect from our immediate society – parents, teachers, classmates, and neighbours. Given the sad tradition that we follow, early ‘science’ education only implied memorizing definitions, facts, and pages of notes, without any opportunity to cast counterarguments.”

Jani recalls that the first time he ‘did science’ was at the age of 16, when he was asked to comprehend infinity while studying a chapter on the Universe. He speaks of his teacher, “I distinctly remember him saying that one cannot understand our universe if one cannot appreciate the concept of infinity. That night, for hours I must have looked at the stars, and kept forming my naive model of an ‘infinite universe’.”

His curiosity about the universe led him to astrologers, spiritual gurus, and pseudoscience practitioners, “all of whom had wildly different perceptions of reality and ‘our universe’”.

“After graduating high school, I suffered quite an existential crisis, and ended up choosing physics because it seemed the only logical way to understand ‘our universe’. But the paradox of the era that we grew up in was that training in basic science was looked down upon, compared to engineering and medicine. If I would have continued in the college in my hometown, then I would have ended up getting an MBA just to regain societal respect!”

Jani states that the research on Einstein’s theory and gravitational waves astrophysics is one of the strongest areas in Penn State, where he studied. Also, the Astronomy & Astrophysics Department at Penn State has a strong culture of training undergraduates in research. “I was very inspired by the work of Abhay Ashtekar, who serves as the director of the Institute of Gravitation & Cosmos.”

“In fact, he convinced me to continue research in gravitational waves (instead of my infatuation with cosmology), so that eventually I could contribute to the LIGO-India efforts (back then a moonshot).”

When it came to his research, we let him do most of the talking, “In my first year of undergrad, I started working on a research project with Prof. Lee Sam Finn (a student of Kip Thorne, and one of the pioneers of gravitational wave astronomy). I worked on a joint NASA/ESA mission to send a satellite to space to detect gravity waves. These waves hadn’t been detected for almost 100 years.”

“By my Second Year, my interest and training grew further in gravitational waves, and I was invited to spend a summer at the Albert Einstein Institute (Germany). In my Third Year, I spent some months working on black holes at the Perimeter Institute for Theoretical Physics (Canada), where Stephen Hawking serves as the Research Director (and I had lunch with him!).”

“Joining a PhD programme in gravitational wave physics seemed a natural transition after all this research exposure. The Center for Relativistic Astrophysics at the Georgia Institute of Technology was one of those very few places where one can learn the sophisticated numerical infrastructure that is required in computing space-time behaviour (aka Einstein’s gravity) in extreme astrophysical conditions, such as the collision of two black holes. Such collisions also release a short burst of four-dimensional ripples in the space-time fabric (i.e. gravitational waves).”

“At the heart of this is the quest to solve Albert Einstein’s General Relativistic Equations (field equations) on some of the world’s fastest supercomputers available for civilian use.”

“When I started my PhD, I was hesitant about the existence of black hole collisions (technically ‘binary black holes’). In fact, one of the giants of the field had specifically commented on my work. He said that if binary black holes existed, we would have found their evidence by now with electromagnetic observations. He recommended that I would be better off investigating more probable scenarios like mergers of two neutron stars.”

“But this is where having good advisers (and a bit of luck) helps, and I expanded my PhD research into the observational aspects of binary black holes using an experiment that will be mentioned in history books for centuries to come – LIGO. My primary task is to look for heavy binary black holes (greater than 50x mass of our sun). I do this without applying any model or assumption on the underlying physics during such black hole collisions. I was a resident/LSC fellow at the LIGO detector in Louisiana, where I obtained more hands-on training.”

“Standing next to the long LIGO vacuum tunnel was a reminder of human persistence to understand ‘our universe’ rationally.”

“On September 14, 2015, a signal with cosmic origins 1.5 billion light years away reached Earth. It spent just half-a-second on Earth, but changed many things. For one, it temporarily ‘distorted’ everyone and everything on this planet. Secondly, it allowed me and my group to apply supercomputer simulations with the recovery of the signal without any model.”
Promotion

“By applying very minimum assumptions, we, along with other LIGO researchers, proved that the signal is indeed a gravitational wave from a collision between two black holes, total mass around 60x our sun, and precisely as predicted by Einstein’s equations 100 years ago. The fact that binary black holes exist in the universe provided the astrophysical angle to my PhD thesis.”

“The next task was to search for even bigger black holes (hundreds of times larger than Sun) using LIGO. A recent study that I led surveyed the universe upto 5 billion light years (about 100 million galaxies) away. In none could we find any black holes heavier than the first detection!”

“This hints that there may be a limit on how big a black hole can grow from stellar processes.”

“My PhD thesis was on end-to-end investigation of binary black holes using supercomputer simulation and the LIGO experiment. Defending it earlier this year, I also discussed constraining their existence in the universe. It seems the collision of black holes will remain the dominant astrophysical topic in this decade of gravitational wave astronomy. So post-PhD, they still fascinate me.”

LIGO is a gravitational wave observatory which detected gravitational waves back in 2015 for the first time. A detector in India, aptly named LIGO-India, has received in-principle approval from the Indian government and is being planned for construction. We asked Jani about his thoughts on it.

“The scientific case is very strong. We needed a third LIGO detector as far as possible from the current ones. Then we can pinpoint where the signal came from in the sky. Pointing massive electromagnetic telescopes at that patch can check if the black hole collisions release any radiation beyond gravitational waves.”

“Also, a recent study by P. Ajith’s group showcased that we can better constrain the intrinsic parameters of binary black holes with a third LIGO detector.”

This is a rare opportunity for Indian scientists to participate in and lead a new field of science. LIGO is the first generation of gravitational wave detectors. The next generation will be even more ambitious, and much more experimentally challenging. By bringing LIGO to India, we have ensured that a human resource in the country. These people will contribute for decades to come and expand our current understanding of the universe.

There is of course national pride in seeing our home-grown science develop (like with ISRO), which channels into science education and building the R&D infrastructure of the nation.

When asked about when he’s coming back to India, Karan responds, “As soon as possible! There is such a huge student-base in India which wants to engage in research. We have to tap and nurture their interest, instead of losing them to mediocre MBA/engineering college programmes.”

Promote Science dedicates this article to Prof. C.V. Vishveshwara, fondly known as the “Black hole man of India”, who passed away on 16th January, 2017. Prof. Vishveshwara was one of the pioneers of the study of black holes. He discovered the quasi-normal modes of black holes. The LIGO detectors detected these vibrations of black holes, enabling humankind to begin listening to the music of the Universe!

For more information, write to Promote Science, and visit us online.