Designed by 12th grader Rifath Sharook, the satellite has been named KalamSat in honour of the former President of India, Dr APJ Abdul Kalam.

Rifath Sharook, an 18-year-old student from Tamil Nadu, is currently feeling on top of the world. Perhaps, to be more accurate, he is feeling ‘out of the world.’

After all, the Grade 12 student has not only designed the world’s lightest satellite but his design will be launched in June this year from a NASA facility.

Rifath, who comes from a small town called Pallapatti in Tamil Nadu, won a competition titled Cubes in Space, that had been organised by NASA in association with an organisation called I Doodle Learning.

The satellite, which is made from 3-D printed carbon fibre, weighs no more than 64 gm. That’s even lighter than a smartphone! 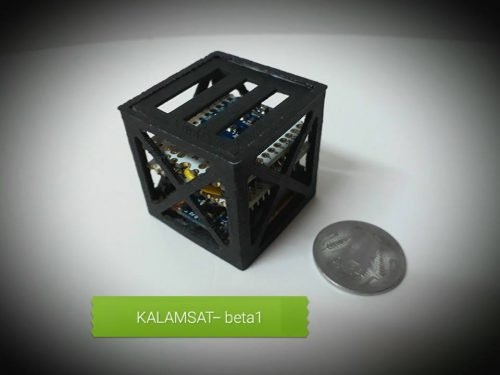 According to the teenager, the satellite will be operational in micro-gravity environment of space for 12 minutes and will be used to exhibit how this particular type of carbon fibre will perform in such conditions.

Speaking to Business Standard, he noted, “We designed it completely from scratch. It will have a new kind of on-board computer and eight indigenous built-in sensors to measure acceleration, rotation and the magnetosphere of the earth. The main challenge was to design an experiment to be flown to space which would fit into a four-metre cube weighing 64 grammes.”

You may also like: Indian Students Build Vehicle to Navigate Celestial Bodies for NASA’s Rover Challenge

The satellite has been named KalamSat, in honour of former President of India and revered scientist, Dr APJ Abdul Kalam. It will be launched in a sounding rocket and the mission will last a total of 240 minutes.

This would be the first time an Indian student’s design will be launched by the prestigious space agency.